THE brows may have been furrowed and the smiles curt, but there seemed to be some much-needed agreement and cooperation between state and federal governments at Friday’s Council of Australian Governments’ energy council meeting in Perth. 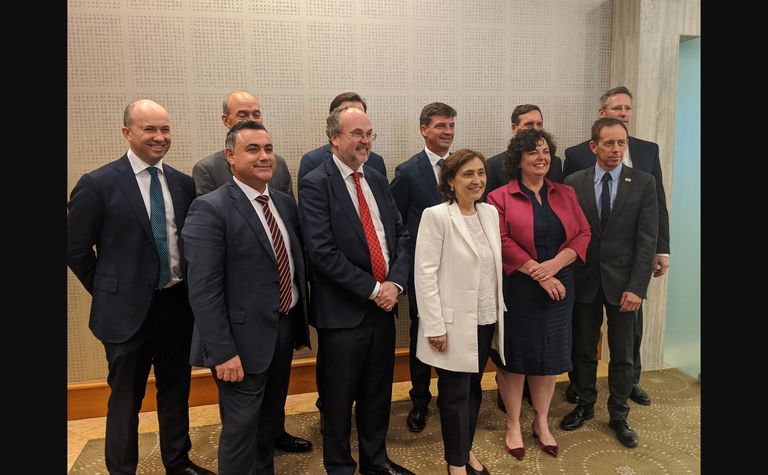 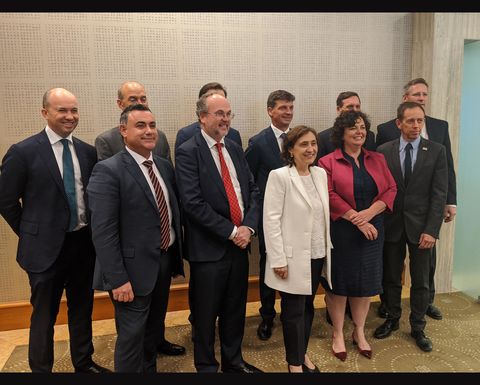 Energy and emissions reduction minister Angus Taylor has called for the next COAG meeting to be held in March, a far cry from the gap of over a year between the last meeting in 2018 and the one on Friday.
As well as endorsing Australia's chief scientist Dr Alan Finkel's National Hydrogen Strategy, the council's communique focussed on the development on the Australian Electrical Market Operator Integrated System Plan for 2020.
The government is pursuing bilateral deals with the states on key transmission projects, one of the key recommendations by AEMO, including the KerangLink, HumeLink, MarinusLink and Energy Connect.
The council has asked the Energy Security Board to prepare advice on a fair cost allocation basis for interconnector projects, as part of its work to action the 2020 Integrated System Plan, which will be presented to COAG when they meet again in March.
The communique also stated that the ESB will fast track to progress renewable energy zone connections.
"We need to make sure our network is fit-for-purpose and ready to take on those new sources of power to move across all jurisdictions," Victorian energy minister Lily D'Ambrosio told media after the meeting.
Much of the focus was on tasking the ESB to review the electricity reliability standard in preparation for a review in March.
"This is important work, because what it will ensure there's enough firm generation in the market place to keep the lights on and put downward pressure on prices in the coming years," Taylor said.
The reliability standard requires at least 99.998% of forecast customer demand to be met each year and is reviewed by the independent reliability panel, which includes large energy users, consumer groups, industry and AEMO.
However this is exactly the opposite of what a range of energy stakeholders wanted the council to focus on.
In a joint statement released last week by the Australian Energy Council, Business Council of Australia and Energy User's Association of Australia, the companies urged COAG to not fast track a review process, instead saying the council should be focusing on policies to integrate reliability, affordability and emissions.
An AEC spokesman told Energy News there is already a process in place under which a Reliability Panel undertakes regular reviews, and urged caution in raising the standard, as it could inadvertently raise prices.
"We can understand why the government wants to review the reliability standards, but it needs to be considered very carefully," he said.
"The risk is, as we said before that meeting, that you bump up the cost of supply to end users."
On the emissions front, Taylor said the council had not discussed post-2030 emissions reductions targets, however the Pacific Island Forum communique signed by Prime Minister Scott Morrison in August said Australia would produce a 2050 strategy to reduce emissions by next year.
Taylor also told media he would be attending the next UN Climate Summit in Spain next month.
In the meantime, Taylor said Friday's discussions focussed on "technology solutions" as part of the government's recently announced $2 billion climate solutions package.
D'Ambrosio, who has been the subject numerous attacks from Taylor over the state's renewable energy targets, said she was "very pleased" with the progress made on Friday but said there was much more work to be done.
"We've made some good head way today, but we need to listen to the challenges we're all facing," said. 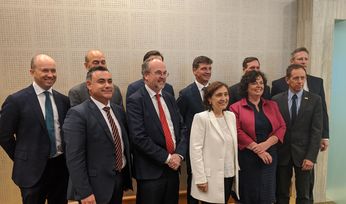 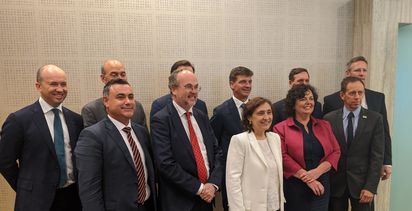