THE Conservation Council of Western Australia is working to get 10,000 submissions to the Environmental Protection Authority against Woodside’s proposed Burrup Hub development by tomorrow. 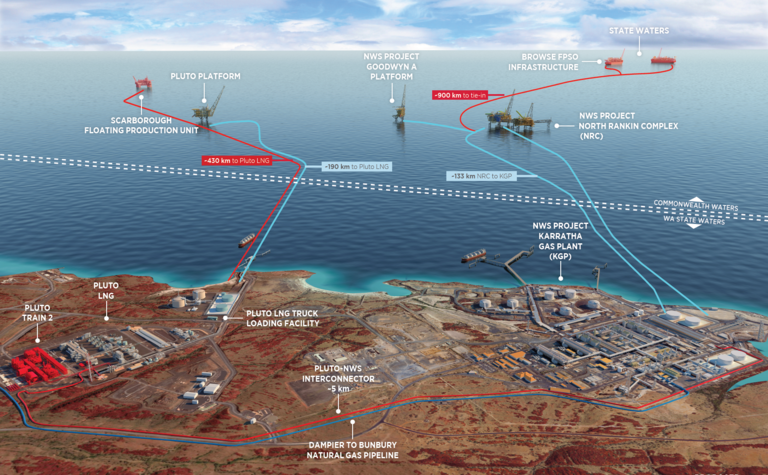 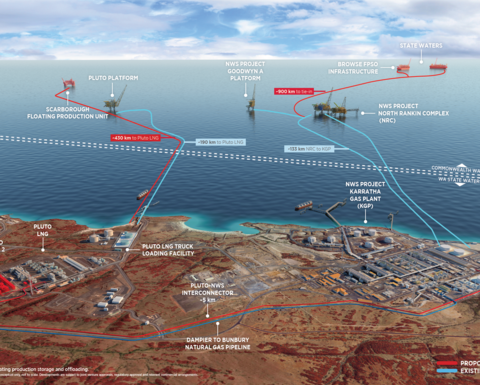 As of last night they had 7,000, they told a meeting.
More broadly the CCWA and allied organisations like the anti-gas Clean State are hoping  to start an anti Adani-like movement to derail or at least cause difficulties for the Burrup Hub, which will take in development of the Scarborough and Browse gas fields and brownfield expansions of existing infrastructure like the one train Pluto LNG plant.
According to the CCWA, the EPA believes there isn't much public interest in the project, which Woodside suggests will deliver over 4,000 jobs, something backed up by an ACIL Allen report from last year.
The conservation organisation has launched a last ditch effort to change that, with petitions and meetings.
It will also release a new report outlining its own estimates of the emissions from the Browse and Scarborough projects.
The CCWA suggests Woodside's flagship project will be "far worse" than Adani's maligned Carmichael coal mine in Queensland with lifetime CO2 emissions equivalent to 35 coal fired plants (if you use a Western Australian one as a unit) and will commercialise "the world's dirtiest gas".
"It's the largest ever polluting project in Australia. It's a pretty risky investment as well," CCWA director Piers Verstegen said.
While Verstegen accepts it is too late for the government to stop the project he would like the company held to higher emissions standards. At best, he is hoping one of the other majors like Shell or BP might pull out citing public climate and emissions commitments made.
The environmental assessment for the Burrup Hub isn't subject to one assessment or set of approvals which would take in on- and offshore developments but rather a series of state and Commonwealth permits for different parts of the project, something Verstegen suggests is deliberate so total project emissions are harder to calculate.
From reading the environmental plans and other publicly available Woodside submissions the CCWA suggests lifetime emissions, that is to 2070, of over six billion tonnes of CO2, which include scope 3 emissions or those from burning the product.
All of this is "totally inconsistent" with CEO Peter Coleman's pubic commitments to reduce emission and address climate change, and is also inconsistent with partners BP's and Shell's climate commitments.
He also said Woodside's own emissions calculations did not account for venting the CO2, of which the Browse fields have a lot, offshore nor the energy needed to stimulate what are lower pressure fields.
"That's 3.5 million tonnes of CO2 before it gets to shore," he said.
The room was visibly horrified.
However what really got the room muttering was the possibility of a Queensland CSG-to-LNG analogue.
He suggested that Perth Basin gas is already earmarked for export via the North West Shelf, likely basing this on the persistent but unconfirmed reports the Waitsia field owned by Beach Energy and Mitsui may act as backfill before the Browse fields come online.
Mistui and Mitsubishi's joint vehicle Japan LNG have a one sixth stake in the North West Shelf facility.
If the trains can't be filled or the Browse fields decline - in many years to come --- "they're going to start demanding gas from other sources" which could lead to 10,000 fracced gas wells in the Perth Basin, he suggested.
That is far more than has been drilled in the decades-long, largely conventional history of the area.
"There hasn't been much demand for gas so far. The Burrup Hub would change that dramatically."
Though Perth Basin players do have the option to frac since the moratorium on the practice was lifted last years none have expressed any interest.
After the May Coalition win suggesting an anti Adani-like movement might be counterintuitive but the CCWA and others are determined to fight on multiple fronts, hoping environmental groups over east will start to pay more attention.
He also hopes to take a path many activists are now headed down and go after institutional investors and financers.
Highlighting the danger to Indigenous rock art in the area, and sea turtles at the Scott Reef, will be another move. 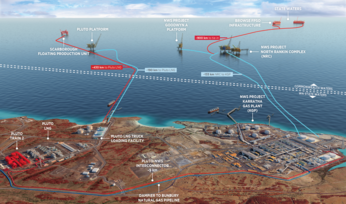 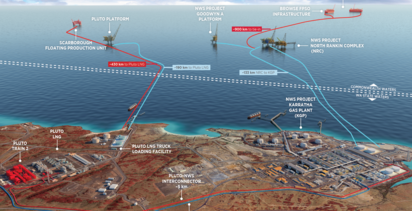