AUSTRALIA’s chief scientist Dr Alan Finkel is seen by the oil and gas industry as a friend given his reasoning that any hydrogen economy must be backed by hydrocarbons as it gets off the ground. 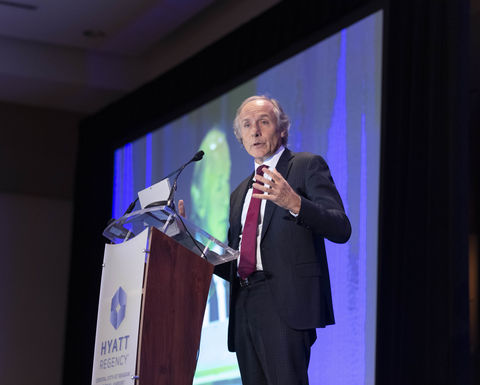 However this line reasoning isn't shared by all his peers. A group of 25 prominent scientists sent an open letter to Finkel today, attacking his climate credentials and conflating his support for using natural gas to make hydrogen with federal government plans for a gas-fired economic recovery.
Many signatories were lead authors with the Intergovernmental Panel on Climate Change, whose 2018 report found climate change occurring faster than previously believed and that limiting a temperature rise to 1.5C above pre-industrial levels and not the 2C agreed under the Paris Convention would be the best way to limit the irreversible effects.
"We are writing to you as Chief Scientist with our concerns about your strategy for dealing with climate change, and to offer any scientific advice that you might find useful on climate change issues," the letter said.
It was apparently Finkel's pre-COVID-19 February address to the National Press Club which prompted the letter over six months later.
He said that in any "orderly transition to the electric planet" gas will play a role first.
"There is a limit to how much solar and wind we can use and still retain a reliable system," he said.
"We need an energy companion today that can react rapidly to changes in solar and wind output.
"An energy companion that is itself relatively low in emissions, and that only operates when needed. In the short-term, as the Prime Minister and minister Angus Taylor have previously stated, natural gas will play that critical role."
Other scientists working for government agencies wanted to sign the letter, but could not lead author Professor Will Steffen, the founding director of the Australian National University's Climate Change Institute, told the Sydney Morning Herald today.
"Our concern, however, relates to the scale and speed of the decarbonisation challenge required to meet the Paris Agreement, and, in particular, your support for the use of
gas as a transition fuel over ‘many decades'.... There is no role for an expansion of the gas industry," the letter said.
"The combustion of natural gas is now the fastest growing source of carbon dioxide to the atmosphere, the most important greenhouse gas driving climate change."
Finkel's hydrogen plan does not propose combusting natural gas but using steam methane reforming to split the gas into hydrogen and carbon and then sequestering the latter underground.
He has however suggested gas may be needed to back up increasing amounts of renewable power in the grid, especially as baseload coal-fired stations are shut down in decades to come.
According to the Australian Energy Market Operator's latest Integrated System Plan, new batteries will be more cost-effective than gas-powered generation in the 2030s, and Australia's climate commitments would impact investment for gas-powered generation.
"While in principle CCS (Carbon Capture and Storage) could extend the life of
fossil fuels -for example, for use in the production of hydrogen -CCS technology
is still far from being technologically and economically viable," the letter continues.
"The renewable energy-based alternatives are already technologically ready, less expensive, and more widespread, capable of delivering economic and employment benefits
across regional and rural Australia."
There are multiple carbon capture and storage projects operating globally but still not at the scale necessary to seriously abate emissions.
Chevron's Corporation's CCS project on Barrow Island as part of its Gorgon LNG project has name plate capacity of 4 million tonnes of CO2 per annum, but took a serious reputational hit given it came online three years late.
At this point most global analysis suggests green hydrogen --made from using renewable energy powered electrolysers to cleanly split water into its components -- is not yet cost-competitive with blue hydrogen made from methane and CCS, but will likely become cheaper by 2030 and beyond.
"Blue hydrogen costs are lower today than other forms of hydrogen production, at US$1-3/kg for blue hydrogen versus $6-7/kg for green hydrogen," a comprehensive report from AllianceBernstein said last week.
"By 2050 green hydrogen costs could be down to $1.4/kg and down to just 60c/kg when best quality renewable assets are combined with the lowest electrolyser costs."
Finkel was tasked with studying the development of hydrogen by Canberra in 2017 and after initial skepticism became a convert, outlining since 2018 his view of how to create the gas cleanly to use in heating and city pipe systems and superchill and compress for export to Australia's largest LNG markets.
He has whole heartedly backed the high cost brown coal-to-hydrogen project in Victoria's La Trobe Valley for its value as a way to use an otherwise stranded resource, test the state's offshore carbon capture and storage project and trial Japan's Kawasaki Heavy Industry's plans to freeze the gas to its -253C liquefaction point then transport it via specially designed ship.