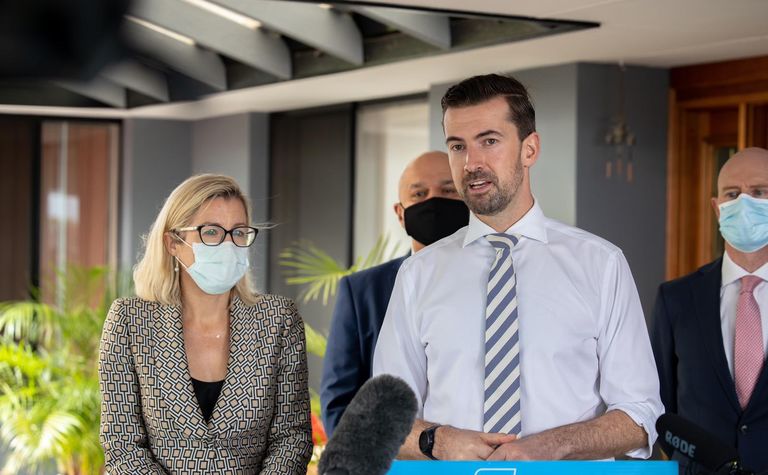 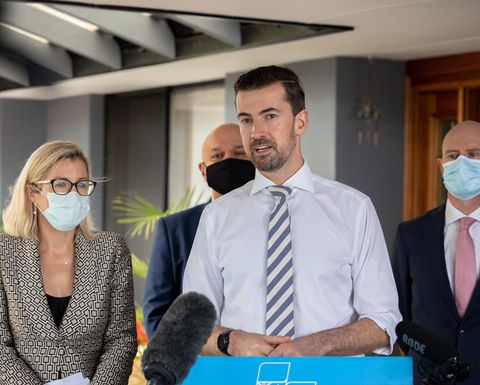 Unveils climate and energy policy to take on Labor

The New Energy Jobs Plan would involve the government underwriting the development of a 1.5 gigawatt wind and solar farm between Geraldton and Shark Bay, backed up by a 500MW battery that would power Perth, the South West, the Wheatbelt and Kalgoorlie.

The A$3 billion hub would be underwritten by state-owned retailer Synergy, by making itself the hub's main customer. Around $500 million would be spent by the private sector to fund a transmission buildout for the hub.

The second phase of the project would see 4.5GW of wind and solar built by the private sector to power a green hydrogen hub at Oakajee port near Geraldton with a nameplate capacity of 250,000 tonnes per year which would then be exported to countries like Japan and South Korea.

"Just like we did with the North West Shelf Project, the Liberals have a vision to take WA forward and construct the next generation of new energy jobs and prosperity for Western Australia," Kirkup said.

"It's a mega-project, building the largest renewable energy project in Australia's history, with wind, solar and large-scale batteries that will transform WA's energy system for the next 50 years and give WA fuel security and energy independence."

Referring to Fortescue Metal Group chair Andrew Forrest's grand proclamations that green hydrogen could generate revenues of up to US$12 trillion, Kirkup said WA could not afford to miss the hydrogen boat.

"If we get this right, the impact could be nothing short of nation building," Kirkup said.

The McGowan government has announced its own ambitions to turn Oakajee into a green hydrogen export hub, receiving proposals from supermajors and international consortiums last month to build the project.

Of the submissions, 16% of the parties indicated they would be willing to develop and finance the project's entire supply chain.

The Liberal Party's plan would be part of its broader A$400 million policy to reach net-zero emissions across state-run power and infrastructure facilities by 2030, with Kirkup saying it was about the government "leading by example".

The target would not be applied to the private sector, despite the majority of Western Australia's emissions coming from the mining, oil and gas industry - particularly from LNG facilities.

The target would mean the state-owned Muja and Collie coal-fired power station would close by 2025. Labor so far has said two operating units at Muja would be retired in October next year, and a third would close in 2024.

Kirkup also said he would decarbonise the public transport system and the state's fleet of vehicles by the end of the decade.

"We need a jobs plan to take WA forward. The Liberals' New Energy Jobs Plan is the biggest jobs plan for WA in generations and will lead us forward into a post-COVID recovery," he said.

The Labor government has announced a 2050 net-zero state-wide ambition, however has not released any interim targets.

At a press conference on Thursday, premier Mark McGown described the policy as "yet another uncosted thought bubble".

"On the eve of an election, suddenly the Liberal Party that for 10 years has fough any action on climate on renewables or hydrogen, suddnely embraces all of them. They cannot be believed," he said.

It is predicted the Labor government will remain in power in the March 13 election, given the soaring popularity of the premier and the government's response to the COVID-19 pandemic. Kirkup has admitted himself that his party is the underdog.

Article updated to include comments from premier Mark McGowan. 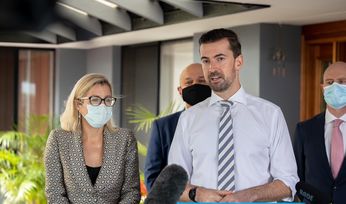 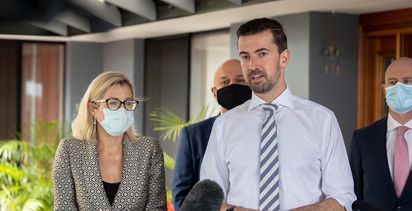