THE Albanese government has secured support from the Greens to pass legislation locking in a 43% reduction of emissions on 2005 levels. 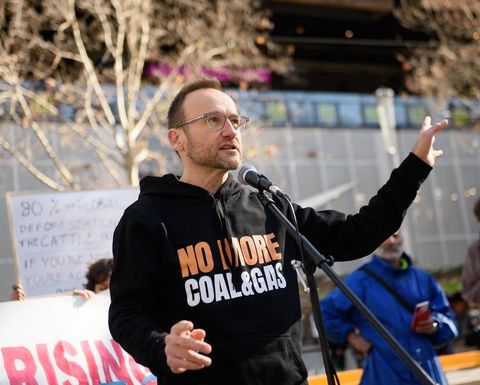 In an address to the National Press Club on Wednesday, Greens leader Adam Bandt announced support for the government's bill but said he was bitterly disappointed new oil and gas projects would not be banned.

During negotiations, the Greens attempted to wedge the Labor government into banning new oil and gas projects in exchange for the support of the bill.

"Their position is ultimately untenable," Bandt said of Labor's position.

"They can't go to upcoming climate summits, vowing to open new coal and gas project and expect to be taken seriously."

The climate bill will likely head to the Senate this week and once signed by the governor general will bring into law the 43% reduction in emissions by 2030 target. It will not be supported by the Dutton opposition or Nationals.

Meanwhile, the Greens have taken another route in their mission to kill of Woodside's Scarborough project, announcing they will amend the Environment Protection and Biodiversity Conservation Act.

The EPBC Act is the federal environment law, and currently does not require the environment minister to assess emissions of proposed projects before approving them.

"This is round one, there is three years of this parliament," Bandt told journalists.

"The climate crisis is caused by the mining and burning of coal oil and gas, you not end the climate wars by opening more coal and gas mines.

"At some point in our history we have to decided it is time for no more coal and gas projects. The United Nations believes it's time now."

Bandt went on to say the Greens would campaign to launch a new Senate inquiry into new oil and gas projects.

"The fight begins now to get Labor to stop opening coal and gas mines," he said.

"The Senate inquiry will be critical as we expect it to show that the government cannot meet even the weak targets in this legislation if it opens new coal and gas projects."

Not only will the Greens look to a new inquiry, but they plan on rejecting any future "handout" in the form of subsidies and grants to the oil and gas sector.

Bandt said the party would comb through budget documents later in the year to remove any financial support to the energy sector unless it was for renewables.

The government has also agreed to Greens' demands to establish a so-called "transition authority" to help current oil and gas workers move into new jobs outside the industry.

"Over the next six to 12 month, the battle will be fought on a number of fronts," he said. 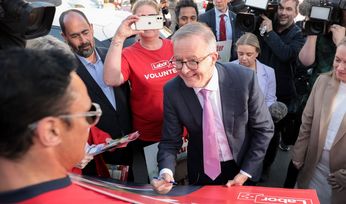 Meet the new ministers under Albanese

Morrison swore himself in as secret resources minister to cancel PEP11