AS HARDMAN Resources new owner continues its run of luck in Uganda, Australian petroleum explorers, including a new start-up, continue flocking to other parts of East Africa. Earlier this month, Irish company Tullow Oil, which completed a takeover of Hardman in December, announced that its latest Ugandan exploration well, Kingfisher-1, had flowed 13,893 barrels of oil per day.

The result “well surpassed” expectations, according to the chief executive of Heritage Oil, which holds a 50% stake in the project.

Further drilling at the Kingfisher prospect will start following the acquisition and interpretation of a seismic survey.

Before de-listing, Hardman Resources had touted Uganda as a “major new petroleum province” – a statement backed by its four consecutive oil discoveries.

As its partner in these discoveries, Tullow must have known it was onto a good thing – it certainly did not base its $A1.47 billion successful takeover bid on the under-performing Chinguetti project on the other side of the continent.

But Uganda was not the only legacy left behind by Hardman in East Africa.

Its former CEO Ted Ellyard has helped set up a new company, Key Petroleum, whose immediate focus after listing next month will be to drill two wells offshore Tanzania.

The Perth-based company, which last week launched a $19.2 million initial public offering, will pay 30% of these wells’ costs in order to earn a 20% interest in the Nyuni petroleum licence, which neighbours the producing Songo Songo gas field.

The Nyuni Block, in which 11 prospects and leads have been identified, is located in the southern portion of the Mafia Basin.

Although the Mafia Basin is considered to be gas-prone, limited exploration in the region to date means Key is not ruling out the possibility of discovering oil pools.

Hardman was no stranger itself to Tanzania. This time last year, the company farmed-in with Ndovu Resources to earn a 50% interest in an onshore and nearshore permit in the Ruvuma Basin.

Before Tullow’s $1.47 billion takeover was announced, Hardman had planned to start drilling in Tanzania this year.

Tanzania’s northeastern neighbour, Kenya, has proven to be an even more popular destination for Australian explorers.

The major has been exploring in Kenya since 2003, acquiring several offshore areas and upgrading its portfolio. It has a 50% operating interest in each of Blocks L5 and L7, in which it is partnered with UK outfit Dana and Brisbane-based Global Petroleum.

Woodside has identified about 50 prospects and leads, some of which it claims could contain between several hundred million and 1 billion barrels of recoverable oil.

But the failure of its first exploration well to find hydrocarbons has prompted the partners to cancel the drilling of a second wildcat while they reassess both offshore leases.

Thanks to a Kenyan Government extension, the JV now has until July 11 next year to decide whether to commit to a further well in either or both leases.

Woodside farmed-in to the L-5 and L-7 permits after dropping a drilling option with junior explorer Pancontinental Petroleum in 2005 regarding its nearby L-8 and L-9 blocks.

seismic over the area.

But Origin Energy was more enthusiastic, having now farmed-in to the region and recently completing its own $US4 million ($A5 million) offshore seismic survey.

Origin exploration manager Greg Pass recently told a Kenyan audience that there was a “significant geological difference” compared to Woodside’s exploration area and the one it now shares with Pancontinental.

Energy on their findings,” the East African Standard newspaper quoted him as saying.

Pass reportedly told the Kenya Marine Fisheries Research Institute that results of the seismic survey – undertaken by the MV Northern Explorer – have been taken to Fugro Seismic Imaging in Perth for further interpretation.

Following interpretation of the new seismic data and under the farm-out agreement, Origin has the option, before October, to proceed into the next permit year by drilling an exploration well in Block L-8 and earning up to 75%. The same option exists over Block L-9 the following year.

Two prospects in L-8 stand out. One called Tetere lies in about 500m of water and has bright spots on the seismic profile that interpreters believe indicate hydrocarbons. The other is a large anticlinal feature called Mbawa, which lies further offshore in about 1000m of water.

At the beginning of this month, the partners announced they had finished a

A BHP Billiton-operated acquisition of airborne gravity data using the

Falcon system over the onshore and offshore areas is expected to start any day now.

L-6 is a coastal block with about 30% of the area being onshore. Gippsland said the Falcon technology would be key to linking the onshore geology to the offshore and helping to unlock the basin’s structural setting.

Interpretation of the new seismic and Falcon data will be completed by August in preparation for the drilling phase of the program, it said.

In far northeastern Africa, another Australian junior has braved a lot of bad press to promote the petroleum and minerals potential of an under-explored, semi-autonomous state of Somalia.

At last report, Range Resources, which holds 50.1% of the rights to the resources of Puntland, said it had obtained “highly positive” data that reveals large potential for hydrocarbons in the Nogal and Darin basins.

Unlike its peers operating elsewhere in East Africa, Range’s decision to set up shop in Puntland has been the subject of much criticism, thanks to widespread violence in the region.

But the company has continued to attract international farm-in partners and announced in late January that it was planning to list on London’s AIM. 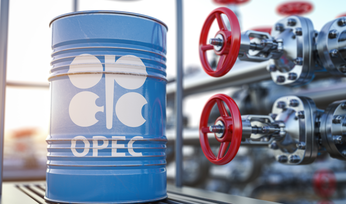 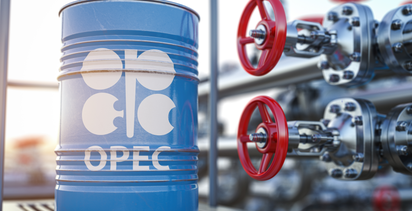