Seabed samples may bring big boys back to Bight

OIL exploration in the vast frontiers of the Bight Basin could be set for a revival following some important finds by Geoscience Australia. 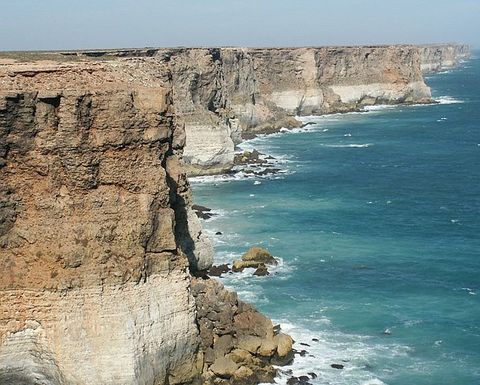 Seabed samples dredged during a three-week marine survey last year have provided the strongest evidence yet of petroleum source rocks in the basin.

Geoscience Australia petroleum and marine division chief Dr Clinton Foster said the new dredging results would attract a lot of attention and drive up exploration interest in the Bight Basin.

He also said geochemistry had tied the new petroleum source rocks to bitumen washed up on the Bight coastline.

"All these things indicate that a working petroleum system is in place," Foster said.

The Geoscience Australia discoveries could not come at a better time. The Bight Basin is one of the world's largest offshore frontier basins and is widely regarded as one of Australia's best hopes for reversing the decline in oil self-sufficiency.

The Bight Basin and its numerous sub-basins cover an area about the size of the Gulf of Mexico and contain a 15-kilometre thickness of sediments from Jurassic to Tertiary age. About 10km of the sediment sequence is a Cretaceous delta complex roughly half the size of the Niger delta.

Offshore exploration in the Bight began in the 1960s with geophysical surveys by Geoscience Australia's predecessor, the Bureau of Mineral Resources.

But the basin has remained vastly underexplored, despite significant oil and gas shows at Shell's Greenly-1 in 1993. The remoteness of the Bight, combined with the deepwater nature of its best prospects, have restricted exploration activity to only 15 or so wells in the past four decades.

More recently, explorers have all but given up on the Bight because of its high risk. Woodside and joint venture partner Dana Petroleum last year surrendered all their acreage in the Ceduna Sub-basin after seven years of exploration activity, including the ill-fated wildcat, Gnarlyknots-1A.

The $53 million well - the only deepwater well ever attempted in the Bight - was abandoned prematurely because of bad weather, without penetrating two deep objectives. However, excellent reservoir sands were encountered.

It is believed that Woodside, which had already spent more than $60 million, could not find a partner to share the risks of another exploration well.

And if Woodside can't justify exploring the Bight, then who can?

Santos has now also relinquished its Duntroon Sub-basin exploration permits, leaving two permits in the Bremer Sub-basin as the only active acreage across the Bight's 2000km expanse.

But the new evidence of rich hydrocarbon source rocks could dramatically change the risk equation when added to existing data that already suggests the presence of high-quality reservoir rocks.

While analysis of last year's marine survey is ongoing, there is a real chance that recent discoveries will lead the Commonwealth to release new Bight areas at next year's APPEA conference.

The Department of Primary Industries and Resources of South Australia (PIRSA) is believed to be pushing hard for the release of new offshore permits in that state.

Discoveries by Geoscience Australia from the collection of pre-competitive data have previously opened up frontier areas to commercial exploration, including WA's Bremer Sub-basin on the northwestern edge of the Bight.

Marine surveys in the Bremer as part of the Big New Oil program led to the award of two permits in 2005 to UK-based Plectrum Petroleum, which was acquired by Cairn Energy last year. But these permits do not include a commitment to an exploration well and there is uncertainty about the status of exploration programs beyond the end of this year.

The full results of Geoscience Australia's field survey in the Bight Basin will be presented in September at the Petroleum Exploration Society of Australia's 3rd East Australasian Basin Symposium in Sydney.

The latest discovery is the culmination of work by Geoscience Australia over almost a decade. A basin analysis study between 1999 and 2004 identified a series of potential source rocks, including marine or marine-influenced sediments that were predicted to improve as the basin deepened.

After reviewing all available seismic data, Geoscience Australia concluded that these potential source rocks should outcrop in the walls of a submarine canyon carved into the Eyre Terrace. This is on the seaward edge of the Eyre Sub-basin, which lies about 200km off the coast of Western Australia near the border with South Australia. This area became a prime dredging target - one of nine areas where seabed samples were taken by dredging, gravity cores and grab samples.

A total of 259 dredge samples were analysed for total organic content. Good to very good organic richness was found in 13 samples, with total organic carbon content ranging between 2.1% and 6.2%. Of these, seven showed liquids potential. The sample with the highest liquids potential also had the highest organic content, and may be classed as an oil shale after further analysis.

More sophisticated geochemical analysis is being conducted on a high-grade subset of the samples, most of which were taken from the Eyre Terrace. If Geoscience Australia's seismic interpretation is correct, these samples are likely to be from the upper White Pointer and-or Tiger sequences.

The Bight remains remote and expensive to explore, but the new evidence of a hydrocarbon system represents a significant lowering of risk. Coupled with the very large potential rewards of giant oil accumulations, this may be enough to draw cashed-up explorers back to the basin.

And as big oil frontiers become increasingly scarce around the world, the Bight may even show up on the oil majors' radars. At last month's announcement of the 2008 offshore acreage release, Geoscience Australia reported that international requests for its pre-competitive survey and well data now represented more than 50% of all the requests it received, up from only 13% in 2005.

Deadline runs out to drill in Great Australian Bight 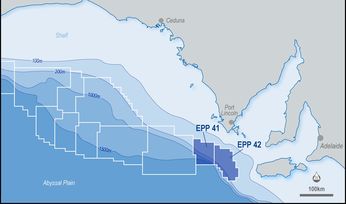 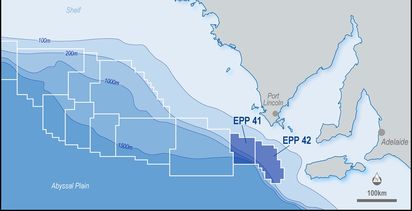 Ambitious energy bill could shake up Australia's grids if passed