The paper cited an unnamed source close to Qatar Petroleum International, the investment vehicle of the Qatari government, as saying that the fund wanted long-term exposure to alternative gas sources through direct equity investments.

"We don't see a country like Australia as a competitor but as an opportunity," the source told the paper.

"Coal seam gas is still in its early stages but we are interested in all of the opportunities across the oil and gas chain and if something comes up in Australia, we will take a serious look at it," he said.

BG is conducting an auction for the sale of a minority stake in its LNG project, and even though both the size of the stake and the potential for LNG offtake is up for negotiation, it is understood the sale is of only a stake in the liquefaction plant.

While the Qatari executive refused to be drawn on its participation in BG's auction process, analysts note that interest would be pretty high especially if an offtake deal can be struck.

And a direct equity stake is especially likely with Qatar's sovereign wealth fund recently disclosing a 2% shareholding in French energy major Total, which has a stake in the Santos-backed Gladstone LNG project.

The guessing game is still on: Hess is playing the cards close to its chest regarding which of the LNG projects in Western Australia will be the final destination of gas from its Equus field, The Australian reports.

Hess still is not giving an indication of who the gas will be sold to even though industry chatter has it that Woodside might clinch a deal for its Pluto expansion.

The paper cited documents submitted to the federal Environment Department in which Hess has asked for approval to sell its gas from 2018 to either Chevron's Wheatstone project, Woodside's Pluto or the Woodside-operated North West Shelf project.

It is understood that Hess is possibly closer to a decision as the US firm has stepped up its hiring, even though the company itself is sticking to its earlier decision of waiting until middle of this year before choosing a buyer.

Hess is hoping to make a final investment decision on Equus in mid-2013 with first gas and LNG being sold in early 2018.

Given the lead time of four to five years to move from an FID to a scheduled loading of first LNG cargo, it appears a final decision on either a Pluto expansion or Wheatstone expansion (depending on who Hess sells to) will be made next year.

Chevron's South American headache is getting worse, with prosecutors in Brazil acting to stop 17 Chevron executives from leaving the country as they file criminal charges against officials from Chevron and drilling contractor Transocean, AFR reports.

The move to prohibit the 17 officials from leaving the country comes as a new oil seepage emerges near the offshore well where at least 416,000 litres of oil spilled last year.

Officials targeted include George Buck chief operating officer of Chevron's Brazilian division. Prosecutors will be filing charges including "environmental crimes" in a federal court next week.

Last week, Chevron confirmed that there was a "small new oil seepage" and that it was working to collect the crude.

Brazil's National Petroleum Agency (ANP) said that the size of the leak was unknown and that it was detected as an oil slick appeared on the ocean surface. However, the agency said the leak was not coming from the well that leaked last year.

Chevron has asked ANP for permission to halt all production activities saying it wants to conduct a "comprehensive technical study" to better understand the reservoirs where it is drilling.

Conoco lowering costs rather than expanding 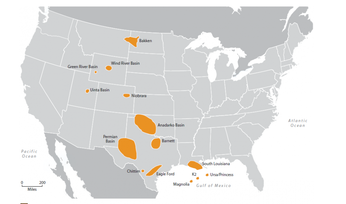 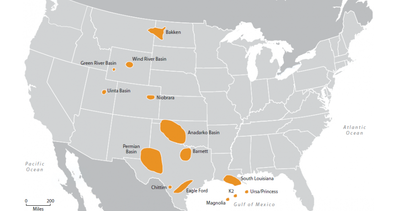