KEY Petroleum and its partners in EP 347 hope to ask "why not?" and approve the cheap but potentially significant drilling of the shallow Wye Knot-1 oil well in the Northern Perth Basin for next year, the junior has told Energy News. 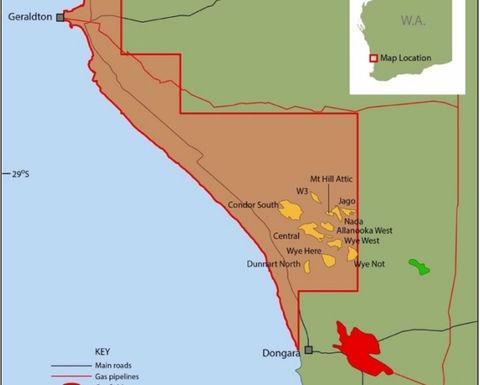 Key managing director Kane Marshall said the Perth-based concern had set aside its international ambitions and is "on the warpath" for bolt-on assets at its holdings in the Perth and Canning basins, but in these cash constrained times the drilling of Wye Not-1 is the main focus for 2017.

Success within EP 437 could open up the oil prone area of the onshore Perth Basin to the north. The block is 10-20km north of Cliff Head, Dongara and Jingemia/Hovea oil fields in an underexplored part of the basin.

Key (43.47%), Pilot Energy (13.06%) and Rey Resources (43.47%) are considering drilling the well to a modest depth of 650m to investigate a potential oil leg associated with the Wye-1 dry gas discovery made in early 1996 by Eric Streitberg's Discovery Petroleum.

The sub-commercial Wye gas discovery was similar to the massive Dongara field to the south, but was not in equilibrium with the field and has never been followed up.

By stepping out, Wye Not-1 will allow the partners to investigate the potential for an oil leg below the gas play encountered in Wye-1 in the Triassic Bookara and Arranoo Sands in addition to testing the potential of the Permian sequence which was not intersected at Wye-1.

"We would like to drill in this under-explored part of the basin, and we have learnt a lot from previous drilling at Dunnart, and from what we are doing on (the adjacent) WA-481-P, and it appears to ourselves and Pilot that no-one has worked up this area before," Marshall told Energy News.

"We like the prospect, it's a smaller Dongara-Hovea lookalike, but it has a lot of the key ingredients and it is a good time to drill wells.

"The major issue is around timing, because there are a few things out of our control."

Marshall said the JV partners still need to fully align on the drilling and deal with a few external issues.

Not only is the land that hosts Wye Not up for sale, the well needs to be drilled between harvest and sowing, and an initial idea of drilling in February-March may be difficult to meet.

The commitment well needs to be drilled by November.

AWE is using Enderdrill's Rig-1 for its two-well appraisal program in the Waitsia field, and the same rig is expected to drill Norwest Energy's planned Xanadu-1 well, but Key doesn't need anything that big.

"We think we'll have favourable well costs, and we are looking at a couple of million barrels recoverable, or more looking at the on-trend fields at Yardarino and Dongara. After the work we have just done it looks a lot more attractive," Marshall said.

Wye Not-1 is expected to have total costs below $2 million.

Of course, that's still a fair whack of change given each of the partners has less than $1.5 million in the bank.

Marshall said Key and its partners have completed a lot of technical work to understand Why Not and the Perth Basin, but the prospect looks robust.

He said there was also an oil leg at Dongara, found with the Dongara-8 well, drilled three years after the gas field was first developed.

Wye-1 tested gas from two reservoirs, with the Bookara and the Arranoo sandstone reservoirs flowing 4.4 million cubic feet per day and 2.5MMcfpd respectively.

Neither of the reservoirs exhibited a water leg, and both exhibited good live oil shows during drilling suggesting that the reservoirs may have originally been oil-filled at the Wye-1 location, with the oil being displaced to a down-dip oil rim by subsequent gas migration.

Drilling at fields such as Hovea has established a dual charge model of oil then a later gas charge in the northern Perth Basin area.

Key believes the gas was generated from the Irwin River Coal measures and that any oil will be sourced from the Lower Triassic Kockatea Shale.

With little confirmed drilling onshore in Western Australia beyond AWE's Waitsia appraisal drilling, Key hopes the low costs at Wye Not-1 may be attractive for any partners.

"There is evidence of people wanting to do things, although money is an issue, but this target is quite attractive and people at the smaller end can get involve with," he said.

Much of the interest in the basin is captivated by the Origin Energy sales process, and when that is finalised it could leave parties with an unfulfilled desire to play in the basin.

They may look elsewhere for opportunities, as Key has just one of a number of drill ready targets being shopped around by the likes of Norwest and Empire Oil & Gas.

Both Key and Pilot are keen to see drilling in WA-437-P to give their shareholders some action.

"I think there is interest in the basin, but only on things that people can afford to do," Marshall said.

"For the well costs and the target, I don't think there is anything better in the basin to drill. "

Marshall believes Wye Not-1 has a one-in-three chance for success, and attractive economics, with an oil discovery needed to be just 500,000bbl to be economic, although the partners hope it will be several times that. 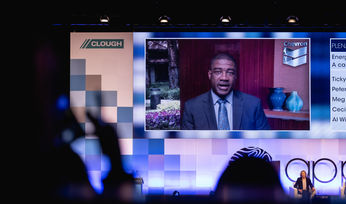