And the Auckland-headquartered company, which two years ago unsuccessfully tried to stop Royal Dutch Shell from buying Fletcher Challenge Energy, has spoken out for the first time on the continued spat between itself and Indo-Pacific.

Greymouth principal Mark Dunphy said he regretted having to take court action against Indo-Pacific, but the Canadian-incorporated company was refusing to meet Greymouth over its claims regarding Goldie.

"It's regrettable, but that's where it's got to. Unfortunately, they will not attend joint venture meetings or follow what we regard as normal oil field practice. We believe we have some pretty important things to discuss with them," Dunphy said from Auckland.

"We certainly consider that the current arrangements at Goldie have had and continue to have a significant negative impact on the ultimate recovery of hydrocarbons from Goldie."

Issues such as the flaring of Goldie gas were far from optimal and Greymouth had been trying for sometime to have Goldie gas piped to the nearby Kaimiro production facilities for processing and future sale.

Greymouth had also been trying to take delivery of all gas produced from the Ngatoro mining licence, not just from the Goldie pool situated within PMP 382148. Greymouth believed the Ngatoro joint venture operating agreement entitled it to do this and other things, Dunphy added.

Because Indo-Pacific had refused with meet Greymouth, Dunphy and fellow principal John Sturgess felt court action was warranted, as Indo-Pacific seemed determined to have these matters settled by a court or a third party.

It is believed the Goldie claims were filed in the Wellington High Court earlier this month and that no fixture date has yet been set for any hearing.

Indo-Pacific chief executive Dave Bennett has declined to comment on the specifics of Greymouth's claims, sketchy details of which first surfaced several months ago. However, more information was recently made available by his United States-listed company to its North American shareholders.

Shell New Zealand bought back into Goldie last year for an initial payment of about $US750, 000 and agreed to forego production worth about six times that amount. Fellow Ngatoro partner New Zealand Oil and Gas declined to buy back in to Goldie. Shell NZ later sold the former FCE 59.57% stake in PMP 38148, in which the Goldie and Tabla pools are situated, to Greymouth for an undisclosed sum.

Industry commentators say one or two of the Greymouth claims may have some validity, but they are dubious about the rest.

They also say this continued spat is costing both parties a fair amount of time and money, money which should have been spent on further exploration and appraisal of Goldie and other prospects within the licence, such as Tabla. They say Greymouth has asked that rig tenders be called again for the drilling of the Tabla-1 well, due to be drilled in the next two months, though Indo-Pacific had a rig under contract earlier in the year.

Greymouth may also be behind NZOG Services' recent newspaper advertisements, calling for registrations of interest for tendering for the operation of Ngatoro. Vause Oil Production Services has run Ngatoro field on behalf of operator NZOG Services for the past six years or so, but it is believed Greymouth is hoping for future significant savings in operating costs by calling for tenders. NZOG has declined to comment on this matter.

Former Antares exec-chair refusing to give up 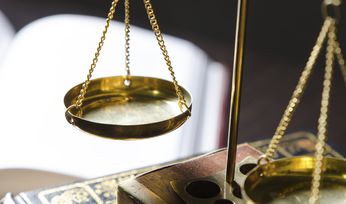 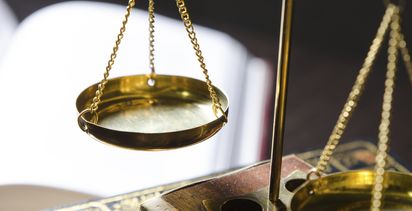