According to a report by consulting group, Douglas Westwood, global production of natural gas, currently some 2,600 billion cubic metres (Bcm), is expected to grow to 4,755 Bcm per year by 2025 an average increase of 2.75% per annum.

"Estimates of capital required for its exploitation range between $25bn to $40bn per year and total expenditure to 2025 may amount to US$630bn," said the company.

"Of this figure approximately $520 bn will be required to build infrastructure whilst the reminder will be for exploration and production. Considering LNG alone, we expect over $39 billion to be spent over the next five-year period on LNG plants, carriers and import terminals." These are amongst the facts & figures contained in a new study of future global gas supply launched today by energy analysts Douglas-Westwood.

Commenting on the results of the analysis, study author Dr Michael R. Smith of EnergyFiles Ltd. said "Natural gas is the only viable fuel that can link the carbon-based global energy supply used today to a renewables-based energy supply that will have to be used in the future. It is the only relatively clean alternative to oil and coal, fully supported by commercially effective production and distribution technologies - there is little doubt that natural gas will be the fuel of the future."

"Total remaining gas reserves and resources are huge, estimated at 275 Tcm with Russia holding the largest share. A significant portion is 'low risk' gas, located in the Middle East and other moderately remote areas. The remainder is 'higher risk' gas either located in technologically challenging (usually deep or deepwater) reservoirs, or in remote regions, especially Polar Regions," said Dr Smith.

"However, indigenous supplies are already declining in the three gas importing areas - North America, Western Europe and North Asia and around three quarters of new gas production will be traded across borders into these three regions" said Douglas-Westwood MD and study series editor John Westwood.

"The international gas supply trade is set to double from around 24% in 2003 to perhaps 50% by 2025", Dr Smith added, "a level at which oil trade is now. A surge in the build of pipelines across countries and borders is forecast. Pipes now convey approximately 94% of global gas (2,440 Bcm per year) and this will have increased to around 3,275 Bcm per year by 2025 but then representing 69% of global marketed gas." 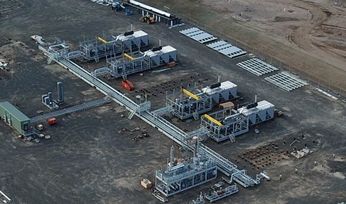 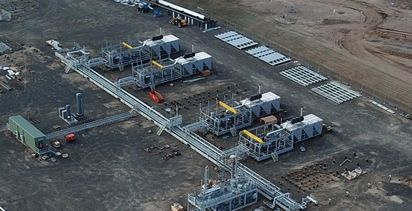