Slugcatcher sees the dark cloud behind the silver lining

PROFITS have never been better, thats the good news for the global oil industry. The bad news is that super profits are a red rag to a political bull and talk is starting to surface of a windfall-profits tax on oil companies.

So far, the talk has been largely confined to Europe where profit remains a dirty word on the socialist side of the political divide.

But, even Slugcatcher with his right-of-centre view on the world can see that any company earning profits of about $US2 million an hour is a sitting duck for the pro-tax lobby.

It was not so much the figure of $US2 million which sparked interest, it was the fact that this was the hourly profit level of Royal Dutch/Shell in 2004.

It even gave Slugcatcher pause for a few silly calculations such as $US2 million an hour equates to $US33,333 a minute, or $US555 a second... which makes tick, tick, tick on the wall clock a truly lovely sound.

Shell, of course, is not alone in the mega-bucks stakes.

BP, when it reports this week, will deliver a similar result, while ExxonMobil is already sitting at the top of the oil pile with its $US25 billion in profits for 2004.

Defending profits of that massive magnitude is easy for true believers in the capitalist system. They argue that it’s not just the simple dollar amount, it has to be seen as a measure of return on capital, and a measure of the risks taken in discovering, producing and marketing oil in a competitive environment.

Non-believers, and they may represent the simple-minded political majority, do not accept this argument – and may not even know what return on capital employed actually means.

This, in Slugcatcher’s view, is why the oil industry is facing an interesting dilemma called “having it too good”, and why it is time to spruik the argument about the importance of high profits in funding high-risk exploration.

Added urgency to pushing this particular barrow came when Slugcatcher was reading some of the contrary argument in a Scottish newspaper.

According to a story in the Aberdeen Press & Journal, Shell’s announcement last week of its $US18.5 billion profit has set pro-tax tongues wagging despite assurances from the British Government that it had “no plans to introduce a windfall tax on oil companies”.

That promise, however, appears to have a time limit which expires at the next British general election due in May.

After the expected safe return of a Labor Government in Britain it can be confidently expected that hard-line socialists will be arguing for just such a tax, as shown in this comment from the boss of the Transport Workers Union, Tony Woodley, who described the Shell profit as “quite frankly, obscene”.

Or a member of the British Parliament, Calum MacDonald, who said “These companies are making super profits and it will do them no harm if they were subjected to a windfall tax.”

It is comments like that which provide a clue to the direction the debate is heading, and the pressure that will build so long as oil prices stay high, and profit levels are carried even higher.

For the oil industry it may well be a case of stand by to repel tax invaders. 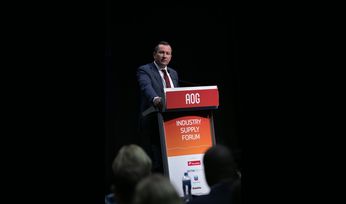 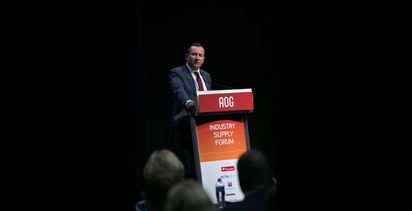