SHELL Australia's 2004 bottom line was cut by a series of planned and unplanned refinery shutdowns, but the company says it remains positive about the next 12 months. 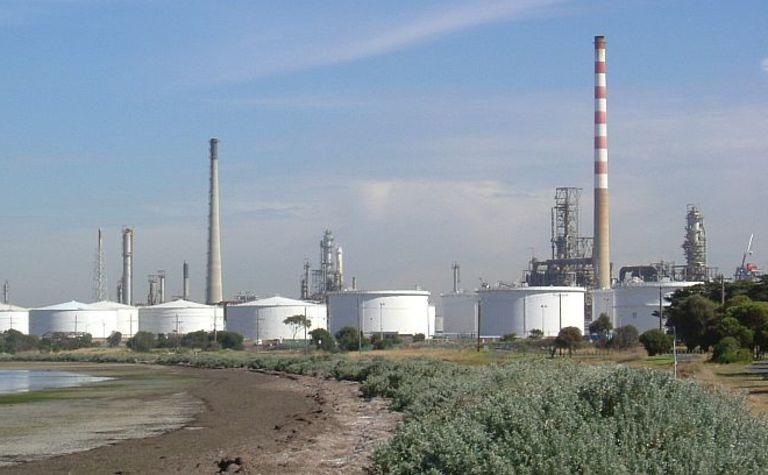 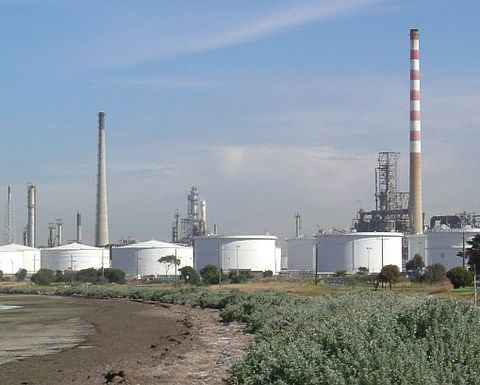 Bad news doesn’t always travel fast, with Shell only releasing its 2004 figures now in early June. The company’s Australian upstream and downstream businesses reported a total profit before interest and tax of $587 million for calendar year 2004 compared with $815 million in 2003.

Shell said its upstream business had been “robust”, but even here the corporation posted a drop in profit before interest and tax – $583 million, compared with $632 million in 2003.

"Revenue was boosted by higher oil and gas prices and increased LNG production, due to the commissioning of the North West Shelf's fourth LNG train,” Shell Australia chairman Tim Warren.

"This was offset by declining oil production from the mature Laminaria and Corallina oil fields and the 12 per cent currency appreciation against the US dollar which reduced the Australian dollar value of oil and gas exports. The net result of these factors was a decline in profit before interest and tax of $49 million."

Discussing downstream operations, Warren said marketing had been strong but refining had been hit by shutdowns.

Shell decided to delay refinery overhauls in 2003 because of security of supply concerns prompted by the invasion of Iraq.

But deferring those shutdowns until 2004 cost the company dearly commercially, as planned and unplanned outages last year all but wiped out refining profits.

Revenue for the year totalled $14.447 billion compared to $12.554 billion in 2003. The alliance with Coles Myer Ltd, in which customers with Coles supermarket vouchers get four cents a litre off their petrol purchases, had been a big success, boosting retail volumes by 30%, he said.

But refinery problems meant the company was forced to import against the spot market volumes to sustain its retail sales built on the back of the Coles Myer alliance.

Extensions of planned shutdowns in the Clyde and Geelong refineries, as well as some unplanned shutdowns, limited Shell's ability to capture the benefits of strong refining margins, according to Warren.

Shell will invest $140 million this year at its refineries to meet new specifications by January 2005 when petrol in Australia must contain less than 1% benzine. Another $130 million was being invested at the Geelong refinery for environmental improvements over the next five years.

Gorgon has awarded the front-end engineering design (FEED) and engineering, procurement, construction and management (EPCM) contracts for the development's upstream facilities to a joint venture between the Australian arms of JP Kenny and Technip. In addition, the North West Shelf Joint Venturers would soon make a final investment decision on developing a fifth LNG train, according to Warren.

He also said Shell Australia was confident that Gorgon partners would sign a multibillion dollar LNG sales deal with China, despite recent holdups in the long-running talks.

"Discussions are continuing and we're still as confident as we've ever been that we will get them to conclusion at some time," Tim Warren, chairman of Shell Australia told Dow Jones Newswires in an interview.

But he was unable to say when a deal would be finalised.

"These LNG deals are long-term contracts that take time. I think that both sides would rather get it right than actually set a deadline," he said.

The Gorgon partners signed an initial A$30 billion agreement in October 2003 to supply as much as 100 million metric tons of LNG to China National Offshore Oil Corporation [CNOOC] over 25 years.

A combined ownership and gas offtake deal with CNOOC was meant to be finalised by the end of last year. The talks also failed to meet a revised 31 March 2005 deadline.

Permits far northwest of Clio-Acme to be surrendered 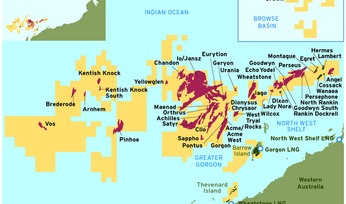 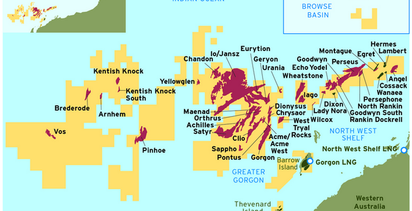 Union and official fined $50K for spray at Chevron workers