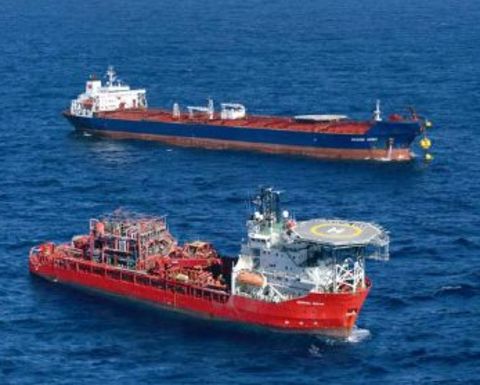 The Sydney-based company yesterday said the construction and diving support vessel has now installed the 70 tonne subsea manifold, which controls production from the project’s four completed Basker wells and one completed Manta well.

Crystal Ocean was this week fitted with a 7500hp compressor and associated facilities to allow it to handle the 35 million cubic feet a day produced with the oil. It will also enable gas re-injection into the Basker reservoir until the new gas project comes online.

Anzon said it expects to hook it up to the existing flowline to the manifold in the first week of November.

Meanwhile, the company said Basker Spirit had a new 14 metre bow loading extension installed while in Singapore to increase the distance of the offshore mooring from the vessel's below-the-waterline bulbous bow.

“Efforts are being made to have the Basker Spirit transport and deliver a load of fuel oil from Singapore to a location in Australasia to defray the cost of the return journey,” Anzon said.

The Basker Spirit is scheduled to return to the Bass Strait mooring in time to receive production from the Crystal Ocean.

It also said BMG is scheduled to commence full oil production at a peak rate of about 25,000 barrels of oil per day (bopd), while net oil production is expected to rise from 1.2MMboe in 2006.

Anzon is aiming to have first commercial gas flow from BMG in January 2008, with a project life to 2020.

BMG lies 70 to 75 kilometres offshore southeastern Victoria, in a water depth of about 110 to 200 metres.

Anzon and Beach Petroleum each hold a 50% stake in the joint venture.

Cooper to take all in decom EP 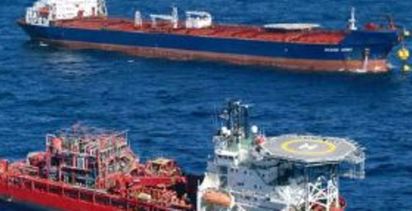