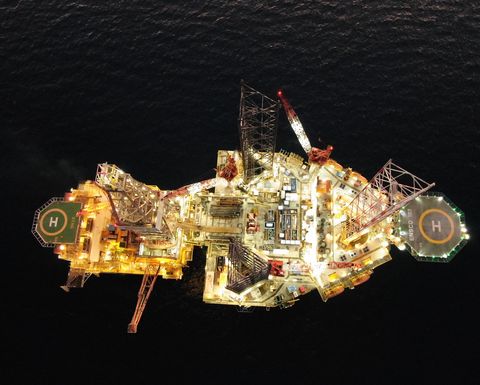 In late September it was revealed that an oil spill occurred at the Stag A platform in the WA-15-L production license on the North West Shelf.

According to operator Jadestone the spill was under 80 litres of oil and did not need to be reported to the national regulator, though it did so in any case. Jadestone said it mobilised a CHC helicopter to assess the situatio and used aerial view photographs to calculate the quantity of the crude leaked into the sea.

However, union group 'The Offshore Alliance' which have several members who work on the Stag platform claim the spill was over 10,000 litres over several days from a 4-kilometre pipe. Energy News has been unable to verify the size or origin of the spill.

These two separate estimates have led local MP Robin Chapple to call on the federal and state government to "overhaul" reporting requirements and make incidents public.

Currently the only way oil spills are made public are by industry reporting events to the national regulator, the National Offshore Petroleum Safety and Environmental Management Authority (NOPSEMA).

NOPSEMA is then obliged to publish incidents on its directions and notices board on its website.

However, it can take many months for incidents to become published, and outgoing Greens MP Robin Chapple said that "is not good enough."

Jadestone's recent spill, caused by a brakeaway coupling failure, has by Chapple's calculations, spilled as much as 127,000 litres of oil based on the length, and width of a 4-kilometre pipe connecting subsea wells to production equipment.

However, this cannot be verified and has been vigorously denied by Jadestone, which said the spill volume was 68.25 litres calaculated using the ITOPF Aerial Observation of Marine Oil Spills and Marine Pollution Methodologies.

Chapple said he was skeptical of Jadestone's own estimate and that cited his experience "discovering" the Montara spill from 10 years ago. The Montara spill was the worst spill in Australian history and is still before the Courts.

Chapple and his federal counterpart, senator Rachel Seiwert filmed the oil spill from an aircraft back in 2009.

"The regulator didn't even know about the Montara spill until we went out and filmed it," Chapple said.

He said regulatory requirements needed to be overhauled to provide more transparency at a faster pace.

"We should have known about the Jadestone oil spill at Stag weeks' ago. It should have been published in the public domain and made public through a freely accessible register within 24 hours of it happening," Chapple said.

To date, no such register exists.

"The fact that it has been over three weeks will mean the light crude produced from Stag will have dispersed and we will not be able to quantify the damage or necessarily know how much oil has been spilled," Chapple said.

He said there was a "gung-ho cowboy attitude" taken by companies regarding their spill reporting obligations and that there needed to be a new level of accountability "through a public register of spills that was regularly updated."

"Because these events occur remotely, they are often out of sight and out of mind, unless workers rock the boat," Chapple said.

"There have been significant issues with Chevron's Gorgon project on Barrow Island which have gone unreported for long periods of time. The same could be happening on the North West Shelf, we just don't know."

To isolate, or not to isolate? 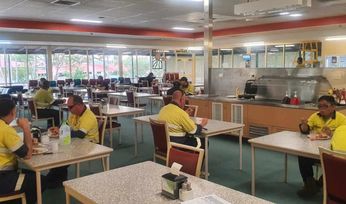