WIND energy is more costly than fossil fuel-generated electricity and far less reliable. Wind speeds fluctuate widely every day and when the wind drops, so does electricity generation. The big question is whether wind power can be reliably and cost-effectively integrated into the grid. 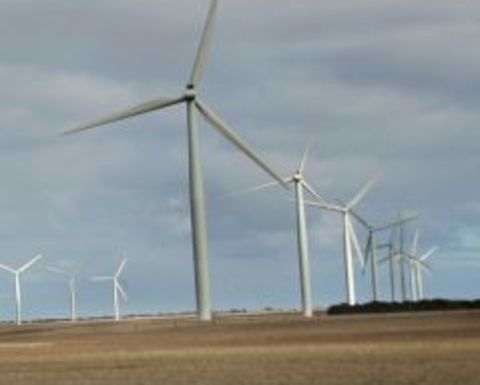 Despite improved technologies and increasing economies of scale, wind-generated energy remains about twice as expensive as coal and other conventional sources of electricity. Part of the reason for this disparity is that wind power generators operate only when there are significant winds.

Last year, Lew Owens, who was then South Australia’s essential services commissioner, argued that his state’s high levels of wind power infrastructure could force up local energy prices and threaten the stability of the state’s generation system, which has been having problems in dealing with wind fluctuations.

The stop-start nature of wind power means such generators are only about 30% efficient, Owens said. Winds also peak in autumn and spring, rather than in summer and winter when power is most needed, therefore additional conventional power generation is needed as a back-up.

However, a new British report argues that wind power can be successfully incorporated into the electricity grid.

The report found that fluctuations in wind would mean that extra capacity of both wind and fossil fuel production would need to be built into the overall energy system, but insisted that “any losses this causes are small compared to overall savings in emissions”.

The report claimed that if wind power were to supply 20% of electricity in the UK, the cost of covering a possible drop in wind would bring wind-generating costs to between 3.5p and 5.8p (A8.4c and A13.8c) per kilowatt hour, compared with 3p/kWh for gas-fired power stations.

While the report noted that wide geographical dispersion of generation and a diversity of energy sources would keep costs down, intermittency costs would inevitably rise as the use of renewables expanded.

“The output of wind, wave and other renewables fluctuates and cannot be fully controlled,” said Robert Gross, author of the report.

“The extent to which this is likely to create problems, costs or even lead to blackouts is the subject of a long-running debate.

“Reports that suggest it is highly costly, or restricts the role of renewables are out of step with the majority of expert analysis, reflect regional problems that the UK can avoid, or both. However, costs will rise to a degree, and we can quantify the factors responsible.”

Royal Academy of Engineering academic Professor Ian Fells told Britain’s Today program that he believed the true costs of wind and other renewables had not been fully appreciated and wind power schemes elsewhere in Europe pointed to possible problems.

“Germany has much, much, much more wind power than we do and Denmark is 20% reliant on wind for its electricity and they’re beginning to run into troubles as far as their network is concerned,” he said.

On the other side of the world, New Zealand is looking at ways it can make the use of wind power less disruptive by combining it with hydroelectric power, a form of renewable energy that is cost-effective and can be quickly brought online in response to fluctuations in power generation.

A report released in October by the New Zealand Electricity Commission found that the country needed to change its electricity infrastructure to accommodate growing use of wind power.

“Knowing where New Zealand’s wind resources are, and when, is critical to the responsible development of wind energy,” Glennie said.

The study looked at how wind generation affects grid frequency, how the accuracy of wind forecasts affects system management, and at the effects of changing power flows across the grid as a result of varying turbine output.

It was partly designed to assess what changes would be needed to integrate current and planned wind generation into the national electricity generation scheduling and dispatching system.

“We are keen to see any rules prescribe the outcomes or standards required of the generation plant and allow the generation operator the flexibility to decide how to achieve the rule requirements,” said Meridian wind development manager Adam Muldoon.

“There may also be the opportunity to develop new products or new technologies to manage the power system which now includes wind generation.”

Wind power’s unpredictability is less problematic in New Zealand than in other countries, according to the NZWEA.

“New Zealand, with our extensive hydro capacity, is particularly well-placed to manage the challenges that are created by the large-scale integration of wind generation,” Glennie said.

“The fluctuating nature of wind works well with hydro generation, which can be switched on and off at short notice, and allows water to be stored when the wind is blowing.”

In Australia, The Australian Gas Light Company is planning to build both more wind and more hydro capacity.

AGL has said one of the reasons it was investing more in hydro-electric power was that it was a fast-start form of renewable energy, capable of catching five-minute national electricity market price spikes that other forms of generation could not achieve. The company says its wind and hydro assets balance each other well.

AGL also plans to build Australia’s biggest wind farm at Hallett, north of Adelaide. The 95MW, $236-million facility will be built next to AGL’s existing 180MW gas-fired power plant. Construction is due to begin in September. Commissioning is expected in December next year.

The 45-turbine farm would be bigger than the plant that is currently Australia’s largest wind farm, the 91MW facility that is 500km away at Wattle Point, South Australia, which AGL bought in its takeover of Southern Hydro late last year.

But the company plans to integrate the Hallett wind plant not with hydro but with gas, another quick-start form of peaking power, to ensure continuous operation during periods of high electricity demand.

Can hot showers compete with Greenpeace? 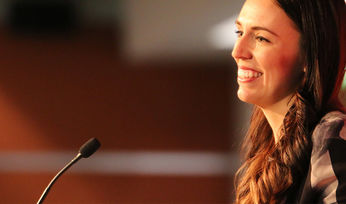 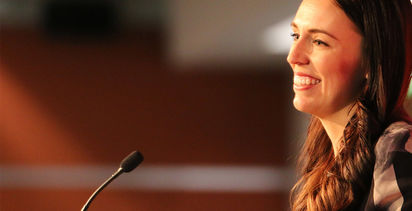 Geothermal players coming out of the cold