FOLLOWING a successful year-long trial, the first of nine CETO pre-commercialisation wave-energy units, which produce electricity and freshwater, was today installed in the ocean off Fremantle, Western Australia. 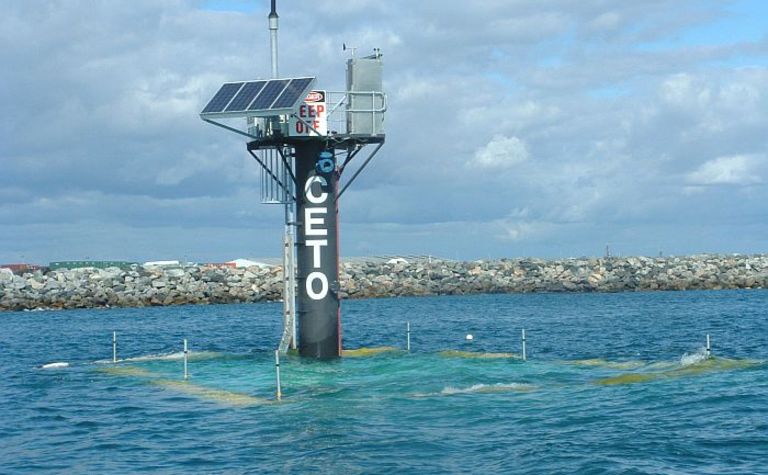 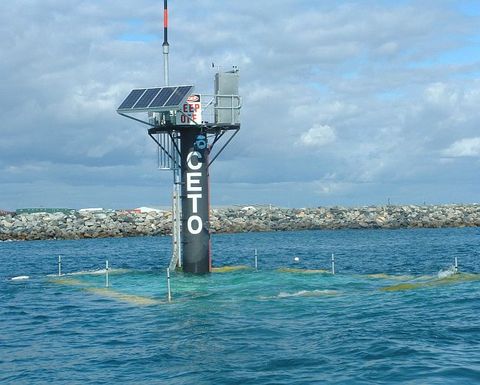 Invented by West Australian businessman and Hardman Resources founder Alan Burns, CETO technology uses an underwater pump driven by the waves to deliver high-pressure seawater through a pipe to the shore. The seawater is then used to drive a turbine to generate electricity or passed through a reverse osmosis desalinisation unit to produce freshwater.

“It is very pleasing to see this technology progressing to the next stage and used to support the development of a wave energy industry in WA,” Logan said.

“Wave energy is a clean, renewable source of energy that can produce electricity without producing greenhouse gas emissions.”

The units were developed by WA company Seapower Pacific and its parent company, UK-based Renewable Energy Holdings (REH). The companies have invested about $10 million in the technology and expect it to be fully commercialised in two years.

They are currently evaluating several sites off the WA southwest coast for commercial deployment.

Logan said a number of units would be installed about 250m off north Fremantle over the next two to three months.

“There is considerable global interest in using waves as a source of energy, with various devices being developed in countries like Norway, the United Kingdom, Japan and the United States,” he said.

“WA has an excellent wave energy resource available, with enormous potential to use this resource to produce clean electricity and freshwater.”

REH is aiming for full commercialisation by 2010.

Allow unit to teach itself to maximise wave generation 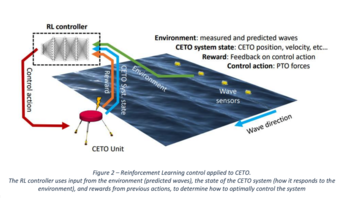 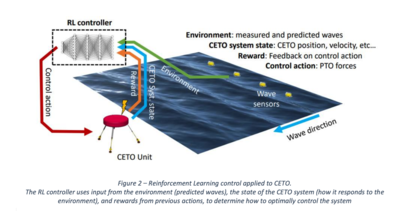 Carnegie through to next stage of wave energy finals