Geothermal Resources turns up the heat in SA

THE search for Australian hot rocks energy is set to continue its strong growth with Geothermal Resources announcing today it is about to start a drilling program at a new South Australian prospect 120km west of Broken Hill, New South Wales.

Geothermal Resources said it was ready to start the first round of shallow geothermal gradient drilling on its Frome Project, in northeastern South Australia.

“These bottom of hole temperature measurements will allow us to estimate the likely geothermal gradients in the region and give us the confidence to drill a deep hole right into the very bosom of the hot rock source at three kilometres depth,” Johnson said.

“All of our geological models predict that we have an ideal setting for a hot rock geothermal energy generator – evidence for high heat producing granites buried beneath insulating sediments.

“Our challenge ahead is to determine just how hot these hot rocks are, and whether we can set up a heat exchanger circulating hot water system in them.”

Geothermal Resources has been given a $2.4 million Commonwealth Government REDI grant to help it in this high-risk project.

“We are explorers and are used to managing exploration risk and we intend that with the help of this grant we will see the project through to proof of concept stage over the next two years,” Johnson said.

“We have a large prospective ground position, within which there are likely to be ‘super hot spots’ above more localised highly uranium-enriched granite phases, which we aim to find.”

Geothermal’s proximity to major power grids at Broken Hill was a big advantage for the company, he said. It would also have a further potential market if Havilah’s large copper mining development proceeded at Kalkaroo.

Geothermal Resources is 63.6% owned by Havilah Resources. It holds extensive tenements over two prime hot rock geothermal projects in South Australia – the Frome project near Broken Hill and the Crower project in the southeast. 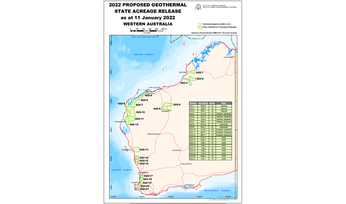 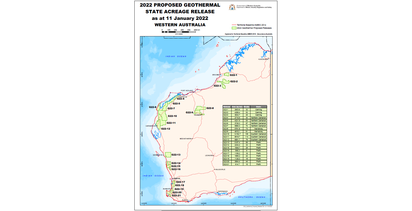