MID WEST region gas producer AWE, which is the subject of attacks from the Conservation Council of Western Australia over its Waitsia gas development, has held its first community roundtable organised with the Shire of Irwin. 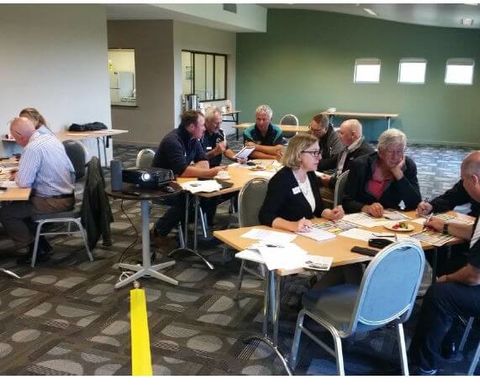 The CCWA and Frack Free WA this week called on Alinta Energy to scrap a 30-month, 10 terajoule per day contact with AWE for gas from the large Waitsia discovery, believing the field is fracced.

AWE, which has been involved in the Perth Basin on and off since its formation, has become the de facto voice of the gas industry in the agricultural region given its role as one of the largest producers and its past role in fraccing a number of wells while seeking to assess the potential of the Kockatea Shale, Irwin River Coal Measures and Carynginia Formation.

Beyond nebulous plans for the drilling of the Arrowsmith-3H well next year, which may involve fraccing at a later stage, although operator Norwest has recently applied for permit suspension and talked about conventional reservoir potential south of Arrowsmith, AWE is focused on developing the conventional Waitsia discovery.

Perth Basin oilers know there is tension with the farming community, and they try to accommodate cropping, growing and planting seasons.

The roundtable was set up in response to a range of local stakeholder views about AWE's presence in the region, some of which showed strong support for AWE and others which showed strong concerns about the potential use of hydraulic fracture stimulation.

"There is a lot of information circulating about the onshore petroleum sector, particularly in the lead up to the state election; some of it is confusing, scary and in some cases inaccurate," AWE said this week.

The roundtable format is based on the success of the AWE sponsored Drover-1 Shire of Coorow Community Reference Group, which helped to facilitate open discussion around a well drilled in one of AWE's southern-most permits that has since been plugged and abandoned and is being rehabilitated.

The forum facilitates open discussion and aims to develop a better understanding of AWE's planned activities and foster discussion about the various community members' views - with the purpose that any concerns are addressed and identified benefits are maximised.

At its recent roundtable AWE sought to assure Irwin residents that the gas from Waitsia is from the same type of conventional reservoirs that have been producing gas for domestic consumption for more than 50 years in the Mid West, and is a vital source of gas from the state that is needed to replace the Dongara and Corybas fields.

The next stage of Waitsia, which is planned to move to 100TJpd will also not require fraccing.

Two appraisal wells are planned for next year, and the next stage of development will require a new gas processing facility and a new spur pipeline.

AWE said it would only work on cleared agricultural land where it has landholder approval.

The company also stressed its continuing commitment to using local suppliers and service providers wherever possible.

The WA spokesman for the Australian Petroleum Production and Exploration Association, Stedman Ellis, wrote in The Mid West Times this week that industry was committed to ensuring that natural resources are developed safely and responsibly in a way that maximises the benefits for everyone, including new jobs, infrastructure and business opportunities.

AWE spent a reported $6 million in the Mid West on wages, contracts and community partnerships last year, and it expects to double that this year.

"The world is hungry for energy. Demand for cleaner-burning natural gas is growing," Ellis said.

"The Mid West is ideally placed to capitalise on this. It has abundant reserves of gas.

It has a robust, well-developed regulatory regime that holds the health and safety of people and the environment as paramount.

And it has a world-class industry with a long and proud history of responsible operations."

But he said there was a "world-class scare campaign" being used to convince communities that fraccing is an unacceptable risk, despite the fact that Australia's Chief Scientist and countless inquiries have shown that fraccing is perfectly safe when properly regulated, and had been used for decades, including in the Perth Basin.

"Without fracking, some gas deposits cannot be developed. Jobs and economic opportunity will be lost," Ellis wrote.

"It is critical, therefore, that misleading and deceptive claims about fraccing and natural gas are firmly rejected.

"Fact and not fear must ultimately guide the industry's development."

Industry on charm offensive through Perth 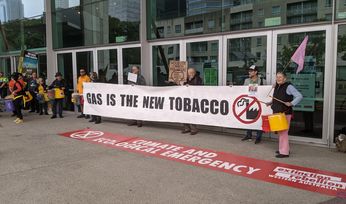 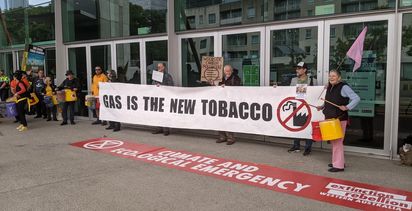