Far be it for Slugcatcher to rain on anyones parade but there is an interesting situation developing at Hardman Resources, a situation which looks awfully like a bubble, writes the Slugcatcher

Over the past six months the Hardman share price has come close to tripling, from the mid-60c range last December to more than $2 early this week.

True believers say that this is the price of success, and Slugcatcher would be well advised to have a look at what Hardman is doing off the coast of Mauritania from where breathless reports appear almost daily about fabulous discoveries and grand development plans.

No argument there. Mauritania has been a terrific success for Hardman, and the other Australian oil companies involved, especially Woodside which is major beneficiary of the play with a 53.85% stake in the first field scheduled for development, Chinguetti.

An even bigger discovery has been made at Tiof, and good things are expected from an ambitious drilling program about to start with up to six wildcat wells, four appraisals and 11 production wells expected to be drilled.

But, can all this justify a share price of $2 for Hardman and its 21.6% stake in Chinguetti, a 120 million barrel field, or Tiof a potential 300 million barrel field? Because, at $2 Hardman has a market capitalisation of around $1.3 billion, and an awful lot of profit must flow to support that sort of value.

The point Slugcatcher wants to make is that Hardman’s share price appears to be factoring in an awful lot of blue sky, goodwill and good luck.

Investors are assuming that every new wildcat well will be a bonanza, that Mauritania is an easy place to do business, and that the government of that awfully impoverished Islamic state will not be tempted to do something tricky with the tax regime, or contemplate a touch of nationalisation – at the appropriate time, naturally.

In Australia, blissfully far from some the ghastly realities of Africa, and Arab Africa at that, no-one ever talks about such negative things.

As far as simple souls Down Under are concerned everyone is to be trusted, Mauritania is a paradise which welcomes western investors, and fat profits are just waiting to be plundered from the country’s wonderful offshore geology.

Slugcatcher, who has seen a little of how Africa works, gets concerned when he sees his countrymen start to say silly things, and to plunge their money into a somewhat dodgy part of the world.

There is also a modicum of evidence emerging that even the daily financial media is losing a grip on Hardman as it falls over itself to dash out the next exciting instalment of great discoveries and even greater developments.

On June 1, the Financial Review joined the breathless league with a headline with screamed “Hardman hits the big league”. On that day, Hardman’s share price was $1.77, and the stock was valued at $1.14 billion.

On June 18, just 17 days after “hitting” the so-called big league, the same newspaper had a headline which screamed “Hardman close to big league”. On that day, Hardman’s share price popped through the $2 barrier and the company was valued at $1.3 billion.

Now, Slugcatcher would never dream of poking fun at fellow scribblers but perhaps someone could point out that the June 18 headline was redundant because the big league was achieved on June 1. How do we know? The Fin told us so.

Humour aside, there is every reason to celebrate Hardman’s success, and Slugcatcher says well done, chaps. But, there is also a point when a touch of reality is called for, that investors should look carefully at where they are putting their money, and that blue sky valuations have a nasty habit of becoming just that; blue sky.

Naturally, if Hardman does it again, Slugcatcher will deny all knowledge of this column.

Slugcatcher and the heat rising in the FAR vs Woodside dispute

Another joint venture issue for the oiler plagued by them 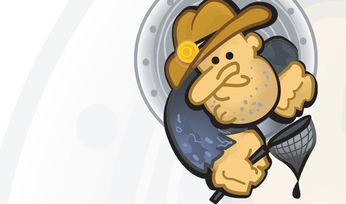 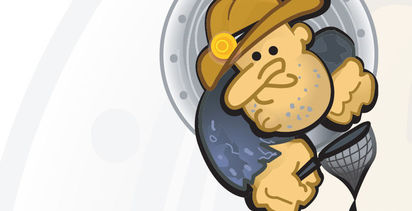 Slugcatcher on quarterly reporting season and optimism in the oil patch