Slippage has been the name of the game for the Highlands Gas Project since it was first proposed back in 1996 as a means of linking gasfields in Papua New Guinea with markets in Australia, so the latest delay, caused by a potential customer running a fine-toothed comb over the project should not come as a surprise.

What should come as a surprise is that enough customers appear to be on the verge of committing to PNG as a supplier of an essential raw material to their production process.

Slugcatcher, if you read what was just said very closely, is declaring his hand as a complete non-believer in PNG having the ability to do just about anything efficiently, promptly, safely, or without a touch of corruption.

Supporters of PNG will rise up in collective horror at this damning of a beleaguered little nation. To which Slugcatcher says ‘do your worst’ because the evidence, and the highway of history, is on his side.

One of the best examples of this comes in the annual World Risk Survey conducted by sister publications of EnergyReview.Net, namely Australia’s Mining Monthly and Resource Stocks. For as long as Slugcatcher can remember PNG has come last, or second-last, as the riskiest country in the world in which to do business. The only serious competition for the wooden spoon came from Zimbabwe, a complete basket-case.

The point being made by these comments is not a criticism of any of the companies participating in the Highlands Gas Project. Far from it. The corporations behind the scheme are fine businesses which have performed miracles to get this far with a project which is difficult in every possible way; geographically, politically and from an engineering basis.

What is being criticised is PNG itself, and the politicians who seem to have made no headway whatsoever in running the joint since it inherited control from Australia in 1975. For the past 29 years they have actually gone backward despite great dollops of cash from donors around the world, especially Australia.

In recent weeks, there has even been a bizarre real-life version of “back to the future” with PNG agreeing to accept Australian police and civil servants in the government because the locals have proved to be blithering incompetent, or totally corrupt.

Which takes us back to the Highlands Gas Project and the possibility of customers such as Comalco and WMC (two big companies named on the Oil Search website as potential buyers of PNG gas) signing up for a regular supply of gas.

If Slugcatcher was a manager in either of those companies, or with any other business thinking of buying gas from PNG, he would want a rock-solid, iron-clad, lead-lined, bazooka-proof contract that said the gas flow will not (never-ever division) be interrupted.

From an engineering and business basis, the concept of a pipeline to Australia is terrific. From a security basis it is horrible – and that seems to be the unspoken reason for the latest slippage in moving the Highlands scheme from concept to its front-end engineering and design reality.

Much talk, no news at Perth conference 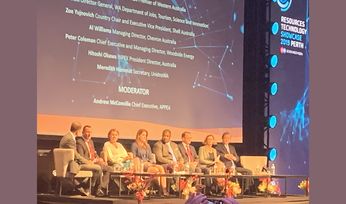 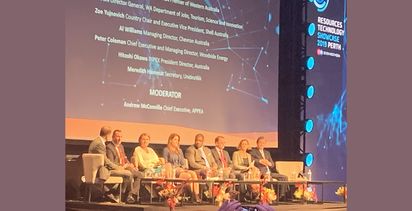