It isnt often that anyone feels a twinge of sympathy for a big oil company. Yet the bizarre case of Royal Dutch/Shell and its missing oil reserves, departed senior staff, and attempts to repair a damaged reputation are almost enough to trigger a touch of pity for a company which just cant seem to get it right.

Almost, but in the case of Shell, not sufficient, simply because it remains one of the biggest and ugliest players in the oil patch with about 50 years of arrogance to be forgiven before anyone feels sympathetic.

Curiosity, more than understanding, is the overriding emotion that Slugcatcher has in regard to Shell’s latest troubles which are occurring at a time when the company is trying to put a fresh gloss on its corporate image.

If events had gone as planned this would be the week when Shell started to re-build. Instead, it looks like being a week when senior managers relive their personal nightmares.

The script, according to Shell’s public relations advisers, called for newly-appointed chairman, Jeroen van der Veer, to deliver a scene-setting briefing to the investment community in London on Wednesday.

The event, billed as a strategy presentation, is scheduled to start at 9am British standard time and anyone interested can register on the Shell website to look and listen (www.shell.com). As well as van der Veer there will be a talk by exploration chief, Malcolm Brinded.

According to what Slugcatcher has read, this is the start of a campaign to explain how Shell managed to report erroneous oil and gas reserve figures, and was then forced to pay a whopping $30 million fine to British securities regulators, and a $120 million fine to the U.S. corporate cops.

Debate continues as to how and why the errors crept in, and some observers even go as far as to say that it really wasn’t that big a mistake as it all came down to reserve/resource definitions. The only problem with that explanation is that the gap between proven reserves and what might one day be a reserve was “just” 4.7 billion barrels of oil, or about 23% of the group’s oil in the ground.

The real issue, however, is not the debate about geological definitions, it is the question of timing, because just as Shell embarks on its repair job the former chairman and chief victim of the reserves issue, Phil Watts, is launching his own repair job through the British legal system.

It seems that Phil is determined to clear his name, saying through his lawyers that “I believe that a full and fair examination of all the facts will demonstrate that I have acted properly and in good faith at all times.”

Slugcatcher wishes Phil the best of luck with his appeal to the Financial Services and Markets Tribunal. He almost certainly has a case to argue because there seems little doubt that a single person could (or should) be held responsible for what happened at one of the world’s biggest companies.

But, and this really is the issue, how can Phil’s replacement, van der Veer, honestly expect to start the reputation repair process when events from the past are still being played out in the British legal system?

In one part of London, van der Veer will be saying it’s all behind us. Just up the road, his predecessor will be raking over the coals in a bid to clear his name, as is made abundantly clear by his demand for a full and fair examination “of all the facts”.

If van der Veer takes questions at his Wednesday outing does he really expect journalists to ask simple questions about the future when the past is so much juicier?

History, we are told, is written by the winners. In the case of Shell, a winner is yet to emerge – which means that it would be rather unwise for one side to start writing the official history, or to spend too much time mapping out the future when the past keeps biting you in the bum. 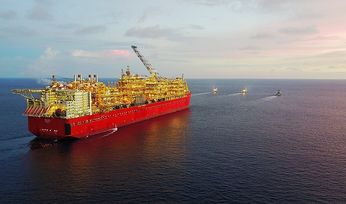 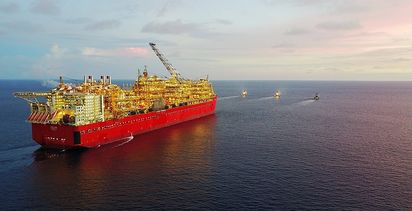