Always interesting, even to a casual observer - petroleum exploration with the oil price around $US50 a barrel is about to get seriously exciting for three reasons; rapid acceleration, bold step-outs into new frontiers, and mega-bucks

Just how fast and furious the game is about to become is driven home in an article in the latest edition of the U.S. investment magazine, Forbes. The figures which caught Slugcatcher’s eye were $US180 billion, 10,000 feet, and 170 years year.

Here’s what they mean:

- The $US180 billion, believe it or not, is what the oil industry is likely to spend on exploration and development – each year, for at least the next two years.

- The 10,000 feet is the water depth of ChevronTexaco’s dry hole drilled late last year in the Alaminos Canyon area of the Gulf of Mexico.

- The 170 years is the latest “guestimate” from the U.S. Department of Energy for the number of years of supply of liquid hydrocarbons left in the earth’s crust at current consumption rates.

And, the keys to these remarkable numbers is that simple, little, $US50 – and the impact it has on the finances of everyone in the oil patch.

For starters, the collective income of the oil industry five years ago, when the price per barrel was in the $US10/bbl range, was $US46 billion. Anybody who remembers those days also remembers the pain and the frustration of stacked rigs, and grown men crying in bars from Houston to Aberdeen.

Roll forward to 2004 and the industry is enjoying a bonanza which Forbes estimates at $US137 billion of profits a year which is finding its way to investors through sharply increased dividends – and into the ground via increased exploration with the total capital spend said to be in the order of $US180 billion over each of the next two years.

Fabulous though the numbers are, there is a catch (ain’t there always). In this case the catch is where do you drill when all the best bits of the world have had as many holes in them as a home fix-it man playing “hunt the stud” in the walls of his clapboard house.

That’s why the ChevronTexaco record of a four mile deep hole, after passing through 10,000 feet of water, may not stand for long. The prize of a big find when the oil price is $US50 a barrel is too much to ignore.

ChevronTexaco’s efforts were in vain (though it does now have a new data point and knows to not drill there again) but the prize of a 200 million barrel recoverable oil discovery would have been $US10 billion v “just” $2 billion five years ago – when the well would not have been drilled anyway.

And that 170 years, it’s just another of those back-of-the-envelope numbers that boffins roll out when tossed a theoretical challenge. It may be right, it may not, who cares.

The point is that every time the price of oil goes up sharply wonderful things happen. More hydrocarbons are suddenly “available” because the price is right, cash flows in (and the industry promises to not waste it, this time!), exploration picks up, insurmountable frontiers are cleared with the equivalent of a single technical bound, and the word boom slips into every conversation.

Which is why Slugcatcher reckons that the next couple of years, provided the oil price doesn’t induce a global recession, will be a great time to stay alive just to enjoy a wild ride.

Cash neutral at an average oil price of US$25/bbl 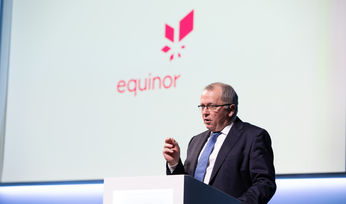 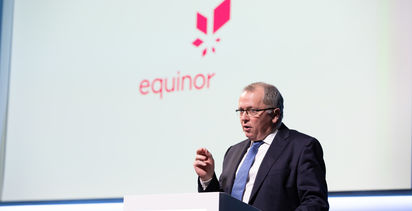 What a buzzkill: Santos out of Beehive