SLICE it and dice it as many ways as you want but Slugcatcher cannot accept that plans to build two liquefied natural gas projects based on coal seam methane are anything but an attempt to push up domestic Australian gas prices.

Perhaps one might go ahead, dedicated to supplying New Zealand which is facing a future major gas shortfall.

But, two LNG projects shipping gas out of Australia’s heavily industrialised east coast markets to customers in Asia is impossible to believe – for these reasons:

• the politics of coal seam LNG is yet to be played;

• a rise in the domestic gas price could kill the economics of coal seam LNG;

• gas company executives could well see the floating of LNG schemes as a mechanism to sign up long-term pipeline customers; and

For non-followers of the coal-seam LNG dream, the key events last week were announcements from Santos and Arrow Energy that they wanted to build separate projects in Queensland.

Santos said it was thinking about spending $5-7 billion on a plant to be located at Gladstone. Arrow also wants to locate its plant at Gladstone, but is targeting something much smaller.

Firstly, the same factor is hampering Woodside Petroleum with its plans to develop the big Pluto LNG project – proving to customers and bankers there are sufficient reserves in the ground to support the investment. With CSM that could be an even bigger challenge than conventional gas.

Secondly, there’s the undeniable game being played by the gas companies which resent getting a relatively low price for east coast gas, as best illustrated by this quote in the Sydney Morning Herald newspaper attributed to Arrow chief executive, Nick Davies: “It also takes a huge amount of gas out of the market, placing more pressure on the supply-demand equation and the gas price in Queensland.”

This point about price and supply will cause the political card to be played in eastern Australia, just as it has been played in the west.

On the west coast, where gas prices have risen above $5 a gigajoule compared with around $3.40/gj in the east, there is already a furious political debate about ensuring sufficient supply of gas for domestic customers.

From a gas company point of view the argument is hard to fathom. After all, a gas producer has a single focus in life, maximising the return to shareholders by selling product for the highest possible price.

Government has a different imperative, and even if Queensland Premier, Peter Beattie, has given his blessing to the twin LNG projects, the problem of a sharp increase in the domestic gas price has yet to be played out – especially at a time when natural gas (as either CSM or conventional gas) is supposed to be playing a leading role in combating greenhouse gas emissions.

Santos and Arrow will publicly disagree with The Slug.

But over time the political and industrial forces will gather against the CSM LNG plan, and perhaps that’s what the two companies want – a small event to galvanise the thinking of major domestic customers that unless they agree to higher prices now, the gas will be sold offshore.

It’s a cunning plan when you think about it, because all of the gasfield preparation work, drilling at least 500 production wells and running pipeline, will have to be done whether the gas goes offshore, or is sold locally.

CSM LNG is not quite pie-in-the-sky, but it’s awfully close. 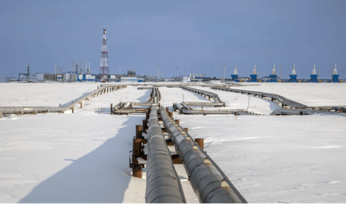 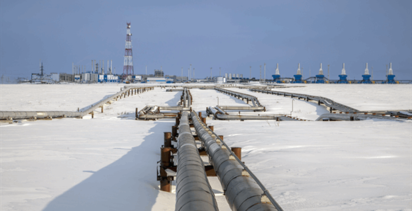