$100B of Australian projects at risk: green group

FOSSIL fuel companies are risking putting $2.75 trillion in petroleum and coal projects that may end up being stranded if the global community takes binding action to limit warming of the Earth to two degrees Celsius, with many planned oil projects in Australia in the danger zone.

The heavy cuts in carbon emissions needed to achieve this would mean no new coal mines at all are needed and oil demand peaking in 2020, according to environmental think tank Carbon Tracker Initiative.

The think tank called for greater scrutiny for new projects, to take account of 89% of unneeded capex and 67% of avoided CO2.

"Over $2 trillion of capex needs to not be approved in order to avoid around 156 gigatonnes CO2 of emissions - the equivalent of cutting supply and the subsequent emissions by around a quarter in the markets covered in this analysis," the group said.

The report pointed to Canada's oil sands and the Galilee Basin in Australia, where two Indian conglomerates are looking to develop some of the largest coal mines in the world, as being some of the riskiest investments on the books.

CTI found the US has the greatest risk exposure, with $412 billion of projects that could be stranded, followed by Canada ($220 billion), China ($179 billion) and Australia ($103 billion).

In terms of the oil patch CTI analysed industry databases for projects out to 2025 for its latest report and found Pemex, Shell and ExxonMobil each plan to spend $70-80 billion each on projects that risk being stranded if the world brings in strict carbon controls.

The UK's $70 billion North Sea oil and gas projects are also at risk, the report says, despite desperate government efforts to prop up the sector.

Globally, CTI said of the $2 trillion at risk, $1.3 trillion could be spent on new oil projects and $124 billion on existing projects that are unneeded, it concluded.

For gas, demand in a 2C warming scenario is significantly lower than companies forecast, with $459bn of new projects and $73bn of existing projects surplus to requirements.

Dismissing the report, both Shell and ExxonMobil said the world will need oil and gas to help meet growing energy demand, similar words to those used by Statoil boss Eldar Saetre at a conference in Norway this week.

In a statement released by Statoil, Saetre acknowledged that the oil and gas industry is facing "a tough reality" as global upstream investments are estimated to fall by 20% in 2015, but he insisted that oil and gas will continue to play an important role in the future energy mix.

"We know that energy demand is growing. We also know that renewable energy will have to meet most - if not all - of this increased demand. However, oil and gas will remain critically important energy resources. Even in a two-degree world we need oil and gas roughly at today's levels in 2040," he said.

In advance of the COP21 climate summit in Paris, Saetre emphasised the action needed from policy-makers to set the course through effective policies and from the business doing most of the job in order to solve the global climate challenges, to meet the increased demand for energy and at the same time reduce emissions.

So far the commitments before COP21 in Paris are not sufficient for the world to reach a two-degree target.

But Saetre said that there was political will to act in the US and China, and with an increased industry focus on controlling emissions, even as demand increases, he was confident big oil could play a role in shaping the energy agenda in a low carbon future.

The CTI is not so sure.

"Business history is littered with examples of incumbents - like Kodak and Blockbuster - who fail to see a transition coming," Carbon Tracker CEO Anthony Hobley said.

"Our report offers these companies a warning [about] avoiding significant value destruction."

For coal, the report found "it is the end of the road for expansion of the sector", with no new coal mines required anywhere in the world if dangerous climate change is to be avoided.

"This means the oil sector does not need to continue to grow, which is inconsistent with the narrative of many companies."

US$110B of upstream projects will be deferred, US$100B more at risk 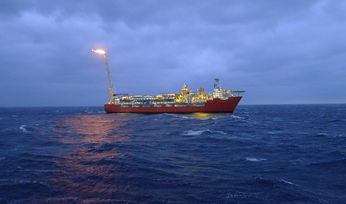 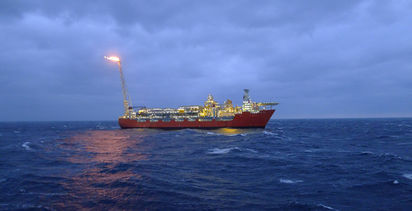