WOODSIDE Petroleum has responded to concerns from the Western Australian opposition leader Mike Nahan who is calling on the Labor premier Mark McGowan to ensure oil and gas engineering and fabrication work is conducted by WA businesses with local workers. Woodside says over 2,000 jobs will be created through the development of Scarborough.

Yesterday Nahan told Energy News the Liberal Opposition was concerned "that engineering works of a type that have historically been done in Western Australia by WA workers are now being outsourced to overseas companies".

Today Woodside sought to reassure the Opposition telling Energy News that despite some contracts going to international engineering firms, its Scarborough development would create about 2,500 local jobs.

"Over a two-year period, Woodside estimates a total of about 2,500 jobs will be created by Scarborough for activities including subsea and pipeline installation, drilling and completions work, floating production unit installation and near-shore civil works," a Woodside spokesperson told Energy News.

"Historically, around 80% of the workforce employed during the construction phase of projects of this scale and nature are employed locally."

Concerns around Woodside's choice to award engineering contracts to overseas firms have been raised previously, after the company announced in October last year that Bechtel would provide concept definition for the Pluto LNG expansion to process gas from Scarborough.

This week McDermott released four tenders of its own for construction of Scarborough's floating production unit. It is not yet known whether this contract will be allocated to local firms.

Woodside noted that specialist components, such as offshore floating facilities and LNG trains are being constructed overseas but "expect there will be many other options for local business, based on capability and competitiveness" and would seek to maximise local contracts where possible.

"Woodside also anticipates that ongoing engineering work will result from the 20 or more years of operational activity, predominantly in Perth as we see demonstrated from our existing operations," Woodside's spokesperson told Energy News. 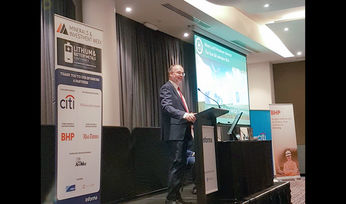