WITH a shale frenzy in Western Australia on the horizon, the question on the industry's lips is how to gain community acceptance. 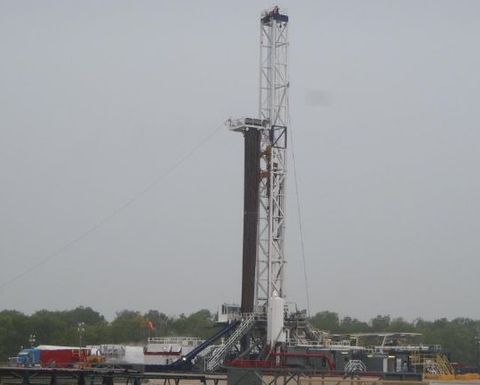 One such answer is through education but not in the fashion you may be thinking of.

Speaking at the Australasian Oil and Gas Conference in Perth, Penn State Marcellus Centre for Outreach and Research educator and co-director Thomas Murphy said industry could effectively leverage education - not only to source workers but to gain social licence.

Pennsylvania has gone through a dramatic ramp-up in shale drilling in recent years due to it being the location of the Marcellus shale and with the ramp-up came wariness on the part of the public and legislators.

"One of the efforts made over the course of the last number of years is dealing with stakeholder engagement, trying to help educate communities and people and a variety of stakeholders such as elected officials … and a wide variety of others out there to put forward this industry into the community to acquire social licence," Murphy said.

"There are a lot of emerging plays out there in areas where the local populace has never dealt with this industry before and sees it as intrusive, or quite frankly doesn't understand the science and is either trying to ban it or a variety of other approaches.

A lot of the negative perception about the emerging industry revolved around the workforce, or in particular, where they came from.

"In terms of social licence, there was a lot of pushback from the elected officials and general public … they saw licence plates from some other location and not from Pennsylvania," Murphy said.

"So the idea of building an indigenous or local workforce was highly popular but it was something a lot of the educational institutes were not geared up to do."

So Penn State decided to do something about it but to know where to begin, it had to gather data on the future direction of the industry.

It also had to collect data on exactly how many people were needed in a workforce and the types of work they were doing.

Working with industry, Penn State figured out that 420 people over 150 different occupations were needed over the lifetime of one well, which meant 13 to 15 people on a well per year.

It also calculated that 75% of the jobs associated were to be technical positions.

Murphy felt the community believed many of those entering the industry would require a four-year program yet the reality was that only a very small segment of people would be looking at that scenario.

"Not a lot of people understood that and that was a message we needed to get out there," Murphy said.

The end result of having a solid set of data is that the industry at large could start to pitch to lawmakers and community by removing some of the uncertainty of what the shale ramp-up would do to communities.

It also allowed the industry to pitch some of the flow-on benefits of the industry with a degree of certainty.

"That was of interest to a lot of other people, because people were coming in from out of town so you had discussions around hotel space, you had the potential for new restaurants or new drycleaners," Murphy said.

"A lot of people wanted to know ‘what's in this for me', what are the possibilities when you think of this new workforce emerging and how can we very specifically be ready for this?

"We see these projections as a way of modelling that out so people can make decisions around that.

"Elected officials were looking at this from wage tax, hotel tax … all those perspectives."

Aside from industry being able to pitch better, the end result of the data collection was ShaleTEC, a program specifically tailored to industry needs.

It also didn't hurt that some of the money for the program was being kicked in by the state.

"We fostered through some public money, which we think is important, versus using industry money," Murphy said.

"Industry influenced but publicly financed in this case … that was useful for perception type of reasons."

Australis survives the oil bust and picks up a new neighbour Careers day a chance for employers

A visitor's guide to AOG freebies