A NATIONAL Energy Resources Australia report has triggered a cross-sector collaboration between logistics, environmental consultancies and oil and gas players to build competencies to prepare for the local decommissioning boom, Energy News has learned. 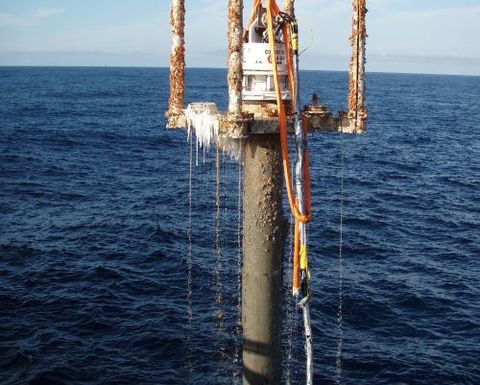 Perth-based PSM Subsea and its now-regular logistics partner Centurion has formed a collaboration with environmental consultants Radiation Professionals and pipe maintenance technology firm Ramco.
The partnership has already tendered for a decom job in Western Australia's north-west region.
Now the group is looking at more opportunities and setting up a framework for what NERA has identified as one of the next big opportunities for Australia's oil and gas sector.
Frode Remvik, who co-founded PSM with fellow former Wheatstone subsea expert Shaheer Mawani, told Energy News that the collaboration initiative was sparked by the work they tendered for and NERA's report, launched at a Perth workshop last September, on decommissioning.
The decom report by Accenture was built into the wider Sector Competitiveness Plan distributed more broadly at AOG2017 last month, which flagged building and scaling abandonment and decommissioning capability as one way Australia's oil and gas industry could improve its score on global workforce opportunities.
While the report said a greater understanding of decom techniques needed to be developed, it also flagged forming partnerships with organisations outside of Australia and undertaking exchange programs to build local capability.
The report said decom work would be costly and complex, exposing businesses to greater expense and risk.
However, it was nonetheless "important that Australia remains at the forefront of relevant knowledge and technology and undertakes research to build the national capabilities and also monitors the international practice and technology used in decommissioning, abandonment and mine closure activities being undertaken in other jurisdictions and other industry sectors".
That got the PSM founders thinking, and as they were bidding for the WA job they realised there was another company at the CORE Innovation Hub on St Georges Terrace called ARV, which is also working in decommissioning with further capabilities and is already working with big companies in the US on Gulf of Mexico projects.
"So suddenly we have the capabilities within the group to offer a turnkey solution to decommissioning vessels, removing, lifting, and transporting the offshore architecture ,followed by cleaning, storing, logistics and disposal," Remvik said.
"We can bring it into shore, clean it, get rid of the naturally occurring radioactive materials and/or mercury, clean complex piping systems like flow bases and trees and manifolds and dispose of it safely."
"We've tendered for one project, but realised that there's more opportunity down the road for decommissioning in Australia."
While the offshore regulator has decom plans and regulations in place, it is understood there are existing challenges and further development is required.
"There have been more decommissioned items here than we think but we still don't really have much experience in Australia. But there are a lot of things that still need to be done. There are some requirements but I know this is being worked on," Remvik said.
"The operators know that they'll eventually have to take a platform out of the water once it's finished producing, and it should've been part of their business case and planning to start with."
"It's not a surprise as such, but if you're there on Day one and you know an asset will be there for 30 years decommissioning is a long way away.
"Then down the road you realise you have to formulate a detailed plan, and now they've started talking about it, simply because a more and more assets are coming to the end of their lifetime."

Wellhead to remain in place in WA-40-R offshore WA 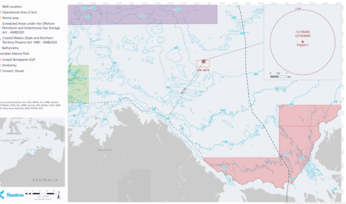 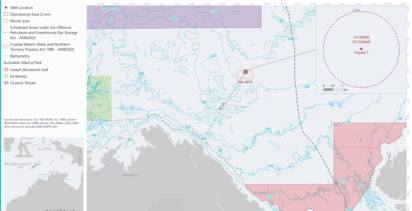