THIS year could be the most transformational yet in the life of Triangle Energy (Global) (ASX: TEG). 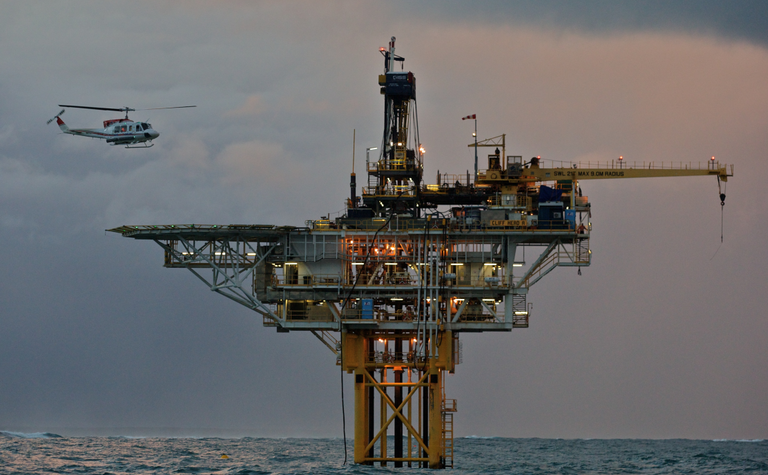 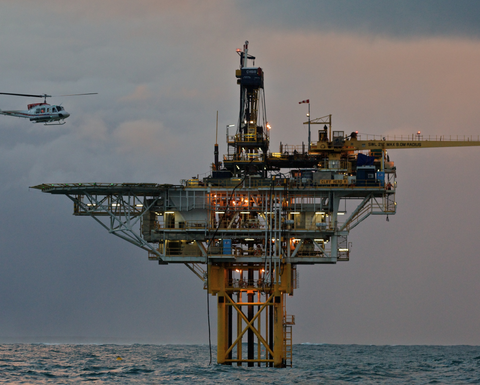 It recently became operator of the offshore Cliff Head oil field, which includes the operating onshore Arrowsmith Stabilisation Plant, has a 30% interest in the onshore exploration well at Xanadu-1 locked in, and potential developments at a gas discovery in Queensland.
Triangle, which previously operated an oil and gas field in the Indonesian province of Aceh, has recreated itself as a Perth Basin-focused oiler, and is looking to breathe new life into Cliff Head and its associated infrastructure.

Triangle managing director Rob Towner told Energy News that since entering the offshore oil field last year operational costs had been reduced by around 25-30%, while the oil price had risen under the steady hand of Fosun International's Roc Oil Company, which has just sold the operating entity to Triangle.
Costs are now around $35 per barrel, and Triangle, with its new partner - investment group Royal Energy- is looking at strategies to drive costs down towards $25/bbl, a level similar to those enjoyed by the likes of Beach Energy in the Cooper Basin.
While Cliff Head is profitable, and there are a number of options on the table that could maintain or even grow production, Towner said one of the key reasons Triangle had built its position was because of the upside it sees in the associated infrastructure and any exploration in the area.
Cliff Head contains the only offshore facilities south of the Carnarvon Basin, and it comes with operating onshore facilities including the Arrowsmith Stabilisation Plant and twin 14km production and injection pipelines.
Arrowsmith will quickly become an indispensable cog in any new oil field developments - onshore or offshore - emerging from exploration success.
"I believe there is more value in the infrastructure than the rest of the industry recognises," Towner said.
"We are very much of the view that we have bought this infrastructure, and we can potentially use it to develop Xanadu, if our well there is a success, and we intend to be very aggressive in terms of oil enhancement programs, such as re-entering the Mentelle-1 well, and looking at the West High prospect.
"We are taking a view that the cycle in the oil market will continue to improve, and to create value we need to get more oil through our infrastructure.
"If someone else has an oil discovery of any note in the basin what will they do? They can go and spend $320 million building it, or run a pipe to our infrastructure."
He said ownership of Arrowsmith was one of the reasons the company was backing the drilling of Xanadu-1, a solid looking oil target near Cliff Head, which will be tested in the second half of the year. 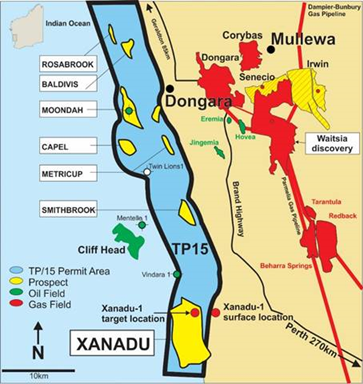 In terms of keeping Cliff Head production up, an electric submersible pump has just been changed out, increasing production by around 200bopd to 1300bopd.
The plan is to manage production from the offshore field, and undertake a role in any collaboration and consolidation in the basin.
"It's an opportunity, and we're seeing a lot of interest from many people," finance director Darren Bromley said.
"Cliff Head currently produces approximately 1300bopd gross through the Arrowsmith facility, which has a processing capacity of up to 15,000bopd, so is more than capable of processing third party crude.
"We have a fantastic operating team which joined us from the previous operator, we have a great relationship with the Upstream Production Solutions guys, and [operations partner] Tamarind Energy has both a lot of experience and commitment in terms of exercising options and loaning us money to take this on.
"The acquisition of Cliff Head, in partnership with Royal, provides Triangle with a cash flow generating operation, strong production rates, exploration opportunities and the capacity to service third party crude in the highly prospective and underexplored Perth Basin," Bromley said.
The Cliff Head facilities cost some $330 million to develop a decade ago, but Triangle only paid around $5 million for its controlling stake.
The field has produced the bulk of expected reserves, some 15.5 million barrels to date, but there are still around 3.8MMbbl to be recovered, and there are a number of low risk growth strategies associated with the platform, including drilling near-field targets such as updip of the 2005 Mentelle-1 discovery, the West High exploration target and a number of nearby leads.
Further good news is that there is no immediate pressure to undertake any costly maintenance programs, and the facilities are likely to involve only modest workovers and improvements.
The aims are to keep production steady at about 1300bopd, maintain and grow output, and reduce costs.

Triangle's other major undertaking this year is its 30% farm-in interest in the TP/15 joint venture with Norwest Energy, which was recently finalised . TP/15 is located in the offshore northern Perth Basin some 280km north of Perth.
Xanadu-1 will be drilled from a coastal location to assess an offshore prospect with upside to 160MMbbl of oil.
The well will cost around $7 million, and test a prominent horst block lying parallel to the coastline in very shallow water.
The structure is one of the biggest untested oil targets in the Basin, and shares similarities to the Cliff Head and Hovea fields.
The target has potential across the Permian-age Dongara Sandstone (12MMbbl) at 800m with secondary targets in the fluvio-deltaic Irwin River Coal Measures (88MMbbl) and the regressive marine sands of the High Cliff Sandstone (60MMbbl).
The chance of success for the zones is estimated between 6% for the High Cliff Sandstone and 14% for the Dongara Sandstone.
Triangle is paying 40% of the costs for its interest, but in the event of a discovery it would be a double-win for the company, with a share in a new oil pool and the Arrowsmith plant, just 15km away, where the oil could be toll treated.

Triangle director Darren Bromley said the company's legacy interest in Queensland, the Reids Dome project, had recently attracted interest from groups keen to re-examine the potential of the gas discovery in the energy hungry east coast gas market.
How that deal could be structured is still to be defined, but Bromley suggested it could be spun-out in a separate vehicle, so as not to distract Triangle's focus from Perth Basin oil.
Reids Dome is a conventional gas field, discovered in the 1950s, and while it is isolated from the wider east coast gas market, it is close to several proposed open access pipelines.
Primary targets are the sands within the Permian basal Cattle Creek and the Reids Dome Beds, where there could be 300 billion cubic feet, with upside to 1Tcf.
The field has not been drilled since the Primero-1 well in 2006, but changes to east coast gas markets have sparked interest in the undeveloped Bowen Basin field.
The future looks bright for Triangle Energy as it extends its interest in the Perth Basin and participates in a number of exploration programs which have the potential to both extend mine life and involve its offshore and onshore Cliff Head facilities with third party participants.
The fact that its Arrowsmith onshore stabilisation plant is the only operational plant of its kind in the Perth Basin is certainly a significant asset in Triangle's portfolio. Triangle may well have all angles covered in the highly prospective and under explored Perth Basin.
This article was commissioned by Triangle Energy. 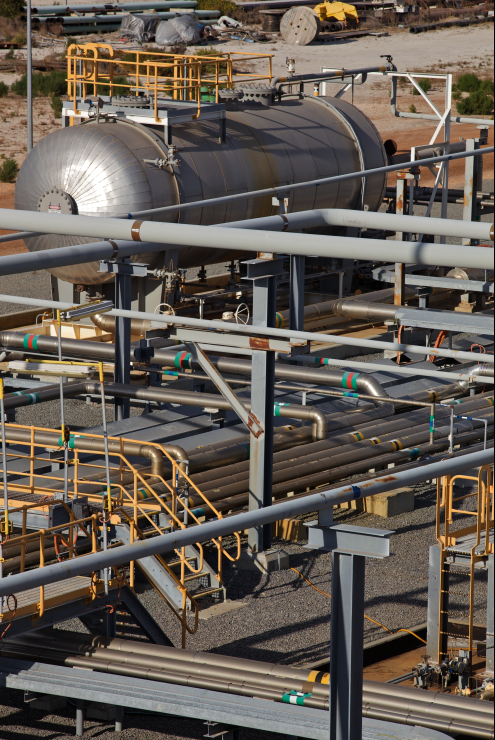 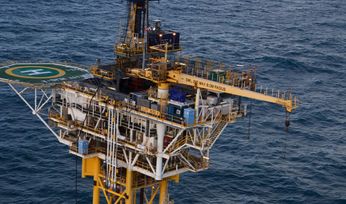 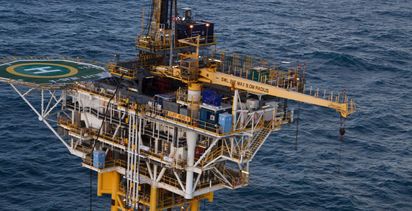