COOPER Basin-focused Beach Energy says it expects to spend $250-270 million and produce an increased 7.8 -8.6 million barrels of oil equivalent over the next 12 months, as it uses gas storage volumes to boost its sales into east coast gas markets.

It is much lower than Beach's $470 million exploration and development budget from last fiscal year.

Beach managing director Rob Cole said while Beach would join the recent industry&#8208;wide focus on reducing drilling activity preserving cash reserves and liquidity gas sales volumes in 2015-16 are expected to be higher than 2014-15 as a result of drawdown from storage.

The company will produce less from its fields due to natural field decline and curtailed drilling activity, so it will tap into its gas storage options.

The company's truncated but still-healthy capital program has been drawn up assuming continued low oil prices, and lower priority projects have been deferred to allow a focus on preserving cash reserves, which stand at $170 million.

"The 2015-16 capital expenditure program is expected to be fully funded in order to achieve a similarly strong liquidity profile at the end of 2015-16," Cole said.

The reduction in planned capital expenditure this year has been driven by lower exploration and development expenditure in the South Australian and Queensland joint ventures with Santos and minimal spending on its international permits and in the unconventional Cooper Basin gas project until a new partner can be found to replace Chevron Corporation.

Beach has reported its June quarterly sales rose 16% on the March quarter due to higher production and increased customer demand for sales gas, bringing 2014-15 sales to 10.5MMboe, marginally below 2013-14's record volumes.

Production was up 8% to 2.3MMboe due to higher Western Flank oil and non-operated gas production, with full year production at 9.2MMboe.

Highlights for the past three months include increased Egypt production of 61,000boe post commissioning of the El Salmiya gas pipeline and 16 wells completed with a success rate of 94%.

Beach has completed its exit from Romania and says the sale of its Egypt assets in progress.

The oil and gas producer has also doubled down on its interests in the frontier Bonaparte Basin in the onshore areas of the Northern Territory with the purchase of its privately owned partner, Territory Oil and Gas.

The permit delivered to Beach TOAG's 45% interest in EP 126, which surrounds the Weaber gas field and contains the promising wildcat Cullen-1 oil and gas shows.

The pair started off with four permits, and steadily reduced their interests, first ejecting the coastal permits.

Beach said the terms, while immaterial to it, remain confidential. A farm-out will be considered based on the thick shows seen in 2013's drilling.

A whole of company review is close to completion and will decide the fate of the company's Lake Tanganyika South Block, Tanzania.

The first phase of the plan, a review of Beach's strategic direction, has been completed. Further work will be completed to define a new organisational model and Beach's organisational capabilities.

"The next phases of the review are underway and will take into account the revised strategy, as well as benchmarking against peers."

The results will be known soon. 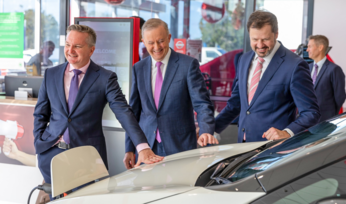 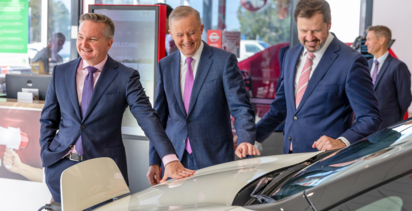 Spending to tumble in 2020: Rystad