THE recent Xanadu-1 oil discovery, just off the coast of the Perth Basin, is “eerily similar” to the nearby Cliff Head oil field, the only producing offshore field in the region and, if the similarities continue, Xanadu will be recognised as the most significant oil discovery in the region for decades. 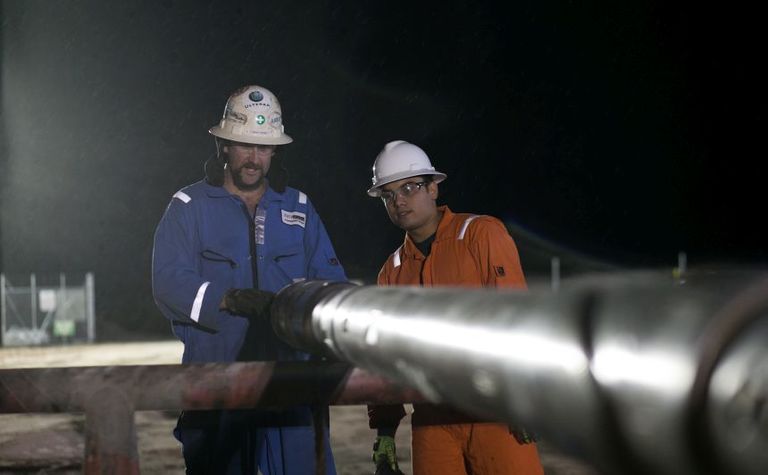 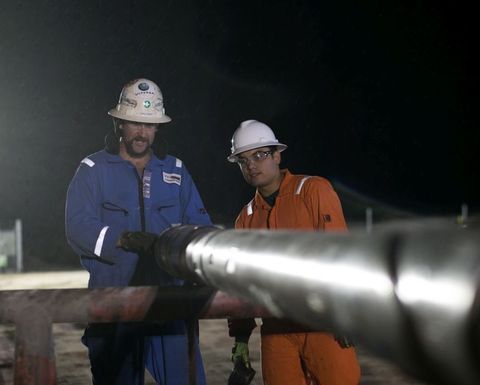 The Norwest Energy-operated TP/15 Joint Venture is still digesting the full results of the Xanadu-1 well, but the results are "so similar to Cliff Head in so many ways", managing director Shelley Robertson told Energy News, even down to the gravity of the oil (34.7 degrees API) with a similar lack of contaminants such as H2S or CO2.
Xanadu-1 reached a total depth of 2035m in mid-September, finding an oil-bearing reservoir in the upper Irwin River Coal Measures, the same zone as Cliff Head, which is the only other IRCM oil field in the basin and is located 14km to the north-west.
Cliff Head-1 has been in production for more than a decade, producing some 15 million barrels to date, and is expected to endure into the 2020s.
Pre-drill estimates for the IRCM in Xanadu-1 were for between 13-159 million barrels with a best estimate 88MMbbl.
The Permian-aged reservoir covers a 330m thick section with porosities ranging 15-16%, with log-derived hydrocarbon saturations between 41-66% and 4.6m of net pay in the uppermost sand at about 1580m, although there were hydrocarbon saturations seen on the logs for a further 120m.
The data suggests that there is excellent reservoir quality and evidence of oil down-structure.
Norwest and its partners are now planning the next stage of assessment to better understand exactly what has been discovered, Robertson said.
"This well was drilled on gravity and magnetic data instead of a seismic commitment, but now we have this discovery the JV will consider what the optimal forward program looks like," she said.
The intention is to acquire seismic by April 2018, followed by further drilling. There is already interest from contractors in the mixed onshore and transition zone seismic study with some "competitive" quotes being presented.
The follow-up well at Xanadu would most likely be drilled updip of the original location, from the same pad, with the expectation that the better quality sands would be penetrated above the inferred oil-water contact.
Cliff Head-1 encountered a 4.8m oil column and after side-tracking encountered much thicker sands and the hope is that the side-track Xanadu well will replicate that experience and locate the crest of the structure.
Assuming a commercial flow rate is established, the well will be completed and the oil could then be trucked 12km down the road to JV partner Triangle Energy's underutilised Arrowsmith stabilisation plant.
It is possible that in this scenario, commercial production could commence within 12 months of drilling the well, Robertson said.
Given the casing is already set, the next well should involve modest costs and should precede a "lean and mean" low-cost operation. A rig is likely to be available, she said.
Beyond production, Norwest also intends completing a more detailed analysis of the western flank of the Xanadu structure, which is further offshore, but could also contain commercial quantities of oil.
Whilst the eastern flank of the structure can be drilled from onshore, similar to Xanadu-1, Norwest is already examining ways of testing the western flank that would not break the bank, including an innovative barge-mounted rig option, which would be more nimble than mobilising a jack-up rig to the remote region.
"It's something to consider, and with Triangle and Pilot Energy considering drilling options around Cliff Head, we may be able to put together a larger program that could help reduce mobilisation costs."
The similarities between Xanadu and Cliff Head also suggest migration from the same source, which would upgrade other structures in the area.
While Xanadu's development is Norwest's priority, the junior isn't a one-trick pony, with a the shift from explorer back to producer coming from the resumption of output at the 6.278%-owned Jingemia field, an onshore exploration well at Lockyer Deep, and further development of its Perth Basin portfolio.
Robertson said the cash flow from Jingemia should be sufficient to cover the company's administrative overheads with some to spare, which will help advance the drilling of Jingemia Deep beneath the field and any other prospects that evolve. 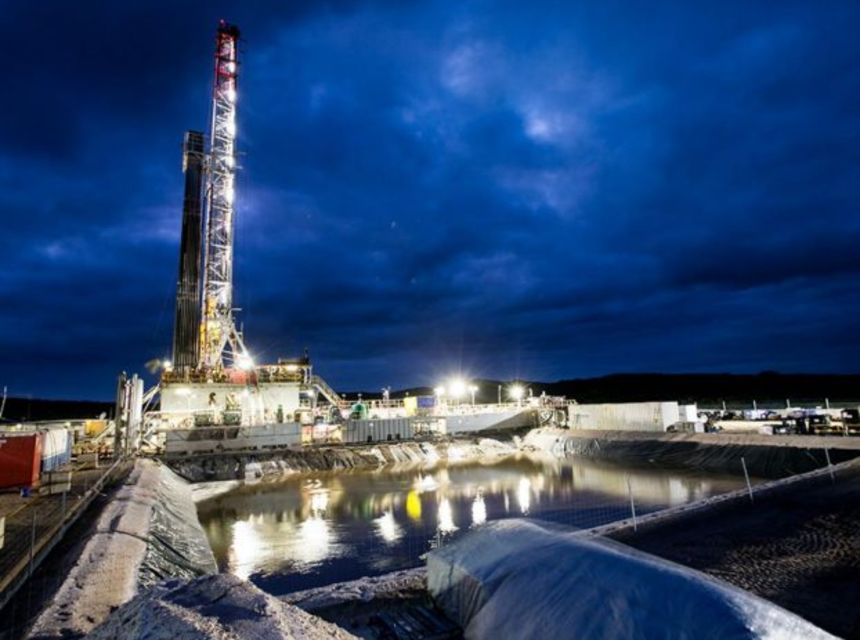 Xanadu-1.
Robertson said Norwest was looking to be in some of the best shape in its life, after sailing close to the wind in 2015.
Its next commitment well, due for drilling by mid-2018 is the Lockyer-Deep-1 appraisal well in EP 368.
While Norwest's new 80% partner and operator, cashed-up miner Mineral Resources has only just secured its interest, Robertson is keen to drill the location close to AWE's Waitsia, the biggest Perth Basin gas discovery in decades.
"Lockyer Deep is something I still anticipate being drilled next year. The JV agreement gives us the right to take over as operator in this situation if required, and our agreements with [Xanadu partners] Triangle Energy, Whitebark Energy and 3C Group provide options to farm-in on the same terms as at Xanadu," she said.
Norwest said there was international interest in EP 368 and the adjacent EP 426 because of the Waitsia analogue, presenting opportunities for securing alternate funding for what could be the first test of a new prospect in the emerging play since the almost-accidental discovery in the Senecio-3 well.
Lockyer Deep will target a mid-case 58 billion cubic feet of gas with a range of 25-134Bcf in the Kingia/High Cliff Sandstone, with a secondary oil target in the Dongara Sandstone supported by shows in the earlier Lockyer-1 well.
Regardless of the outcome of the well, Norwest would also like to test the adjacent North Erregulla Deep target, which is similar in size with a mid-case 55Bcf gross with 3.55MMbbl oil potential.
The two structures may even be connected, which would open the potential for a field with some 256Bcf, a rival of Waitsia in size.
"Even if Lockyer-Deep doesn't come in, North Erregulla is a prospect you would want to drill anyway because it is potentially a separate accumulation," she said.
A commitment well is also planned in EP 413, the onshore permit adjacent to Xanadu, however the unconventional Arrowsmith-3H could be delayed given the WA governed-appointed panel is unlikely to complete its technical review into hydraulic fracture stimulation until later in the year, and a state-wide moratorium is in place until the review is complete.
Hydraulic fracture stimulation would be required to unlock the potentially massive unconventional potential of the Carynginia Shale, High Cliff Sandstone and IRCM at Arrowsmith, although there is conventional potential in the permit.
Robertson said the discovery of oil at Xanadu could lead to a fresh look at the Perth Basin, and could help a fresh round of consolidation, which Norwest could play a role in.
Norwest retains interests in five permits within the northern Perth Basin, and is operator of two of these.

This article was commissioned by Norwest Energy.

CH-7 returns to production but CH-6 runs into trouble 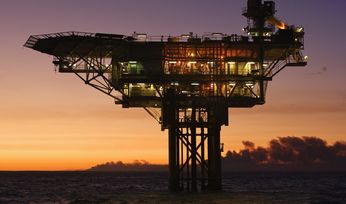 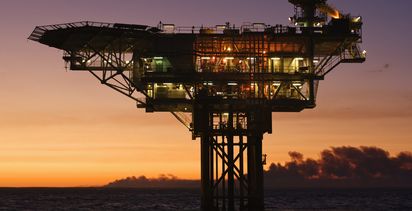