The company has earmarked the second-half of 2018 to finalise concept engineering and design studies for its proposed Western LNG development, with stakeholder alignment activities a critical step in progressing the development.

It builds on the company's prime position as the operator of two of the four licences that would provide the foundation gas for the project.

The Western LNG project would not only be transformational for the Western Province of PNG, but it would also see Horizon's currently oil-based production profile become dominated by gas.

Newly installed CEO Michael Sheridan said Western LNG had the potential to generate approximately US$20-30 billion in revenues over its lifetime.

"As we refine and optimise the development scheme utilising the results of the pre-FEED studies, our confidence in the technical viability, operational reliability and economics of the project continues to grow," Sheridan said.

These resources underpin the proposal for the project's northern processing hub, while future backfill gas would come from the Puk Puk, Douglas, Weimang and Langia fields in PRL 40, supporting the development of a southern processing hub.

The processing facilities at each hub would provide for primary reservoir fluid separation, gas dewpoint control, compression and condensate stabilisation.

Transfer of the conditioned gas and stabilised condensate streams is planned to occur via separate cross-country pipelines traversing a distance of approximately 500km from the northern Fly region to Daru Island, where a nearshore liquefaction facility is proposed to be located.

Horizon expanded its stake in the project last year, increasing its interest in Elevala-Ketu by 3.15%, following the acquisition of Mitsubishi's interest.

It also acquired a net 30% of Ubuntu and a 20% stake in the Puk Puk and Douglas fields.

Overall, Horizon holds approximately 30% of the resources slated to supply Western LNG and, together with Repsol, operates each of the participant fields.

Horizon and Repsol hold almost 70% of the foundation resource for Western LNG, which totals 2-2.5 trillion cubic feet of gas (2C) and 60-70 million barrels of condensate, while the balance is held by Kumul Petroleum, Osaka Gas and Kina Petroleum. Repsol has recently advised it has agreed to sell its PNG licence interests to China's Changcheng Natural Gas Power Company, further strengthening the outlook for the project.

Western LNG is not the only game in town, however, with PNG's state-owned Kumul also promoting its Western Pipeline proposal as a solution to commercialisation of the currently undeveloped resources in Western Province.

Western Pipeline would develop the western fields via an open-access pipeline to take gas to a dedicated LNG export facility in the Gulf Province or potentially to Port Moresby's Caution Bay, where it would feed an expanded PNG LNG project.

This proposal has potential to generate US$55-65 billion in total revenues and would look to take in the Western Forelands fields currently operated by Horizon and Repsol, as well as the P'nyang field owned by ExxonMobil, Oil Search and JX Nippon.

Opportunities to tie into a future development of P'nyang also remain a possibility.

While Horizon is developing Western LNG as its stand-alone base case, it is continuing to engage with Kumul and others, which may provide an option to participate in a future development as an upstream gas supplier or through midstream and downstream projects.

The go-ahead for development, via Western LNG or an alternative option, will ultimately depend on various factors including timeframe, viability, financial and technical risk and consideration of the overall stakeholder benefits.

Regardless, international conditions are favourable for Horizon as its PNG plans progress, with projections of significant LNG demand growth in Asia over the next decade, particularly within China, enhancing the level of confidence of developing its resources.

The oil price recovery of the past year and the associated cost-competitive environment for oilfield services has also been a boon, leading to a potential revival of the prospects of an early condensate recovery scheme at Stanley.

That proposal was delayed when the oil price collapsed in late 2014 but it is now re-emerging as an attractive investment proposition, providing Horizon the potential to generate near-term economic value from Stanley as it progresses Western LNG in parallel.

Of course, it is never plain sailing for any company operating in a complex international environment, and optimism around recent PNG achievements has been tempered somewhat by notices of intent issued by the country's petroleum minister to cancel PDL 10, PL 10 and the Stanley gas agreement held by Horizon and its joint venture partners.

Were this to occur, the effect would be significant, with the Stanley field accounting for about 20% of the aggregated gas resource planned to supply Western LNG.

The joint venture partners have submitted a written response to the minister, in which operator Repsol argued that the notices are without merit and procedurally invalid.

CEO Sheridan says Horizon supports this view and intends to work with its partners and the relevant PNG government officials to attempt to resolve any misunderstandings.

He said that Western LNG would provide a number of significant benefits to local landowners and communities in Western Province and to industries across PNG.

"It has the capacity to create long-term employment and economic opportunities in Western Province, gas for power generation for PNG mines, industries and communities," Sheridan said.

"It also has the potential to supply gas to PNG-located industrial customers in industries including methanol and fertiliser production.

"It will generate tax revenue and export income and provide project infrastructure that will benefit the petroleum industry and other industries and communities."

Elsewhere in the world, Horizon continued on a positive trajectory of growth and development in the past year.

Its latest quarterly report revealed the company had 2017-18 financial year revenue of US$100 million, which was an increase of 46% on its 2016-17 performance.

Its net operating cash flow was US$75.1 million, which was an increase of 45%, and its oil sales volume of 1.65 million barrels represented a 16% increase over the previous year.

Sheridan said the positive results, which were supported by an environment of strengthening prices, underscored the benefits of Horizon's material production from developed fields in China and New Zealand.

Continuing solid production performance from China came from the Beibu Gulf fields, while Horizon's New Zealand presence was bolstered by an additional 16% interest acquired in the Maari and Manaia fields.

It was a strong year by any account, though the big prize remains PNG.

Horizon Oil is an ASX-listed oil and gas exploration, development and production company, incorporated and domiciled in Australia.

Horizon Oil is an ASX-listed oil and gas exploration, development and production company, incorporated and domiciled in Australia. 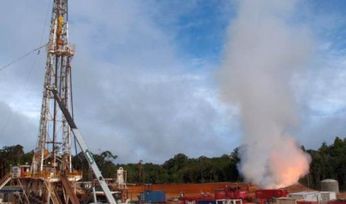 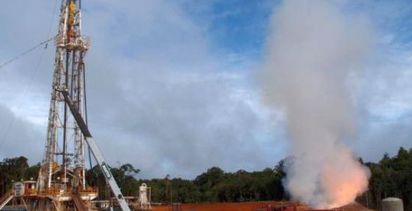