At the Tipton West field Arrow and its partner Comet Ridge (20%) were awarded Petroleum Lease 198, which allows for the production and sale of oil or gas from the 260 square kilometre Dalby farmout block of ATP 683.

Meanwhile, production testing continues at the seven well Tipton West pilot and the joint venture partners are planning to drill another two producing wells. These are designed to test further completion design modifications and to accelerate water production from the eastern side of the pilot.

Overall, the pilot is producing just under 300 mcfd and 2800 BWPD. First sales gas from Tipton West is planned for early 2006.

At the Kogan North development, Arrow and its equal partner CS Energy have been granted a petroleum lease and a pipeline license.

Petroleum Lease 194 covers 196 square kilometres in ATP 676, allowing the production and sale of hydrocarbons from Kogan North and surrounding areas within the PL area.

The companies have also been granted Petroleum Pipeline Licence 104 for the construction of a lateral pipeline linking the Kogan North field with the Roma-Brisbane Pipeline. First sales gas from Kogan North is due in September 2005. 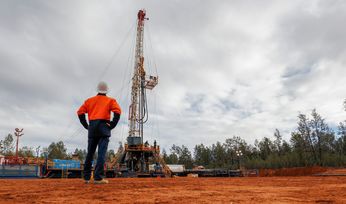 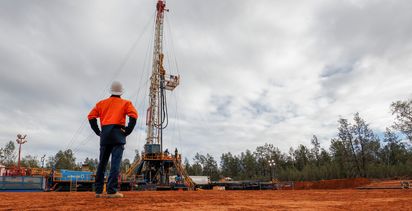