AUSTRALIA’s Woodside Petroleum has moved from its exploration and appraisal phase of its massive A-6 gas project, offshore Myanmar, into the pre-front-end engineering design phase. 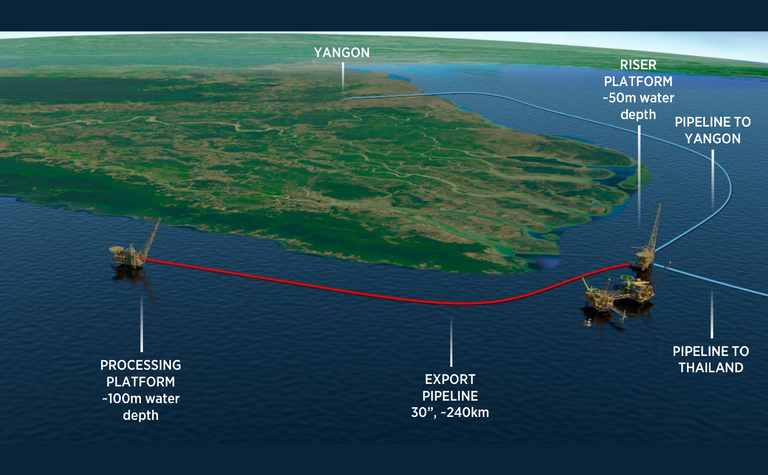 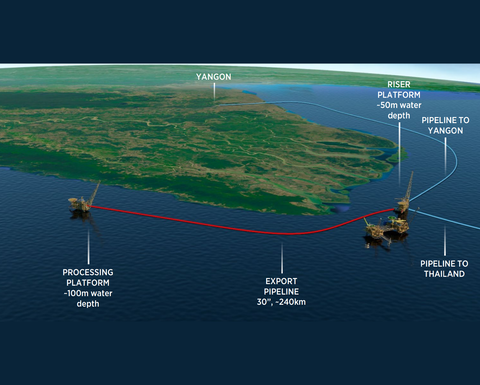 It comes a year after Woodside as operator successfully drilled two wells including its Shwe Yee Htun-2 appraisal well in the Shwe Yee Htun field in Block A-6.

Woodside has a 40% operational interest in Block A-6 alongside Myanmar Petroleum Resources (20%) and Total (40%).

The joint venture first discovered the gas field in 2015, which was followed by another successful discovery in 2017, Shwe Yee Htun-1.

Shwe Yee Htun-2 spud July 2018 and intersected a gross gas column of 168 metres. The column was confirmed through wireline logging and pressure measurements.

The cumulative resources of all three wells are evaluated in the range of two to three trillion cubic feet of gas.

Today Woodside said it had inked a production sharing contract and an Agreement on Upstream, and Midstream Ration with its joint venture partners and the government.

"We appreciate the government of Myanmar's ongoing support and willingness to work with the joint venture to ensure the A-6 Development is progressed in a timely manner," Woodside executive vice president development Meg O'Neill said.

"The Block A-6 Joint Venture and the Government of Myanmar have agreed a fiscal framework that will enable commercialisation of Myanmar's first ultra-deep-water resource."

The Shwe Yee Htun field lies in around 2300 metres water depth and will be developed using six wells for the first phase.

Woodside successfully completed concept selection and definition studies as well as a commerciality assessment this year.

Now as it enters pre-FEED it will look to conduct site surveys and engineering studies along with key permitting approvals.

The latest concept development will use a processing platform that will produce gas from the six wells before piping it a riser platform. Gas will go to Thailand and Myanmar's largest city and former capital Yangon.

Another four wells will be drilled in the second phase.

The A-6 development is targeting FEED entry in the second half of 2020.

Woodside has one of the largest offshore petroleum acreage holdings in Myanmar with interests in nine offshore blocks.

In comparison to Woodside's Browse and Scarborough projects the A-6 development is small, with around 76 million barrels of oil equivalent resource.

Woodside was up slightly this morning at $35.11 cents per share. 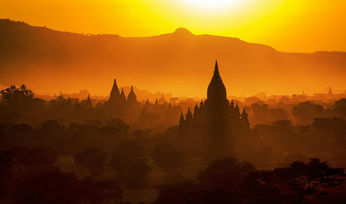 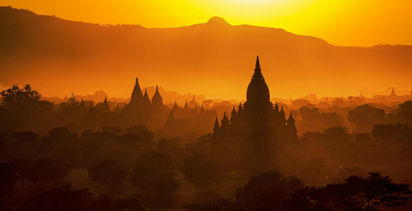