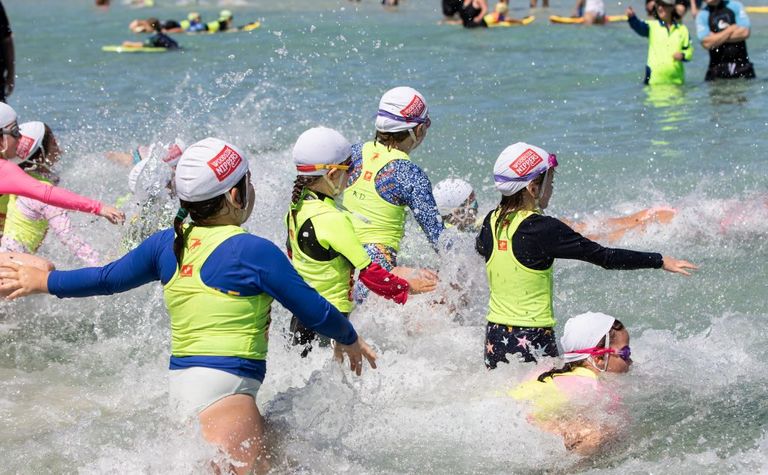 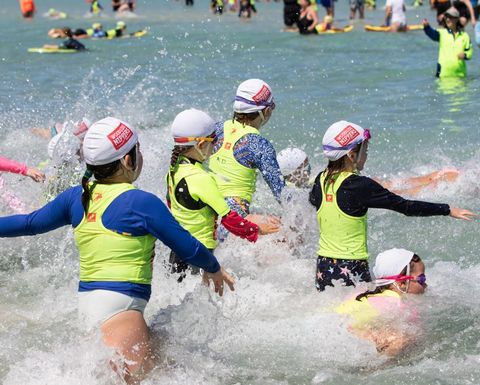 Funding kids surf lifesaving program too much for green group

Woodside sponsors a number of community, arts and entertainment programs across its home state, including the Fremantle Dockers football team, The Western Australian Symphony Orchestra, and the WA Ballet Company.

It has faced a sustained campaign by climate and environmental activist groups which describe its involvements in such programs as attempts to maintain social licence that amount to greenwashing.

However, CCWA has described Woodside's rebranding of SLSWA's Nippers program to "Woodside Nippers" as a step too far.

Student writer and researcher Nikita Binetti, working alongside CCWA, noted WA has become the only state for which the Nippers programme is now the namesake for an oil and gas company, with Woodside taking over its name and branding "in an attempt to fully position themselves as an essential part of a healthy community".

She highlighted the extent that Woodside's branding features in the programme and advertising for it, including having the young "nippers" wear red and white rashies and hats which feature Woodside's logo, and participants aspiring to earn the annual "Woodside Nippers Club Achiever Award".

"One of the state's biggest polluters encourages families to enrol so that they can watch their children ‘grow a lifetime connection to the surf'- an aspiration which sits diametrically in opposition to Woodside's appalling track record of endangering and damaging vulnerable marine environments," she said.

A Woodside spokesperson told Energy News the program was part of its longstanding partnership with SLSWA, which began in 2012, saying they both shared a deep commitment to safety and education.

"Volunteering is part of the culture at Woodside and we also want to show our support for the thousands of volunteers who give up their time to run the Nippers programs, which help keep our communities and beaches safe," the spokesperson said.

"The partnership provides significant support to the WA surf clubs and volunteers running the programs through the provision of program safety equipment and resources.

"It also provides every child with a new uniform, making the programs even more accessible to WA families who wish to join."

SLSWA could not be reached for comment. The Nippers program is also sponsored by LotteryWest.

The attack on Woodside's Nippers program was also used to criticise the company's upcoming Scarborough and Pluto LNG expansion project, highlighting the potential impacts the proposed drilling and dredging required for it would have on local marine life.

"If Woodside were truly supportive of West Australian families growing ‘a lifetime connection to the surf,' the Scarborough and Pluto LNG expansion simply would not be on the table," Binetti said.

CCWA is currently taking Woodside and the state government's Environmental Protection Authority to court arguing that a judicial review for the environmental approvals the company received over a year and a half ago is necessary.

Earlier this year after a sustained campaign against Woodside's sponsorship and naming of the "Woodside Pleasure Garden" at the Perth Fringe Festival, the company dropped its direct sponsorship of the festival, instead contributing to Artrage - the company that organises the event.

Funding of the arts by oil and gas companies has been attacked in Australia and overseas. The Royal Shakespeare Company ended its partnership with BP in 2019 after sustained criticism from environmental groups. 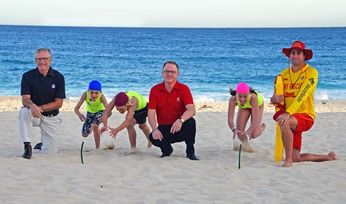 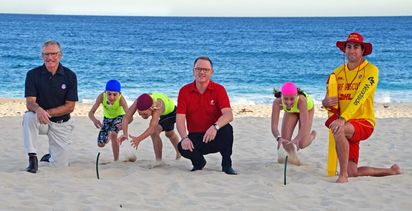