SPAIN'S Repsol has cemented its aim to expand its offshore and unconventional capability by agreeing to buy Canada's fifth-largest independent oil producer Talisman Energy for $US13 billion ($A15.81 billion), The deal, which is the biggest international transaction by a Spanish company in the last five years, will transform Repsol into one of the world's biggest energy groups, increasing its presence in politically stable OECD countries and reinforces its upstream business which has become its "growth engine".

The combined company will be among the 15 largest privately owned oil and gas companies in the world, with the deal subject to the approval of the Canadian courts and Talisman shareholders, who are expected to vote on the merger in February.

It also adds Talisman's E&P assets in Canada, the US, Indonesia, Malaysia, Vietnam, Colombia and Norway, among others.

The acquisition will be financed with cash essentially obtained from the recovery of value from YPF following its expropriation ($6.3 billion) as well as other sources of liquidity available to the company.

Repsol CEO Josu Jon Imaz said the agreement with Talisman was the end result of an "exhaustive analysis" of over 100 companies and assets globally.

"In every area, Talisman has always been the best option, because of the excellent quality of its complementary global assets, including its talent. With Repsol's ability to support growth of these assets there is much value to be realised - it is a win-win situation and will transform Repsol," he said.

Both companies' boards unanimously approved the transaction, targeted to close on Q2 2015, which will increase Repsol's output 76% to 680,000 barrels of oil equivalent per day and reserves by 55% to over 2.3Bboe.

The deal also weights Repsol's portfolio heavily in North America, with almost 50% of capital employed in exploration there. Latin America will represent 22%. Canada and the US currently make up just 10% of Repsol production; and the resulting company will allocate 30% of its capital employed to the region, totalling about $15 billion.

Repsol has been actively investing in Canada with exploration activity offshore East Coast and is a major partner in the Canaport LNG facility located in New Brunswick.

Of particular interest to Repsol was Talisman's offshore and unconventional capabilities, with Repsol to retain Talisman's talent in Canada, and Calgary to become of or Repsol's largest management offices as an "important E&P centre" for the combined company.

Talisman's Canadian assets will continue to be managed locally in Canada.

"Repsol is a world-class operator with a solid track record and the financial capability to continue the development of these assets within their international portfolio. I am proud of the company that our employees, past and present, have built and I believe this transaction represents new opportunities for them in Canada and around the world," he said.

Repsol chairman Antonio Brufau, said his company's combination with Talisman allows it to align their "highly complementary" portfolios of upstream assets to create a "truly global company well-positioned to grow production and reserves".

"Talisman has strong operational capability, a highly skilled workforce and we look forward to leveraging their expertise as we partner to create a stronger, more profitable and competitive organisation," he said.

Repsol is the highest scoring oil and gas company in the Dow Jones Sustainability Indices in two out of the last three years. Prior to the merger it produced 386,000boepd with a refining capacity of 998,000bpd; while it says its downstream assets are Europe's most efficient.

Its offshore discoveries, including some of the world's largest finds in Brazil, add to significant production growth at its upstream unit from Latin America. Its reserve replacement ratio was 275% in the last year, the highest among integrated oil and gas companies. 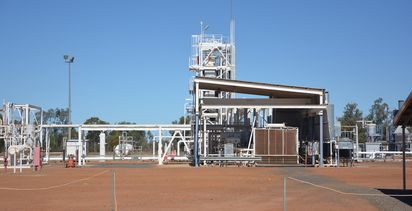