THE appetite for frontier exploration in Australia is diminishing at a rapid rate, with vast swathes of exploration acreage being dropped across Australia's North.

Privately-owned Paltar Petroleum has just dropped two dozen lease applications across the Arafura, McArthur and Money Shoal basins, mostly around the coastal areas of the NT, stretching some 1500km.

Paltar made headlines for its plans to search for shale resources in Arnhem Land, which were fought by traditional owners in 2013 and were recently the subject of a documentary, Stingray Sisters.

The explorer, which has been the cause of some consternation in the Northern Territory over its hunt for unconventional resources, confirmed to Energy News that it has relinquished its offshore exploration permits in the NT but is sticking with the hunt for oil.

"The company remains committed to its onshore oil and gas exploration activities in Australia," a spokesperson said in a statement.

Paltar, which was formed by Falcon Oil & Gas' former managing director, Marc Bruner, is driving exploration investment into the Beetaloo Basin where it has a number of permits.

Paltar previously considered an IPO on the Australian Securities Exchange, seeking a reported $25 million, but has so far been unable to raise the funds in at least two attempts, despite the backing of Australian-listed Sinovus Mining.

The company will now focus on its less controversial areas in the Beetaloo, some 600km south of Darwin, where Ryder Scott estimates that the basin could have 17 billion barrels of unrisked recoverable oil and 64 trillion cubic feet of natural gas.

Paltar hopes to drill up to a dozen coreholes in an area near where Falcon is exploring, assuming it can raise the cash, something that could be helped by successful drilling and testing by Falcon and its partners Origin Energy and Sasol.

Elsewhere in the NT Central Petroleum has started dropping non-core blocks, including some of its longest held areas EP 97 and PELA 77 in SA.

The Pedirka Basin blocks were with Central from the time of its first attempt to float as Merlin Energy back in 2004.

EP 97 was the site of one of Central's earliest wells, Simpson-1. It was explored by partners including Santos, Rawson Resources and Petroleum Exploration Australia, primarily in the

Pellinor was an unmapped by interpreted Devonian reef complex with multi-billion barrel potential, while Madigan, which extends into EP 93, was defined as a multi-level robust four-way dip closure at the Permo-Jurassic levels and a deeper Devonian potential with a potential oil in place of four billion barrels in the post-Permian sediments alone.

The block covered 11,00sq.km in the Simpson Desert, immediately north of the South Australia border.

Central once saw similarities to the Amadeus Basin in the deeper pre-Cretaceous section and the Cooper Basin in the shallower Permian sections, and had developed an impressive inventory of large and medium sized leads and prospects to explore.

The Pedrika Basin has potential, as defined by the Simpson-1 well encountered extensive wet gas shows over a 40m gross interval of sandstones within the Cretaceous Toolebuc Formation, together with wet gas shows in sands of the Permian-aged Purni Formation.

All is not lost, however, and Brisbane-based Tri-Star Energy Company 100% has applied for PELA 663 over 5795sq.km in the South Australia's Pedirka Basin.

Also in South Australia the licences held by disgraced UCG explorer Linc Energy, a legacy of its takeover of Sapex, have all been suspended.

The Arckaringa Basin blocks will now expire between 2018 and 2022, assuming someone wants to buy them from Linc's liquidator.

To the west in WA, US giant Hess has begun to disengage with the Canning Basin, withdrawing seven lease applications in the Kidston Sub-basin.

Relinquishment of its granted areas, purchased for $12 million from Kingsway Oil in 2012, is also expected to follow as the company focuses on its offshore Equus gas project.

In the eastern Canning Basin, failed Australian Liberty Alliance candidate and Oilex founder David Archibald has admitted defeat after multiple attempts to farm out his blocks near the White Hills-1 well as Backreef Resources, Yeeda Oil and Perth Resources.

Archibald and his partners were awarded the blocks in 2007 and 2008.

The areas were previously explored by the likes of Shell, Mobil and JOGMEC, and Archibald believed that a well up-dip of the White Hills-1 oil discovery could define a commercial 20MMbbl oil field.

Indeed, he called it one of the lowest risk onshore wells in Australia.

Archibald had four licences awarded, but had never concluded native title negotiation in the decade he had the opportunity.

Company on track for frontier wildcats 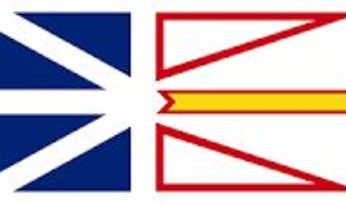 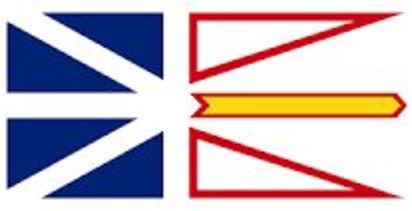