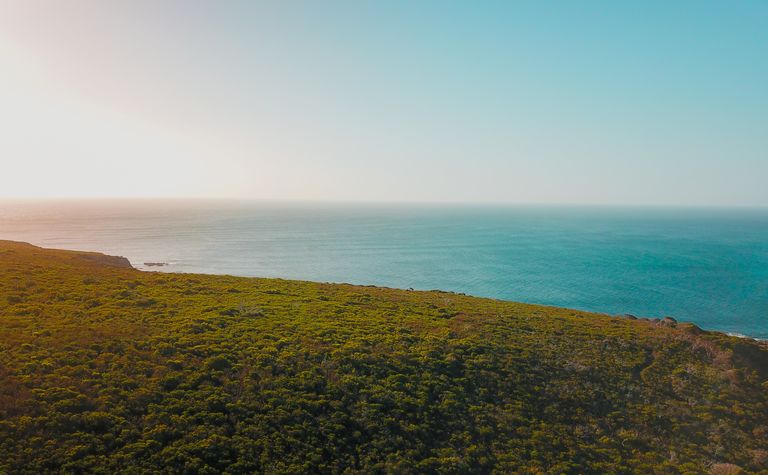 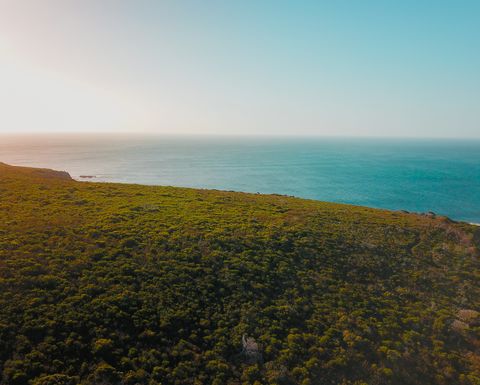 The company holds a 60% operating interest in the WA-481-P permit which covers approximately 200 kilometers of offshore acreage. The remaining stake is held by Key Petroleum.

Yesterday Pilot announced it had received a five-year extension of the permit and outlined its intention to acquire new seismic and drill the first exploration well by 2024.

The company also reiterated the importance of a resource assessment from independent analyst RISC which showed the permit could contain 145.6 million barrels of oil equivalent across two prospects. RISC initially released the assessment in 2017.

This prospective resource is broken down into 41.6 Bcf of gas and 6 MMbbls of oil within the Frankland and Dunsborough fields. A third much larger prospect known as Leander Reef is estimated to hold up to 98MMbbls of oil on a prospective basis.

The WA-481-P permit contains multiple oil discoveries across fourteen structural prospects. Brad Lingo intends to target three of these as a "priority" for the company.

While there is huge potential for Pilot Energy, it is also important to note the chance of probablilities - which in the case of the Leander prospect is between 8% and 15%. This is a low estimate and means it is unlikely that Pilot would ultimately drill the prospect.

If the fields are found to contain commercial discoveries, Lingo said they would be developed as a hub, and tied back to the onshore Dongara gas facility, located some 20km to the east.

He noted prior success in the onshore Perth Basin, namely the Waitsia and West Erregulla major gas discoveries, gave the company some confidence that the oil and gas resources would stretch through the offshore Perth Basin.

"The real expenditure will be when we get to year three of the permit with 2D and 3D seismic acquisition. At this stage we just want to mature the acreage and take it to the right state where we can bring in additional development partners," Lingo told Energy News.

"Clearly there are logical candidates operating in the immediate adjacent onshore and offshore areas. The first port of call would be talking to our neighbors." 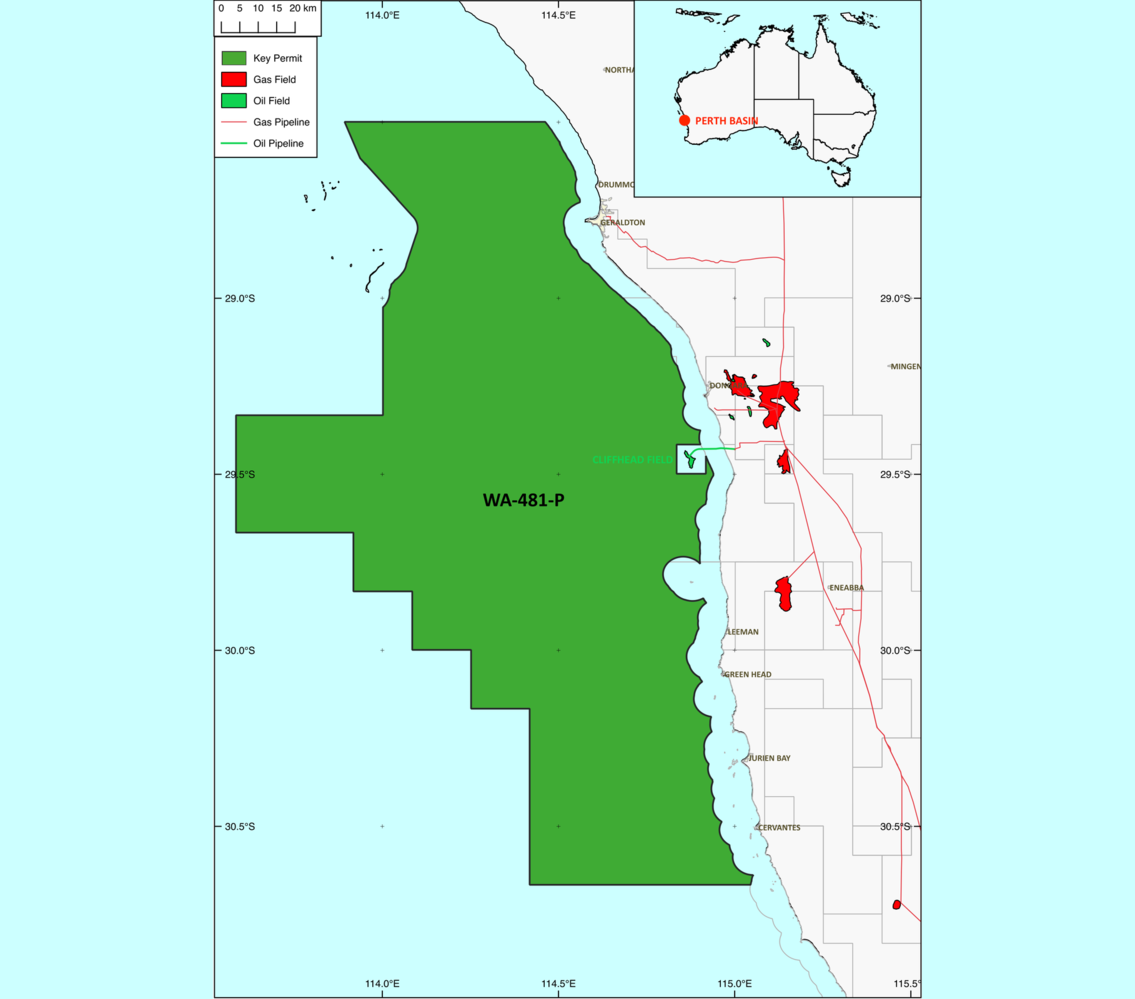 "Both onshore and offshore we have opportunities. The permit circles the Cliff Head facilities and those production licenses and that infrastructure," Lingo said.

"Equally when we look onshore we have the existing Arrowsmith Plant, we're also directly south of Dongara and at anywhere along the length of the pipeline there is ready access to the Dampier to Bunbury pipeline, we've also got access to the Mondora gas storage and there's significant gas storage that could be developed."

He also noted the importance of gas in a decarbonising environment and said any commercial discovery of gas within the permit would help shore up renewable development in the domestic market.

Aside from the WA-481-P permit, Pilot Energy also holds operational interests in four other permits within the Perth Basin - Wa-507-P, WA-503-P, EP480, and EP416 - which between are estimated by RISC to hold more than 1.6 billion barrels of oil equivalent.

WA-507-P lies in the offshore Perth Basin and covers 1662 sq.km. RISC believes this permit could hold 1.58 billion barrels of oil equivalent on a 2C basis. Pilot Energy is the operator and Black Swan Resources holds the remaining 20% stake.

EP416 and EP480 are contiguous with the Waitsia gas and condensate discovery, according to RISC and located in the southern part of the onshore Perth Basin, on the coast of Western Australia between the towns of Mandurah and Bunbury.

Pilot holds a 60% operational interest in both of these permits, which combined stretch across more than 2300 sq.km.

The onshore permits have only been "lightly explored" with just three historic wells drilled since the 1960s.

One well encountered good quality sandstone reservoir intervals. The primary target is the Permian Sue Sandstone. A secondary target is called Lesueur which is shallower. 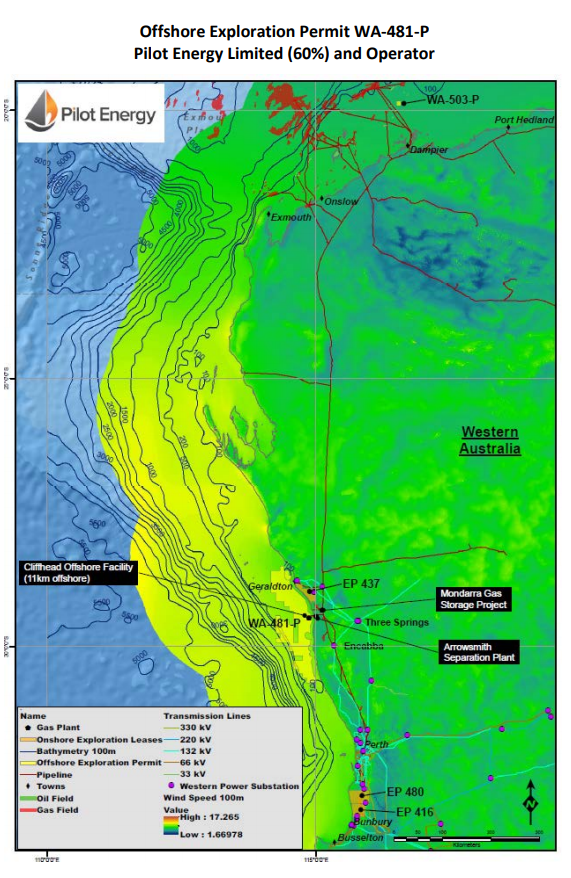