THE rapid ramp-up of LNG as shipping fuel has drawn concerns about the transition to the new technology for fleet crews – and the potential for explosions. 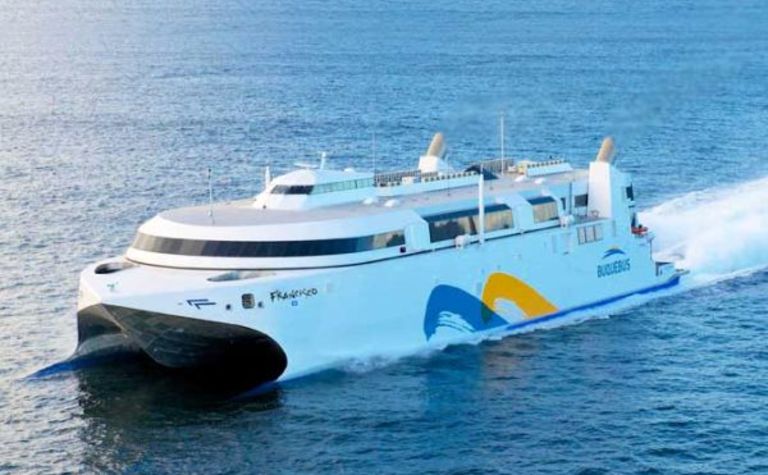 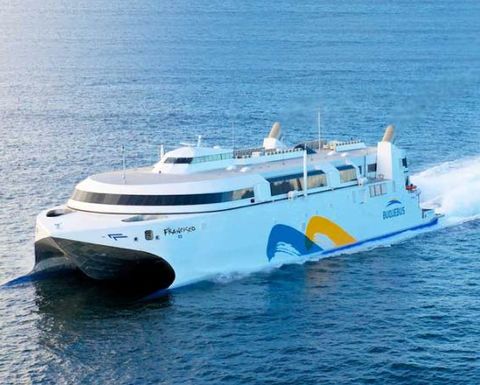 The Falck conference on LNG hazard awareness and fire hazard management in Perth yesterday revealed concerns among industry safety experts about the introduction of small-scale LNG as bunker fuel for ships, along with pressurised installations.

UK-based Roger Roue of Alkane Marine Consultancy told Energy News on the sidelines of the conference yesterday that LNG for ship transport fuel is developing rapidly due to new legislation introduced by the International Maritime Organisation and national and regional bodies like the European Union aimed at reducing the sulphur content that can be burned in national waters.

These new rules are forcing ship owners into LNG - a cheaper option, but one potentially fraught with danger. Upstream players are certainly awake to the trend.

Shell's executive vice president of integrated aas Maarten Wetselaar said when launching dedicated LNG for transport infrastructure at the port of Rotterdam in the Netherlands in July that "we believe LNG will form a bigger part of the transport fuel mix in the future".

After spending 17 years as principal technical adviser for SIGTTO (Society of International Gas Tanker and Terminal Operators), Roue set up Alkane Marine Consultancy, which has assisted with drafting a safety guide for users and suppliers of LNG as a marine fuel and providing LNG awareness training for the UK Health and Safety Executive for its oil and gas industry.

He said while saving money by using LNG was all very well, shipping companies needed to seriously invest into training their fleet accordingly.

"You can't just say ‘there you are, you've got an LNG fuelled ship, get on with it'. That's one of the challenges of the industry at the moment," he said.

"LNG as a ship fuel is not really global. It's happening in Europe and the US. New container ships fuelled with LNG are being ordered, but I think as the environmentally controlled areas come in, where you can't burn fuel with sulphur in it, you're going to see more of this, and that's where we're going to have a problem.

"So ship owners have three options: burn heavy fuel but put ‘scrubbers' in, where you scrub the flue gas - which is fine but then you're handling a lot of chemicals on board the ship. Also, at the end of that, you have effluent, which is hazardous waste for all intents and purposes, so you're going to have to pay to get rid of that, and basically it's gone into the environment.

"The easy option is to convert and burn low-sulphur diesel, but that's expensive; and there's also talk about how much of that will be available for marine fuel.

"The third option is LNG, which is what a lot of operators are looking at."

He said that while people have been working with LNG and LPG for years, his concern is what he calls "a culture change".

"You're now handing [LNG] over to people who are used to working with diesel and heavy fuel, and a lot of work is going to have to go into that to educate them in the hazards of LNG - not just the flammability, but the cryogenic hazard, which is a big thing" he said.

"We've always said that with LNG, as it's stored more or less at atmospheric pressure, if you get a fire in the system it will burn but not explode.

"When you start pressurising LNG you have the possibility of a BLEVE - boil liquid expanding vapour explosion. I won't say it's not uncommon, but we've had a lot of incidents over the years with LPG BLEVEs.

"Basically you have a containment system, and if it's been involved in a fire, it heats up, the pressure goes up, the relief valve lifts, but you have a situation that the fire actually impinges on the containment system. It weakens the structure and it fails, and you end up with a pressurised liquid vaporising, and you have a huge fire ball with blast effect and the release of massive amounts of radiant heat."

WA to be home to Pilbara refuelling hub to boost economy 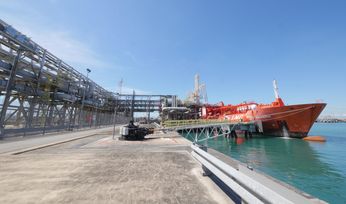 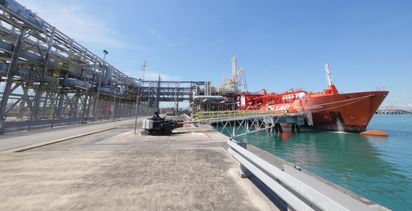