SANTOS’ presence at the COP26 summit in Glasgow has attracted criticism in some quarters, as it used Australia’s pavilion on the conference floor to promote its just-sanctioned Moomba CCS hub. 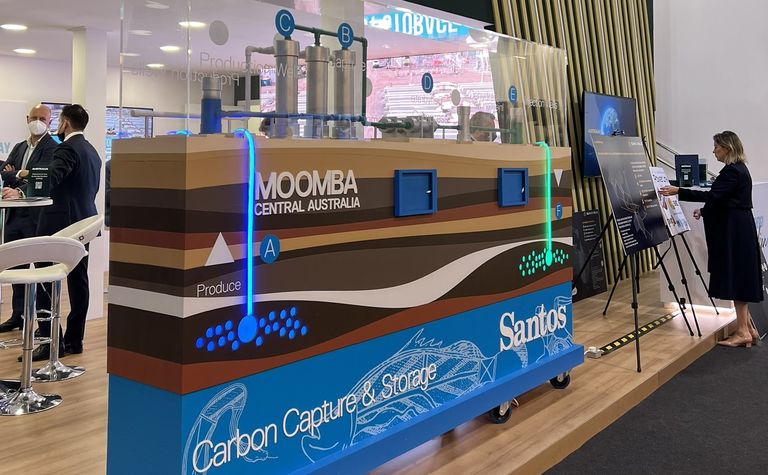 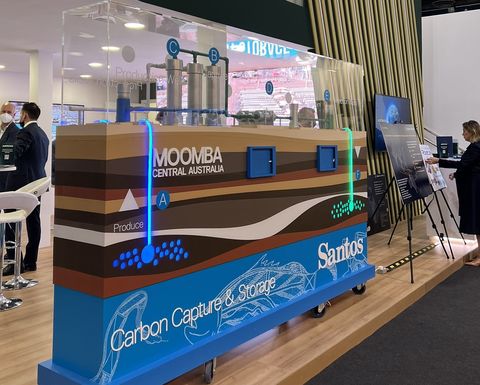 Santos' Moomba CCS model at the Australia pavilion at COP26.

Santos' presence includes a demonstration of its CCS project which it made a final investment decision on last week.

The project involves eventually pumping and storing 1.7 million tonnes of CO2 into geological reservoirs in the Cooper Basin.

Commentators from progressive thinktank The Australia Institute described Santos' model as "grotesque", while former Australian prime minister Malcolm Turnbull argued the presence of an oil and gas company ran counterintuitively to the conference's goal of reducing emissions from fossil fuels.

"Look at the Australian stand - you've got a gas company highlighted apparently at the insistence of the energy minister, who thinks that our energy policy should be all about burning gas," Turnbull told reporters.

"The whole object is to stop burning fossil fuels."

However Santos appears to be the exception in terms of oil and gas companies making physical appearances at the conference, with Woodside Petroleum opting to attend virtually.

The UK's peak oil and gas body, OGUK, confirmed that there was no formal role for it at COP26.

Meanwhile Shell CEO Ben van Beurden said last week that the company was "not welcome" to the summit.

Ahead of attending the conference, Santos CEO and managing director Kevin Gallagher said its CCS projects were attracting significant international interests, saying Australia has a natural advantage in CCS.

"The IEA says we will need a hundredfold increase in CCS by 2050, going from 40 million tonnes a year today to 5.6 billion tonnes in 30 years time with Executive Director Fatih Birol recently saying that reaching net zero goals without CCS will be almost impossible," Gallagher said.

The Glaswegian-born chief said he would be attending the conference to push for an opening up of international carbon markets so that companies like Santos could buy the credits needed to offset its operations, adding that Australia could become "a carbon storage superpower".

"COP26 offers Australia an unrivalled opportunity to showcase the nation's natural competitive advantages to decarbonise on a large and commercial scale using carbon capture and storage," he said.

"I believe that Australia's reputation for high integrity ACCUs will ensure that demand for credits generated here in Australia would be strong."

International carbon trading falls under Article 6 of the Paris Agreement; however negotiators have so far been unable to reach a consensus on how such a market would work.

The negotiating text on Article 6 was released overnight which features over 373 areas of disagreements for policymakers to work through over the next two weeks.

NSW hydrogen, with CCS in SA 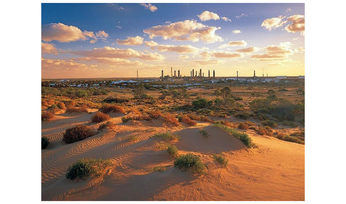 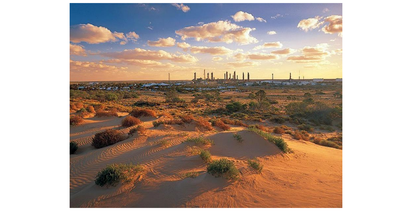