THE Waihapa oil field in Taranaki may still have the potential to be New Zealands best producing onshore oil field, with a new well drilled by operator Swift Energy New Zealand (SENZ) flowing more than 2000 barrels of oil per day (bopd).

Industry sources said the Waihapa-H1 well – a new well drilled earlier this year from a new well site – flowed at rates close to 2500bopd before being choked back to avoid formation damage to the fractured Tikorangi limestones.

They said Waihapa-H1 and a sidetrack of the existing Waihapa-4 well could return field production to 4000bopd or more.

When Waihapa was discovered in 1988, it first flowed at rates exceeding 10,000bopd – making it one of the best producing onshore fields in New Zealand or Australia.

But formation damage and water cuts later led to production dropping drastically to less than 1000bopd, earlier this decade.

SENZ president Alan Cunningham today confirmed the drilling earlier this year of Waihapa-H1 and the Waihapa-4 sidetrack into the Tikorangi Formation but he declined to comment on flow rates.

“We have a busy program scheduled for Waihapa, with plenty of activity. But you will have to wait for the next quarterly report from Houston for any further details,” he told PetrolemNews.net from Wellington.

Cunningham confirmed the deep gas well Kowhai-A1 in licence PEP 38742 was nearing its target depth but declined to comment further.

Cunningham also declined to comment on continued testing of some zones in the onshore Taranaki Goss-A1 and Trapper-A1 wells.

Last month, SENZ reported the deeper Eocene-aged objectives proved non-commercial, but that both exploration prospects had intermediate depth objectives worthy of testing. It is understood the zones of interest include the Mangahewa, Tikorangi and Tariki formations.

Goss and Trapper are the second and third wells to be drilled in conjunction with state-owned downstream player Mighty River Power. The first, Tawa-B1, was a duster last year.

Houston-headquartered Swift Energy is due to release its third quarter results in either late October or early November. 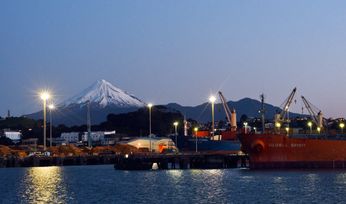 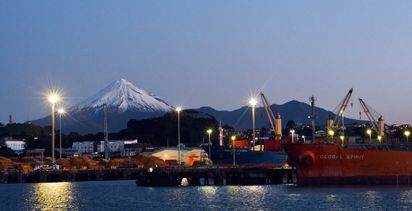