A row of wind turbines marks one of Australia's most exciting hybrid renewable energy projects. 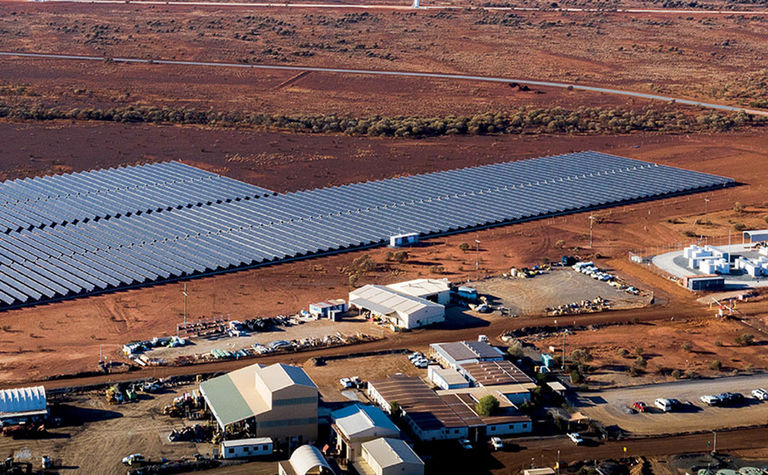 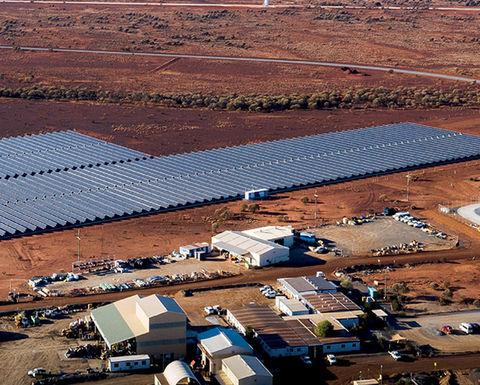 A row of enormous wind turbines cutting through the red dust of the eastern goldfields near Leinster, about 870kms north-east of Perth, marks one of Australia's most exciting hybrid renewable energy projects.

The five 110m-high turbines with 140m-wide rotor spans are the first used for large-scale power generation at an Australian mine, and are the dominant source of power at global mining company Gold Fields' Agnew gold mine. Along with more than 10,000 solar panels, a battery, and a gas and diesel power plant, they form the five energy technologies incorporated into power producer EDL's Agnew hybrid renewable microgrid, making it an unparalleled power generation system.

The project's innovative approach to addressing the limitations of different generating technologies and achieving balance between fuel efficiency, economics, reliability and flexibility has garnered national and international recognition. In 2020, the Agnew microgrid took top honours at the Australian Engineering Excellence Awards, the Asian Power Awards and the Global Energy Awards.

The microgrid is the result of a collaboration between EDL and Gold Fields to power the Agnew mine, which produces more than 220,000 ounces of gold annually. It attracted Federal Government backing through the Australian Renewable Energy Agency, which contributed more than 10% of the $112m cost, an important step according to EDL Chief Executive Officer James Harman, in helping ‘prove-up' the trailblazing technology.

Part of that technology is the ‘brain' driving the energy supply, an advanced control system integrating five power sources and optimising renewable energy into the microgrid at an average of 50-60%, recently achieving a record 82% renewable energy over a day. The ‘brain' also ensures 99.99% reliability by reacting swiftly to changes in load and eliminating unplanned outages.

Gold Fields Energy Manager James Koerting says it's not surprising, given its complexity, that some observers considered the generation system the ‘stuff of mad scientists' before it was built.

In developing the ambitious project, EDL faced the challenges of integrating five energy technologies, which had never been done before in an Australian mining operation.

"We're really excited about that," he says.

"All the big mining companies are committed to reducing their carbon footprint and many have zero carbon ambitions.

"This type of clean energy technology, in providing an absolute key input into mining operations, is the game changer.

"It's got such widespread application for distribution of energy across Australia for remote communities or mines.

"A lot of these power stations in the past have been built on fossil fuel technology, whether diesel or gas. We're proving at Agnew that we can build new energy solutions with hybrid renewables that are more reliable than the grid, more sustainable than using fossil fuels, and at a competitive cost."

Mr Koerting explains that previously the Agnew mine depended on power delivered the old fashioned way — poles and wires, but as with any fringe of grid system, it was susceptible to deterioration and outages.

He explains that Gold Fields' vision is to be "the global leader in sustainable gold mining" and that the partnership with EDL was the perfect pairing. It showed the mining company's commitment to decarbonising its operations not just in Australia but globally.

"The important thing is that using renewable energies introduces a new risk profile to power supply, and power supply is key to gold production," he says.

"EDL had the operational capability, were competitive in the market for the project and also had the reputation and demonstrated hybrid renewable capability to mitigate those risks."

The 56MW Agnew hybrid renewable microgrid is Australia's largest, and the fi rst to use wind energy on a large scale at a mine site

He says the new power system is not only ‘greener' and more efficient for the mine, but the investment gave employees confidence the operation was there for the long term. At the same time, Gold Fields built a new accommodation camp on site, meaning employees no longer needed to commute 30kms to Leinster at shift start and end.

Mr Harman says the next step is to investigate more energy storage capability at Agnew, to capture excess renewable energy for use when load requirements increases.

APA to build its first microgrid for WA gold mine

Gruyere JV microgrid to be ready by end of 2021 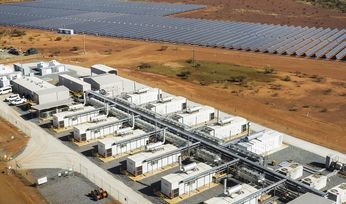 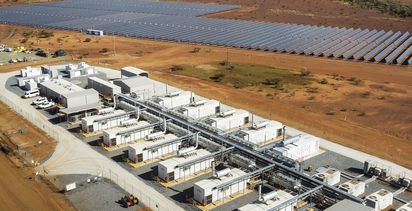 US company teams up with NASA for lunar microgrid