CHEVRON Corporation has revealed that the costs associated with the Wheatstone LNG project have blown out by $US5 billion ($A6.57 billion), and that Gorgon Train 2 quietly started production last month. Wheatstone and Gorgon Train 3 are all expected to come online next year, but Chevron has admitted that it went into both of the mega-projects not fully understanding what it was getting into.

On Friday Chevron chief financial officer Patricia Yarrington said Wheatstone now has a total capital cost of $34 billion, up $5 billion, or around 17% on the initial $29 billion estimate.

The main villain in the cost calculation was a much publicised delay in module delivery. The original Malaysian fabrication yard had been unable to cope with the work scope and other yards were needed.

All modules for Train 1 and Train 2 are now onsite and the installation of piping, electrical, and instrumentation continue as planned.

When questioned why Wheatstone's costs were higher given the lower Australian dollar and supposedly weaker labour market, which should have translated into better productivities, Yarrington was forced to admit Chevron had fumbled the ball in not fully understanding the quantity of materials that were required for Wheatstone.

"At the time we took FID [final investment decision] on Wheatstone, engineering was at about 15% complete and so the rest was based on rules of thumb and factors," Yarrington explained.

"As we matured, the engineering definition, the amount of quantities needed increased substantially."

She said the company faced similar challenges on the Gorgon megaproject and was seeking to improve project execution. Gorgon had a budget of $S37 billion when it was sanctioned, and its last cost, reported in 2013, was $54 billion.

Yarrington also revealed that Gorgon Train 1 is finally operating well, at a stable average rate of 110,000 barrels per day or about five million tonnes per year, close to nameplate.

Gorgon has now shipped 17 cargoes and, now that Train 2 is operating, she said the company expects to ship two to three cargoes per week.

Gorgon Train 3 is expected in the second quarter of 2017.

Wheatstone partner Woodside Petroleum (13%) said this morning that while Chevron's costs had blown out, its exposure will be minimal due to the differing upstream positions associated with the project.

Most of the costs were to parts of the wider Wheatstone development to which it had no exposure.

Expecting its share of the increase will be less than 8%, Woodside said Chevron's updated guidance did not come as a surprise as it had expected an increase of that size when it snapped up the assets from US independent Apache Corporation.

Woodside estimated its share of expected construction costs at $1.858 billion, on top of its investment of almost $2.8 billion to buy into the project.

The Perth-based oiler revealed earlier this month that development of its upstream part of Wheatstone, the Julimar field (65%), recently completed all construction and commissioning work on schedule and under budget.

In terms of the wider project, Woodside updated its cost expectations last year when it secured entry to the project and, based on guidance provided in February.

If it avoids the start-up issues of Chevron's Gorgon LNG project, Wheatstone is expected to begin production in mid-2017, with the second train expected 6-8 months later.

Wheatstone is expected to contribute over 13 million barrels of oil equivalent of annual production to Woodside once both trains are fully operational.

RBC Capital Markets analyst Ben Wilson said that the overall Wheatstone cost blow-out was already factored into market expectations and may be at the low end of consensus expectations.

Woodside's share of the increase was not material, and the company had already taken a pre-tax impairment of $US865 million due to lower forecast oil price outlook since 2014, Wilson said.

Sluggish US oil growth might let Saudi re-open the taps 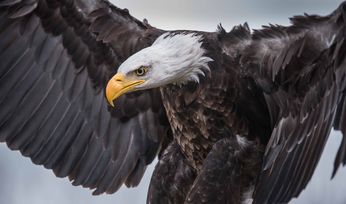 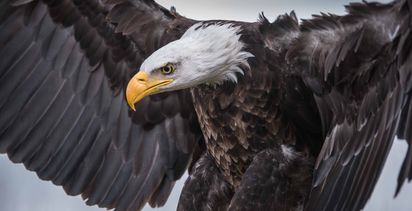