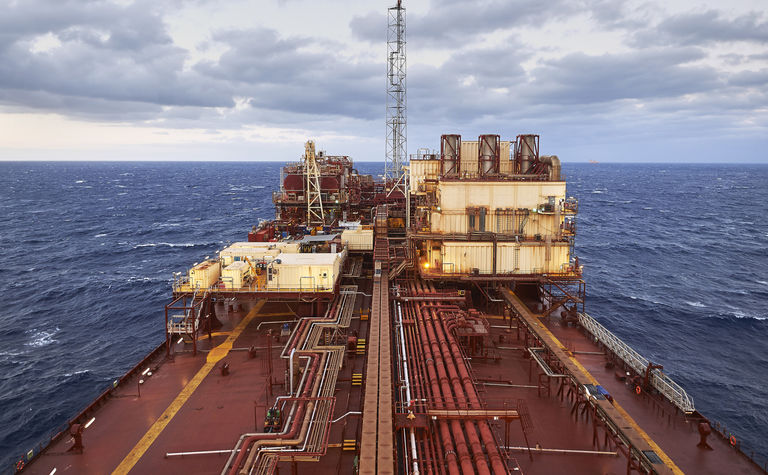 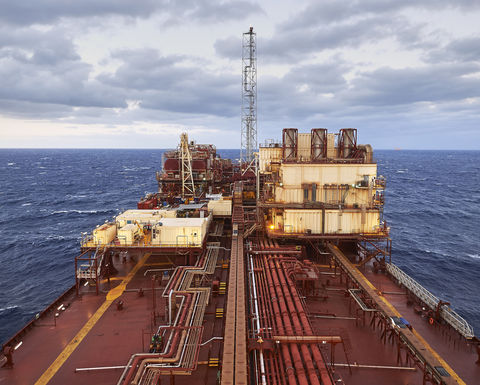 According to the latest Resources Energy Quarterly, prepared by the Office of the Chief Economist, overall crude and condensate production increased over the last financial year by a massive 18%.

This is attributable to Woodside's Greater Enfield project.

The Greater Enfield project is a joint venture between Woodside (60%) and Mitsui (40%) located in the Carnarvon Basin some 60 kilometres offshore Exmouth.

Oil is produced from the Laverda, Canyon, Norton, and Cimatti fields within WA-28-L and WA-59-L and then tied back to the existing Ngujima-Yin floating production storage and offloading vessel.

A final investment decision for the A$2.7 billion project was made in June of 2016 and first oil was reached in mid-2019.

In Woodside's own full-year 2019 results, released in mid-February, the Greater Enfield project added roughly 4 million barrels of oil to production since it was brought online. It is currently producing at around 40,000 barrels per day.

The massive increases in production were somewhat offset by Prelude FLNG's shutdown which shuttered associated crude and condensate output.

"Late in the fiscal year, condensate and liquid petroleum gas production was affected by the temporary shutting of the Prelude FLNG project from February 2020," the REQ said.

"As of September 17, Prelude remains offline, with no official restart date announced."

Despite the problematic Prelude project, crude and condensate production from Australian fields is still expected to increase over this financial year.

However this will be marginal as output recovers at existing fields. According to the REQ condensate accounted for 47% of total Australian liquids production.

Beyond 2021-2022, the REQ  warned that deferrals of final investment decisions in the upstream space would affect future condensate, crude, and LPG production.

It did not specifically name which upstream developments it was worried may not make FID in the short term, however two of Woodside's major gas developments Scarborough and Browse have both been delayed due to oil price, as  has Santos' Barossa, which is destined as backfill for Darwin LNG. Scarborough, however, is a dry gas development.

Though crude production increased over the last financial year, and is expected to continue this year, the value of crude has taken a hit.

The REQ noted that while exports were roughly 15% higher in 2019 on the year prior, and that exports would increase by a further 5.9% this year, export values were forecast to decline by 20% to $7.3 billion.

Next year, as the oil price likely  increases from the current mid-US$40/bbl benchmark to US$50/bbl, the REQ  said export values of crude would increase by 15% to $8.4 billion.

Prices are expected to increase from US$45 a barrel in the March quarter of 2021, reaching US$51 a barrel in the December quarter of 2021. However, prices in 2021 are expected to remain below the 2015-2019 average, as aviation demand is limited and road activity remains somewhat affected. In 2022, prices are forecast to increase further, reaching US$57 a barrel by the December quarter.

Statistics released by the Western Australian government found a resource and oil and gas sector booming through the global COVID-19 downturn with oil sales actually rising to A$2.6 billion based on higher volumes despite pricing lows.

"While also negatively affected by lower prices, oil sales were up on account of a 63% increase in production volumes to five million kilolietres, a level last observed in 2016-17," the government said.

This has been driven by the start up of Woodside Petroleum's Greater Enfield project, a return to production at its Vincent field and BHP's Pyrenees oil field after shutdown.

Overall the contribution from LNG is down, but it remains the second most valuable export two years running at $27 billion, although vastly surpassed by iron ore which this year is worth over $103 billion, and ahead of gold which inched up this year close to $16 billion thanks to a record price of A$2300 per ounce.

Slugcatcher on a word not often heard these day, growth