JUST how far has Big Oil fallen? There are now just two oilers on the FTSE 100, despite energy having been the biggest sector on the index just four years ago, as US oilers alone watched their reserve values plummet by more than $US500 billion ($A665.2 billion) last year. 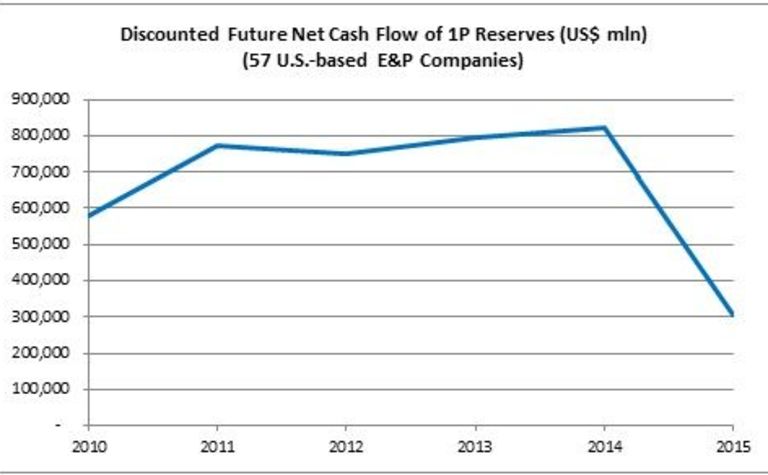 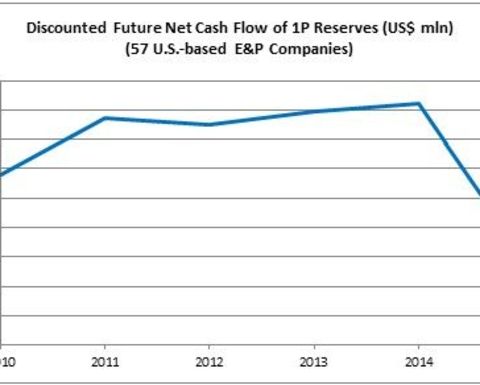 Royal Dutch Shell and BP are the only two oil companies left on the FTSE 100, down from eight in 2012 when oil and gas was the biggest sector on the London index.

Shell recently posted its worst earnings in a decade last year while BP, which has incurred $A55.5 billion worth of costs for the 2010 Deepwater Horizon tragedy, reported its biggest ever loss for 2015.

The news came just as the US Energy Information Administration released new data showing hydraulic fracturing now accounts for about half of current US crude oil production, up from barely 2% in 2000, when about 23,000 hydraulically fractured wells produced 102,000 barrels per day of oil in the US.

By 2015, the number of hydraulically fractured wells grew to an estimated 300,000, and production from those wells had grown to more than 4.3MMbpd, making up about 50% of the country's total oil output.

This new oil production has primarily come from shale and other tight rocks in the Eagle Ford formation and Permian Basin of Texas, and the Bakken and Three Forks formation of Montana and North Dakota.

Yet while the country's shale oil industry has surged and has continued to show remarkable resilience that has surprised in particular the Saudis who wanted to force them out, the US players are now most certainly hurting.

New analysis from London-headquartered energy intelligence firm Evaluate Energy has revealed that the global proved reserves of 57 US-based exploration and production companies plummeted by a combined 63% between 2014 and 2015, a staggering $515 billion loss due to the oil price downturn.

These values are calculated using average commodity prices for each year, and Evaluate says that if that data was based on year-end prices, there would have been a sharp fall in 2014 as well.

However, because the price downturn did not begin in earnest until the fourth quarter of 2014, the present value of reserves in that year were largely unaffected, and the full force of low oil prices hit in 2015.

Out of the group of 64 companies, New York-listed EQT Corporation had the biggest drop in its discounted future net cash flows of 1P reserves, experiencing a fall of almost 80% to $978 million.

ExxonMobil, whose global 1P reserve value fell 66% to $71 billion, while Chevron experienced a 54% drop and ConocoPhillips 69%.

However, Evaluate said these drops were not necessarily completely related to prices, as there are a number of other factors that can have a negative impact on reserve value from one year to the next, like a large asset sale.

"A closer look at the data and how the present value changed between 2014 and 2015 will give a better indication of the companies that were hit hardest by changes in values related specifically to the price downturn," the firm said.

"Each company has to report both the impact on 1P reserve value caused by a change in pricing and production costs, and revisions being recorded in the company's reserve reports."

"These two items would carry the majority of the impact of the price downturn on US company reserve values."

This identifies them as the companies that have had their reserve values hit hardest by the price downturn.

US oilers getting better at low-cost production and plowing profits into more drilling. 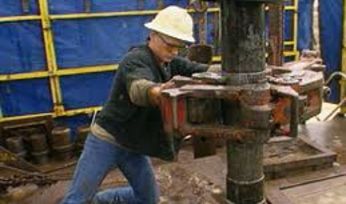 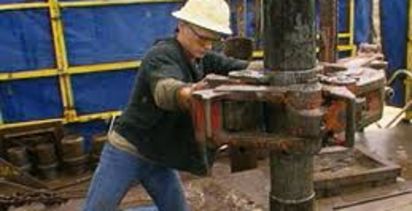 Shell's influence and lobby spend laid out in new report