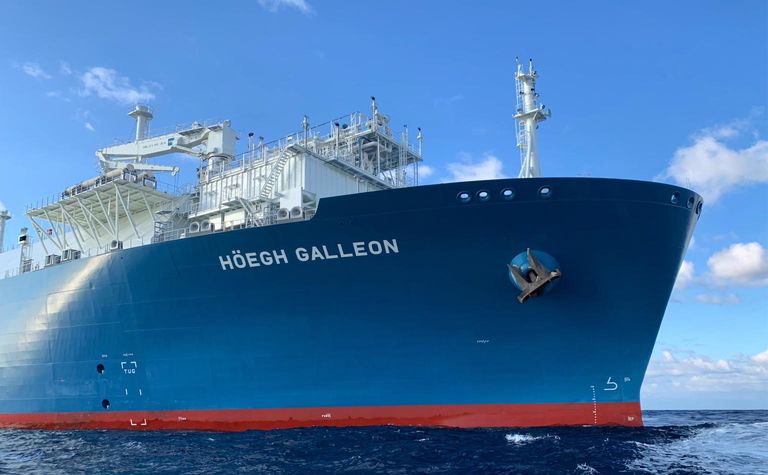 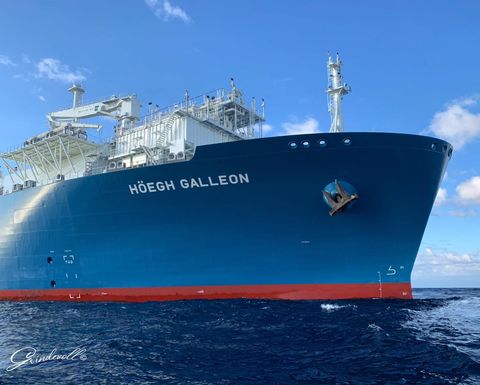 AIE, a subsidiary of Andrew Forrest's Squadron Energy and Tattarang, is currently building a 2 million tonne per annum LNG import terminal, while its sister company, Australian Industrial Power is building a 660MW combined cycle dual-fuel power station adjacent to it, which will source natural gas from the terminal.

Hoegh was in negotiations with AIE to secure the time charter party agreement back in May. AIE said this morning that the Hoegh Galleon FSRU will serve the terminal as part of the agreement, which formalises the previous exclusivity agreement.

The FSRU was built in 2019 by Samsung Heavy Industries; it has a cargo capacity of 170,000 metres-squared and has a regasification capacity of 750 million metric standard cubic feet per day.

It is currently on an 18-month interim charter with Cheniere Marketing, according to Hoegh's website, however the terms of the charter ensure the availability to serve Port Kembla.

The terminal is expected to be operational by mid-2023 and will be connected to the Eastern Gas Pipeline via a 12km pipeline after AIE signed an agreement with Jemena in March.

Tattarang and AIE chairman Andrew Hagger said now that the agreement had been secured, it was time for gas suppliers to step up.

"Now that critical infrastructure agreements and approvals are in place for the terminal, we look to NSW and Victorian natural gas retailers to now take active steps to help resolve the energy security crisis they have warned about," he said.

"With the phasing down of Australia's fossil fuel industry already underway, the terminal will be critical to ensuring hundreds of thousands of Australian businesses and households avoid supply shortfalls from 2023 onwards."

AIE was originally a consortium made up of Squadron and Japan's Jera and Marubeni.

The idea was to source Jera's portfolio gas to send to the station given the company is the world's single largest gas buyer. The two companies pulled out last year, leaving Squadron as sole member.

AIE said this morning that as part of the agreement the parties would start to develop a new generation FSRU capable of receiving hydrogen and other clean fuels.

It said the final design is yet to be confirmed but the future vessel is expected to have the capability of delivering both gas and green hydrogen.

Energy News understands that this new FSRU is intended to replace the Hoegh Galleon once it is built, as part of the company's broader decarbonisation strategy. A concept image of the Port Kembla Power Station

"We share AIE's clean energy vision and look forward to working together on the next generation capabilities that will ensure that the Port Kembla Energy Terminal remains at the forefront of the energy transition," Höegh LNG chief development officer Richard Tyrrell said.

In August, the power station element of the project was declared Critical State Significant Infrastructure by the New South Wales government, some two years after the LNG terminal received the same declaration.

The federal government committed A$30 million to support the power station last month, saying the project will be sorely needed to reduce market volatility risks in NSW.

However Energy News understands that AIP has yet to determine where it will source the hydrogen from.

Forrest has faced criticisms of hypocrisy over the two projects, after declaring that his separate Fortescue Metals Group will become carbon neutral by 2030 while also lashing companies like Santos and Woodside over their future gas projects.

The import terminal is expected to plug the east coast supply gap until at least 2026, according to the Australian Energy Market Operator's Gas Statement of Opportunities, so long as first cargo is delivered by winter 2023.

AEMO modelling forecasts that up to 19GW of dispatchable capacity will be needed to support the growth of renewables, however the operator has flagged that batteries may be the more economic option to fill the gap.

The Port Kembla terminal is the preferred choice of the government and it was listed on Friday's National Gas Infrastructure Plan as critical to maintaining supply, in addition to gas from the Beetaloo and Gunnendah basins coming online mid-decade. 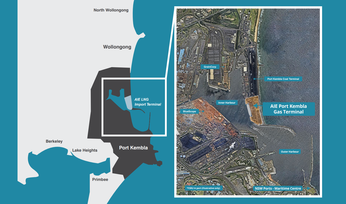 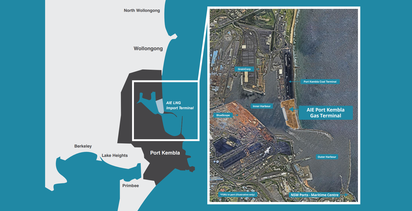 Shell and BlueScope to explore H2 opportunities in the Illawarra