AT LEAST nine people have been arrested at an Extinction Rebellion festival in Perth on Friday as activists staged lie-ins on major roads and one group tried to glue themselves to a table outside Chevron’s headquarters. 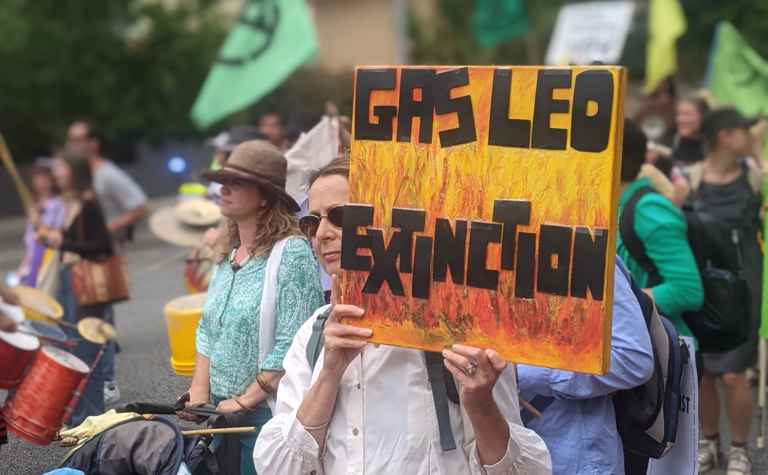 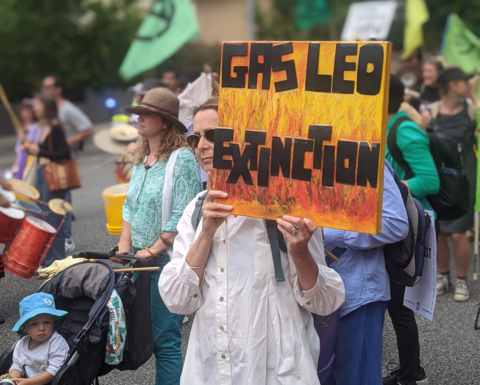 The activist group hosted a "Festival of Love and Rage" aiming to reinvigorate its supporters after a period of hibernation during the COVID-19 pandemic and draw attention to what they believe is politicians' and industry's inaction on climate change.

The protest also vilified the relationship between the oil and gas industry and the Western Australian state government.

"It's love for the planet and trying to keep it the way it is now for future generations and rage for the level of inaction from politicians and industry on the very obvious climate crisis that is going on," Extinction Rebellion spokesperson Emma Sangelli told Energy News.

"We need to let go of immediate economic interest and think about the future."

The march began on the edge of Kings Park with around 200 people, overseen by police on bike, horse and on a drone, before travelling down Malcolm Street, briefly blocking the bridge overlooking Mitchell Freeway.

The march featured local musicians performing in the procession as it continued down St Georges Terrace, before turning ugly when nine protests staged a lie-in on the street and refused to get up, while another six protestors attempted to set up plastic chairs and tables on the road to glue themselves on to, before being swiftly broken up by police.

At least one other person was arrested after blocking traffic in front of Mount Street, directly in between Woodside Petroleum and Chevron's headquarters.

Sangalli, who described the police's actions as "aggressive", said the inconveniences the group was causing the public now were nothing compared to the impacts of climate change in the future.

Climate and environmental protests are becoming more and more frequent in Perth given its location as headquarters for Australia's oil and gas companies and other US majors like Chevron, Inpex and Shell.

Last month a group from a XR affiliate, Grandparents for Climate Action, glued themselves to the entrance of the QV1 building, home to Chevron, and earlier this month an XR group graffitied the windows of Shell's headquarters, describing Prelude FLNG as a "death machine".

The protests come a day after activist group 350 Perth released a report outlining what it describes as the "cosy" relationship between the WA government and the oil and gas industry.

"Political progress on climate change is extraordinarily slow in Western Australia and not in line with the scale of the crisis we face," 350 campaigner Anthony Collins said in relation to the report.

"The main reason for this is that our state has been captured by the fossil fuel industry."