NEW University of Queensland research into trends before, during and after the CSG-LNG construction boom across the state's rural towns has revealed spikes in reported offences like pub brawls, prompting innovative solutions between bar owners, police and gas companies. 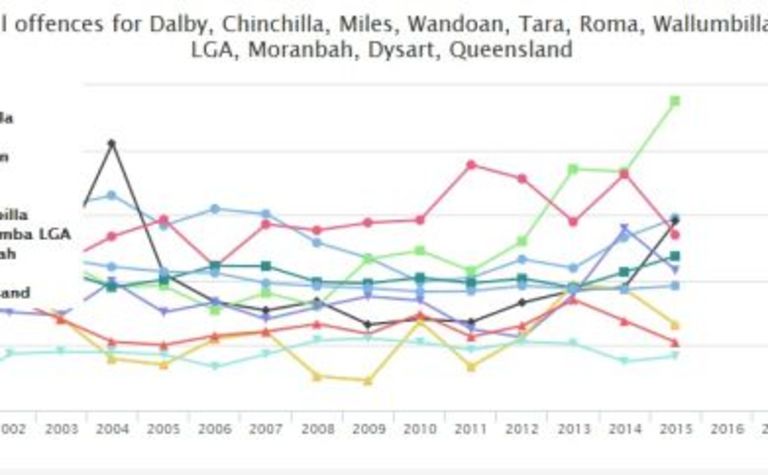 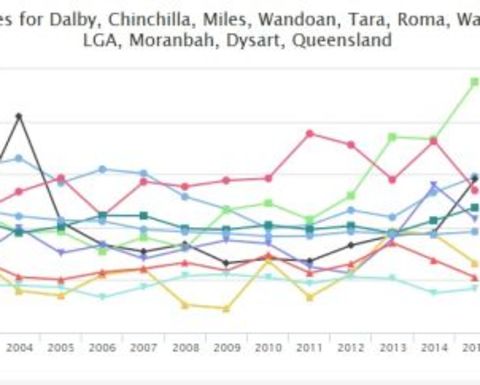 UQ researchers compiled town data booklets for nine target communities, with charts covering population, income, employment, housing costs and crime rates over a 15-year period to determine what was happening before the CSG industry took off, and where they could attribute the difference between long-term trends and short-term effects.

The data contained insights from interviews of up to 10 key stakeholders in each community including mayors, school principals, real estate agents, police commanders, community centre managers, hotel owners, heads of chambers of commerce and others in similarly prominent roles.

Researchers even addressed rainfall - considered critically important in an agricultural area - and petrol prices, which is a cost of living indicator; but are still seeking a "meaningful figure" for CSG activity around the level of energy use by town, number of mobile phone calls and sewerage flows.

The Maranoa region to the west of Brisbane, where Santos has historically operated, experienced significant effects of the CSG construction phase in 2011-2013.

In Toowoomba to the east of Roma, which was a gateway to the Surat Basin, drug offences rose from 2011 to be well above the Queensland average by 2013, though the rises in local crime rates were not attributed to CSG developments, according to the researchers' interviews.

UQ's figures for 2015 indicated a rising rate of drug-related crime, with the numbers trending upward just as they are across Queensland and Australia, so the situation certainly isn't unique to places impacted by CSG or LNG development.

"Our interviews found that some of this upswing in the CSG area might be attributed to greater availability of drugs occurring with the influx into the region of contractors - that is, new customers bring drug dealers, the police stated," UQ's report said.

The question going forward is to see whether the rise will abate now that fewer contractors are in the region, as suggested by declining figures on non-resident workers.

However, Associate Professor Will Rifkin, Chair in Social Performance at the Centre for CSG within UQ's Sustainable Minerals Institute, told Energy News it was important to remember that the trends across the region were not the same.

"If you look at drug crimes it's really gone up in some towns like Miles, yet in other towns it hasn't been so much of an issue," he said.

"Drug dealers come [to certain towns] because there's a market, because remember that in some of these domains like drug crimes, that's a market economy as well, same as the housing market.

"So although there have been good measures undertaken, a bit more investigation would reveal that some towns have dealt better with certain types of crimes."

A direct link with the CSG industry cannot be drawn as other factors could also come into play, such as a town's history and whether it is geographically placed as a "pathway" to the region.

Government statistics show that average incomes in 2015 seem to be staying higher, even though the CSG construction boom has ended.

Business incomes, which had been steady for a decade, shot up four-fold or more in several towns during the height of CSG construction. Data for 2014 - the latest data from the Australian Taxation Office - shows the start of a decline.

Researchers are now waiting to see where business incomes will level out or be higher than the period before the CSG boom.

While Rifkin's team still needs to dig a bit deeper before drawing any direct links between such touchy subjects as crime and an influx of workers, there was a spike in ‘good order offences' for things such as fights in pubs in places like Roma than in some of the other towns.

However, Rifkin said this turned into something of a "good news story" as various stakeholders got together to improve the social order.

"When the CSG workers and contractors came to town there were some dust-ups at the pub; the pub owners, the gas companies and police were notified and got together and invoked the Liquor Accord where they put some limitations on pub hours, and where these people could drink and hang out," Rifkin said.

"That really helped to cut down on the dust-ups at the pubs.

"That happened in a number of places. That Liquor Accord has been around for about 100 years, but it's just intriguing how what we call an ‘adaptive response' occurred - they saw there was something they could do so they got the three sectors together and did something about it.

"Chinchilla would be an example as there was a lot of CSG activity there. That was one of the early towns we investigated and that one [example of an ‘adaptive response' from the community] jumped out.

"Chinchilla was in the heart of CSG development, it's not a bigger or smaller town, so it's representative in some ways. Rome and Maranoa was also like that." 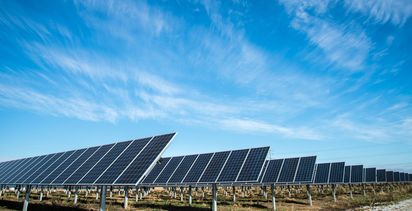