WOODSIDE Petroleum may need to buy the $US6 billion ($A8 billion) Equus project to help keep the North West Shelf full after Hess Corporation confirmed to Energy News it had put the project on hold and will close its Perth office. 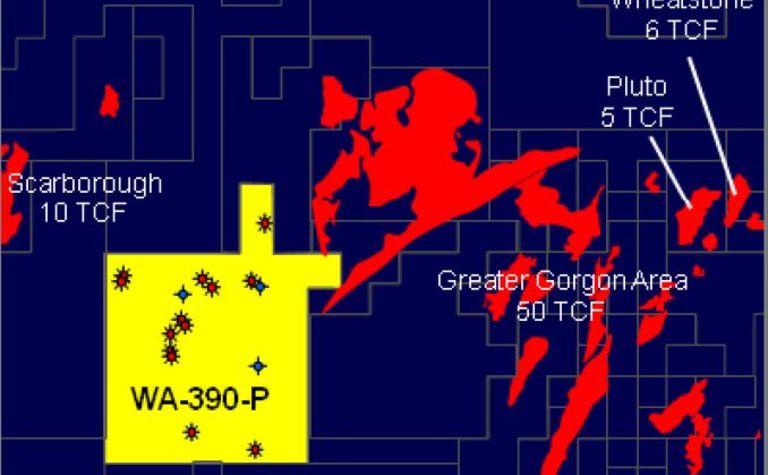 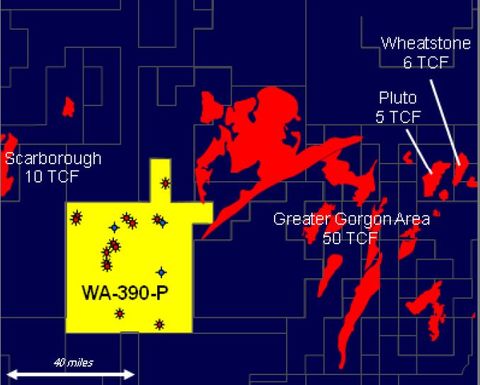 The US oiler would not rule out either a farm-out or complete sale of Equus, and it has not clarified its position on the Canning Basin leases that it secured from Clive Palmer’s Kingsway Oil after being dumped from its joint venture with Falcon Oil & Gas in the Beetaloo Basin.

A Hess spokeswoman confirmed to Energy News overnight that Equus, its most advanced Australian undertaking, was on hold, as “the the prolonged low oil price environment means the company has a reduced capital budget from which to fund major projects”.

“For this reason, the Hess office in Perth is expected to close in the first half of 2017, where approximately 55 employees and contractors currently work,” she added.

"Technical and commercial discussions have progressed. These discussions and studies will be put on hold with the rest of the Equus project."

The scope of that FEED included both technical activities and progression of key commercial agreements to inform a proposed final investment decision by the NWSV project participants in 2017.

When asked whether Hess was considering farming out the asset to keep the North West Shelf Venture going, she said: “we would not want to speculate about the future”.

Woodside has been contacted for comment about the potential impact on the NWSV.

WA-70-R is valid until 2021, about when the LNG glut is expected to balance out.

However, the game has changed for Hess whose exploration and production suffered a net loss of $234 million in the third quarter of 2016, more than the $188 million loss it copped in September 2015. This provided the bulk of its overall net loss of $339 million, up from $279 million.

The oiler reported last week it had cut capital spending by half to $435 million, and did not mention Equus in its development projects in its quarterly report, focusing instead on the North Malay Basin project offshore Malaysia (50%) and the Stampede project in the Gulf of Mexico.

The eight discovered fields – Mentorc, Bravo, Nimblefoot, Chester, Rimfire, Glenloth and Briseis – were to be developed with a central semi-submersible processing facility using a subsea hub and spoke arrangement.

Hess has already spent plenty on Equus, with Worley Parsons having completed the front end engineering and design for the semi-submersible platform.

Wood Group Kenny completed work for the subsea gas gathering system and a pipeline to link to an approved or existing liquefaction pipeline, which would need to be routed up the NWS escarpment.

Hess’ move could also increase the likelihood of developing the Browse Basin gas fields – Calliance, Brecknock and Torosa – through the NWSV, as Australia’s oldest LNG asset will still need gas despite Woodside buying half of BHP Billiton’s share of the remote Scarborough area gas fields in September.

Woodside CEO Peter Coleman told Energy News in a half-year roundtable this year that the company was in for some “serious conversation” in the next 2-3 years about “what we need to do to keep this [NWS] asset full, because it is a value asset”.

“We have developed everything we had in the cupboard and the JV has looked at the results of the Fortuna seismic survey and has decided they don’t want to drill any exploration wells, so we are starting to see some certainty around when the decline will occur on the NWS and we can get our heads around when we can fill it,” he said.

Coleman said Browse was still a consideration for the NWSV, but that would need JV alignment.

“We are now doing an open book [study] and we are looking at all the options including floating technology and the North West Shelf. The reason for that is the NWSV ullage is more apparent,” Coleman said at the time.

“We are more than five years into the ullage and also our costs are falling out of the market.” 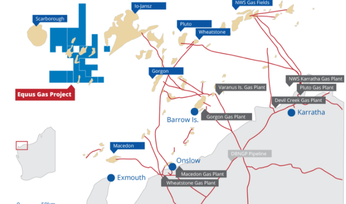 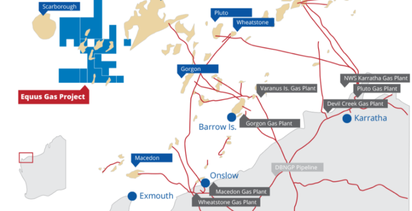 Equus to gallop ahead as MoUs signed with McDermott, BHG